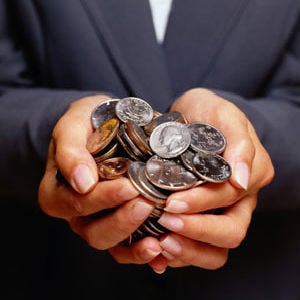 Several of the world’s billionaires have lost big chunks of their fortunes in the last few years as world markets tumble and investments go bad.

However, experts suggest that the gap between the rich and the poor has also increased substantially- a 2011 OECD study of its 34 member states concluded that this gap had “reached its highest level for over half a century”.

“Before the economic crisis, the rich could fritter away their money on lavish excess and the hoi polloi would dream of being able to do the exact same thing,” said Paul Hymers, finance director of Atlas Corporate Services.

“These days such spending is scorned, it’s not seen as big or clever, it’s just wasteful,” he said.

Hence philanthropy is on the rise and the rate of charitable giving in 2011 surpassed economic growth in both the UK and US, he added.

According to Hymers, a foundation is the most popular structure among super rich philanthropists.

“The reasons for this include that they have their own self-governing legal status, but they don’t have any shareholders. That means that assets transferred to the foundation belong to it.

“Also they afford a higher level of control to the founder,” he added.

While some countries like the US have published records of donations, other countries don’t, hence it’s difficult to exactly gauge who gives the most. Nonetheless, here are some of the most charitable people of all time.

The Microsoft co-founder, who is worth around $61 billion according to Forbes, is estimated to have given over $28 billion to charity.

Gates currently focuses on running the Bill and Melinda Foundation, the charitable trust that he founded along with his wife in 2000.

In June 2010, Gates, Warren Buffett and 40 other billionaires signed the ‘Gates-Buffett Giving Pledge’ in which they promised to give the majority of their wealth to charity over their lifetimes.

The CEO of Berkshire Hathaway and the third richest man in the world with a personal fortune of $44 billion, Buffett has pledged to give away 99 per cent of his wealth to philanthropic causes.

Towards fulfilling that end, he donated Berkshire shares worth $30 billion to the Bill and Melinda Foundation in 2006.

A recent US Senate legislation that imposes at least a 30 per cent tax rate on the ultra-rich has even been nicknamed the “Buffett Rule” in response to the billionaire’s remarks that the wealthiest should pay higher taxes.

The Hungarian-American billionaire investor has donated over $7 billion since 1979, most of it through his Open Society Foundations.

The foundations fund a range of initiatives around the world in sectors such as education, public health, business development and independent media.

“When I had made more money than I needed for myself and my family, I set up a foundation to promote the values and principles of a free and open society,” George Soros has said. Forbes estimates his net worth at $20 billion.

The Intel co-founder, currently estimated to have a personal fortune of $4 billion, has given away over $6 billion to charitable causes throughout his lifetime.

He began the Gordon and Betty Moore Foundation in 2000, which focuses on environmental conservation and scientific research around the world.

Moore is also known for his $200 million donation towards the construction of the world’s largest optical/infrared telescope.

The world’s richest man, estimated to be worth $69 billion, Carlos Slim has reportedly given away $4 billion for charity, mainly through his Carlos Slim Foundation.

The foundation focuses on education and healthcare, and some of its projects include a $100 million Clinton Initiative project that is funding 50,000 cataract surgeries in Peru and a $20 million fund for SMEs in Colombia.

Born wealthy, US businessman George Kaiser has donated over $4 billion to charity through his family foundation.

“I suppose I arrived at my charitable commitment largely through guilt,” he wrote in a letter posted on the Giving Pledge website. “I recognised early on that my good fortune was not due to superior personal character or initiative so much as it was to dumb luck.”

Eli Broad created two fortunes by selling the two Fortune 500 companies he createdKB Home and SunAmerica, Inc. Currently, he focuses on philanthropy through his Broad Foundations, which include The Eli and Edythe Broad Foundation and The Broad Art Foundation.

The foundations, which have assets of $2.1 billion, fund urban public education initiatives in the US, support art museums and also help finance medical research.

“Philanthropy is hard work,” Broad wrote in a letter posted on the Giving Pledge website. “Many people think it’s easy to give money away. But we are not giving money away. We want our wealth to make a measurable impact. And after running two Fortune 500 companies, we’re having more fun now – and working harder – than ever.”

Indian business tycoon Azim Premji, estimated to be worth $15.9 billion as of 2012 by Forbes, started the Azim Premji Foundation in 2001 to improve India’s education system.

The head of IT firm Wipro, Premji donated shares worth $2 billion to the foundation in 2010. So far, its programmes have reached out to over 2.5 million children in 20,000 schools across the country.

“More than 99 per cent of our wealth will go to philanthropy during our lifetime or at death,” American Century Investments owner Jim Stowers and his wife Virginia said in the note posted on the Giving Pledge website.

Having both suffered from cancer, the couple started the Stowers Institute for Medical Research in 1994 to perform genetic research for the understanding of cancer, diabetes, heart disease and other conditions. The couple has donated around $2 billion to the institute.

The world’s richest Asian and the ninth richest man, Li Ka-Shing, worth $25.5 billion, is dubbed “Superman” in Hong Kong because of his capability.

A noted philanthropist, he pledged to donate one third of his fortune to philanthropic projects across the world in 2006.

He has donated over $1.41 billion through his Li Ka-Shing Foundation to support universities, fund medical research and provide aid relief during natural disasters.