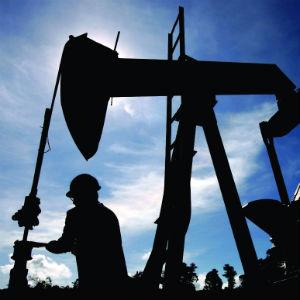 It won’t be a comfortable ride for oil prices during the rest of 2012.

As ever, the Eurozone, Iran and China will dominate the debate. The odds are that at least one of these will flare-up by the end of the year, knocking the cost of crude off balance.

What helps make all these tensions alarming is the lack of any international consensus about how they might be contained. Greece, for instance, has paralysed politicians and central bankers as it slowly imploded in recent months.

Even May’s meeting of the G8 failed to agree a specific action plan.

There were hopes that talks between Iran and six world powers would improve the situation, but the intense two-day discussions in Baghdad last month ended in stalemate. Oil spiked as investors saw no visible progress. The next meet will be in Moscow on 18 June. Few are holding out much optimism though.

The march of the Arab Spring in Syria is also proving explosive. The recent escalation in violence is an outcome that cynics predicted and peacemakers feared. The impact on oil prices will more than likely be substantial.

The price of North Sea Brent crude oil reached a peak of more than $128 in March before declining around $15 as tensions in the Middle East eased and oil supplies have increased.

A Reuters’ monthly oil poll in May, based on forecasts from 37 analysts, forecasts Brent averaging $115.10 a barrel in 2012, down $2.20 from an April poll – the steepest month-on-month cut in the poll over the past year.

Again, this can be put down to the Eurozone’s capacity to spook investors. Recent data showed a contraction in the bloc’s private sector, leaving the global economy on shaky ground once more.
There are also growing concerns that China’s once booming factories are beginning to falter and US manufacturing is weakening.

“News that the Chinese economy might be slowing and Greece’s problems have led to downward pressure on prices recently,” said Simon Wardell, a senior oil analyst at IHS CER in London. “The Eurozone and situation with Iran will still be the driving factor one way or another this year. we expect prices to fall a little further this year, but nothing too drastic.”

Others have issued a stark warning. The International Energy Agency’s chief economist said despite this fall, high oil prices remain a danger to the precarious global economy.

Iraq was the only country in the world that could significantly increase oil production given the decline of existing fields and rising demand in emerging countries, Birol said.

But Wardell said this might be over – egging it slightly. “Social spending seems to be something that’s come as a consequence [of the Arab Spring], but until now we’ve not seen something utterly tangible. I can’t see it coming at the expense of any upstream projects. In the Middle East, especially in Saudi Arabia with its huge spending push.

“If oil investment drops then it would affect the west in the sense that countries there rely on a large chunk of their oil from the Middle East. Prices would be adversely affected by a fall-off of in investment in the energy industry.

“The Iranians would be the biggest losers in a price drop. They are simply the most exposed. Iraq might come a close second, as they need all the oil revenue they can get,” added Wardell.

Most GCC states are able to count on large surpluses from prolonged high oil prices. For instance, the UAE’s oil export earnings could soar to an all-time high of nearly $140 billion this year. This is based on projections by the Saudi American Bank (Samba), which said crude prices could rise to their highest average and the country’s oil output could hit a record high.

Middle East governments will need to keep the Arab Spring-inspired social justice agenda going if they are to assuage unease around employment creation and investment in areas like healthcare.

It’s been no secret that the restive parts of the Gulf, particularly Bahrain, have startled some international investors and institutions. For instance, since the start of 2011, US and European banks have retrenched, opting to concentrate on their home markets.

Worryingly, some western oil companies are now structuring Middle East deals outside the region to hedge against future instability. Fawaz Elmalki, a director in the Dubai office of Conyers Dill & Pearman, said his clients are choosing offshore centres like Bermuda, the British Virgin Islands (BVI) and the Cayman Islands to base regional transactions.

Conyers Dill & Pearman is one of the few offshore firms with a physical presence in Dubai, and its exclusive and ‘expert’ focus on Cayman Islands, BVI, Mauritius and Bermuda law means it typically works alongside other international firms on the major deals across the region.

“When you talk about trust in a jurisdiction you’re talking about a common law-based legal system with political stability. We will benefit positively as people choose the off-shore centres that we deal with,” added Elmalki.

Whether it’s in the Eurozone, the Gulf or further East, political and economic volatility will continue to be the enemy of stable oil prices. With the years of downturn weighing heavy on markets around the world, it will surely be disastrous if high prices snuff out the flicker of recovery.

On the other hand, a savage drop will leave Gulf governments drawing parallels with the fallout from the credit crisis, which severely damaged their petrol-dollar income. Rulers in the region that are looking to support higher oil prices for budgetary purposes could be playing a dangerous game as elevated prices could suffocate foreign investment into the Gulf from oil consuming nations.

The rest of the year is unlikely to be smooth.