Following in his father’s footsteps was not a difficult choice for Youssef Al-Bahar.

The Emirati national is a passionate lawyer, and currently serves as the executive director of Al-Bahar Advocates and Legal Consultants in Dubai – the company founded by his father. An international certified arbitrator and regular columnist in the local media, he describes his job as a “noble profession”, which supports the application of justice in society.

In an exclusive interview, Al-Bahar rattles off the history of the profession as proof that this is an industry that has evolved significantly over time and will continue to remain relevant far into the future.

“The legal profession is one of the oldest professions in the history of mankind, with its beginning in the era of the ancient Egyptians and gaining further importance during the reign of Babylonian king Hammurabi, from 1792 to 1750 BC,” he elaborates.

“The formula at that time was that a person submits to another’s authority to bring him innocence from his grievances, in the form of simple defence, as not every human being has the ability to defend himself. After that, the profession began to develop in the later stages of time, up to the modern era, when unions and associations were formed that are governed by clear and organised laws.

“Also, this profession has been affected by political, social, and religious changes, the systems and methods of governance in different countries, and the way the judiciary is viewed and the extent of its independence. Every country applies the law that suits it, and it is our duty as lawyers to work on application of laws in the interest of achieving justice, defending our clients and reaching the truth,” he explains.

An important requisite for the legal industry is to keep pace with the rapid changes in society. In the GCC, the last year saw several laws being introduced or amended, covering aspects from Covid-19 relief and company ownership to tax and labour regulations.

But one aspect that has gained particular importance in recent years – in line with the boom in the digital economy – has been the challenge of cybersecurity. The global cost of cybercrime is projected to hit $6 trillion annually by 2021, according to Cybersecurity Ventures’ 2020 annual cybercrime report. That is further anticipated to rise by 15 per cent annually over the next five years to reach $10.5 trillion by 2025, according to the report.

Looking locally, over 80 per cent of organisations in the UAE reported at least one cyberattack in 2019, a survey of 150 senior IT executives in the country by cybersecurity company Proofpoint found. Over half of the organisations also reported multiple incidents, it stated.

Meanwhile a report by Trend Micro predicts that UAE’s home networks, remote working software, and cloud systems will be at the centre of a new wave of cyberattacks in 2021. Trend Micro systems detected a combined 13,100,616 email, URL and malware cyber-threats during the first half of 2020, according to its Midyear Security report.

According to the United Nations Conference on Trade and Development (UNCTAD), cybercrime is a growing concern to countries at all levels of development and affects both buyers and sellers. While 154 countries (79 per cent) have enacted cybercrime legislation, the pattern varies by region: Europe has the highest adoption rate (93 per cent) and Asia and the Pacific the lowest (55 per cent), it states.

“The evolving cybercrime landscape and resulting skills gaps are significant challenges for law enforcement agencies and prosecutors, especially for cross-border enforcement,” it adds.

“Cybercrime has spread across the world due to the rise in the usage of the internet and the spread of social networking sites. There were countries that were able to cope quickly with this change [in the way crime was carried out] and they issued laws that punish cybercrimes with deterrent penalties. So they maintained the security of their societies. However, others were late in enacting laws, which led to the absence of a deterrent punishment for this type of crime that directly affects the rights of people, their money and their interests,” explains Al-Bahar. 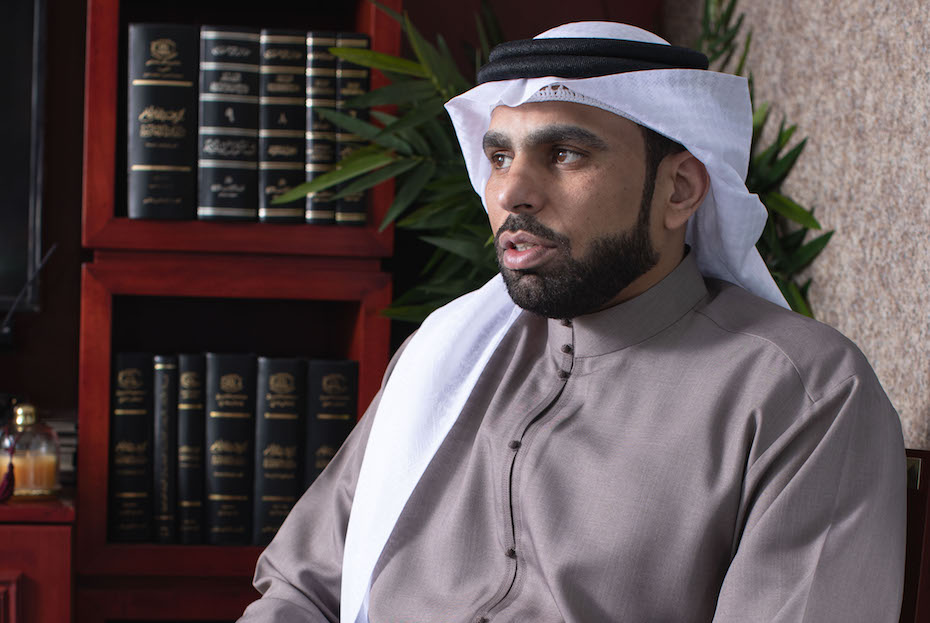 The UAE has been a front-runner in this aspect, thanks to its legislative flexibility, and its ability to be proactive in drafting laws. It has also established the so-called Smart Police, which is specialised in combating cybercrimes, while various laws and legislations have been enacted regulating communication through social media.

“The UAE was keen to develop a special law to contribute to preserving the rights of others and preventing infringement and this came in the form of the federal law 5 of 2012 on ‘Combating Cybercrimes’, which includes penalties and heavy fines aimed at protecting society,” states Al-Bahar.

Article 12 of the law states the penalty for a cybercrime in the country: “Shall be punished by imprisonment and a fine or either of these two penalties whoever gains access, without legal right, to credit or electronic card numbers or data or to bank accounts numbers or data or any other electronic payment method by using the computer network or an electronic information system or any information technology means.”

A person found guilty of using the data to take over the funds to benefit from the services which they provide, can face imprisonment for a period of at least six months and a fine not less than Dhs100,000 and not in excess of Dhs300,000, or either of these two penalties.

If the offender reached out to take over the funds of others – whether for themselves or for others – he/she can be jailed for a period of at least one year, and face a fine not less than Dhs200,000 and not in excess of Dhs1m, or either of these two penalties.

“Of course, this is a heavy penalty in order to protect society and preserve people’s financial rights. There are also other crimes on the internet, including threats, insults, slander and others,” Al-Bahar says.

The law also lists hacking – either of an email or a website as a crime, with the punishment increased when the hacked email is used to carry out fraud or when its contents are destroyed or published. The penalty for hacking currently carries imprisonment and a fine ranging between Dhs100,000 and Dhs300,000, or either of the two to “whoever gains access to a website, an electronic information system, computer network or information technology means without authorisation or in excess of authorisation or unlawfully remains therein”, the law states.

In the event that the perpetrator deletes, removes, destroys, discloses, alters, copies, publishes, or re-publishes any data or personal information from the website he/she accesses, the penalty shall be the imprisonment for a period of not less than one year, and a fine of not less than Dhs250,000 and not exceeding Dhs1m.

While the strict punishments will serve as deterrents to cybercrime, the best way to prevent such attacks is to raise awareness in society, says Al-Bahar.

“The first line of defence to prevent cybercrimes is to raise awareness in societies of how they [such crimes] are being committed by fraudsters for a very important reason – these offences are considered ‘cross international borders’ crimes, so the victim may not be able to file a report against someone who defrauded him and stole his money because he lives in another country or continent thousands of kilometres away from him,” the lawyer states.

“Hence we always emphasise the importance of not dealing with unreliable websites and not giving passwords to anyone, and not handing over our credit cards to anyone. If any person falls victim to a cybercrime, he must immediately address the bank to close his bank account, and submit a report to the police, because if the crime is local, all assistance and help can be provided to him, and the fraudster can be arrested,” he adds.

The importance of being vigilant online is particularly important in the current scenario, where the Covid-19 pandemic has heralded new ways of working and living.

Talking about the pandemic, the UAE has been quick to adapt new modes of functioning, with the judicial sector seeing the rapid adoption of technological innovation. “Thanks to the adoption of a remote litigation system, it became possible for all to visit virtual courts and attend hearings more easily. The courts also have adopted application of videoconferencing procedures for criminal proceedings and interrogation has been conducted and managed remotely. Currently, Dubai Courts conduct hearing proceedings in all cases 100 per cent electronically,” Al-Bahar says.

“I believe that the remote litigation system has become a reality of today and cannot be discontinued by going back to the conventional method of litigation,” he adds. 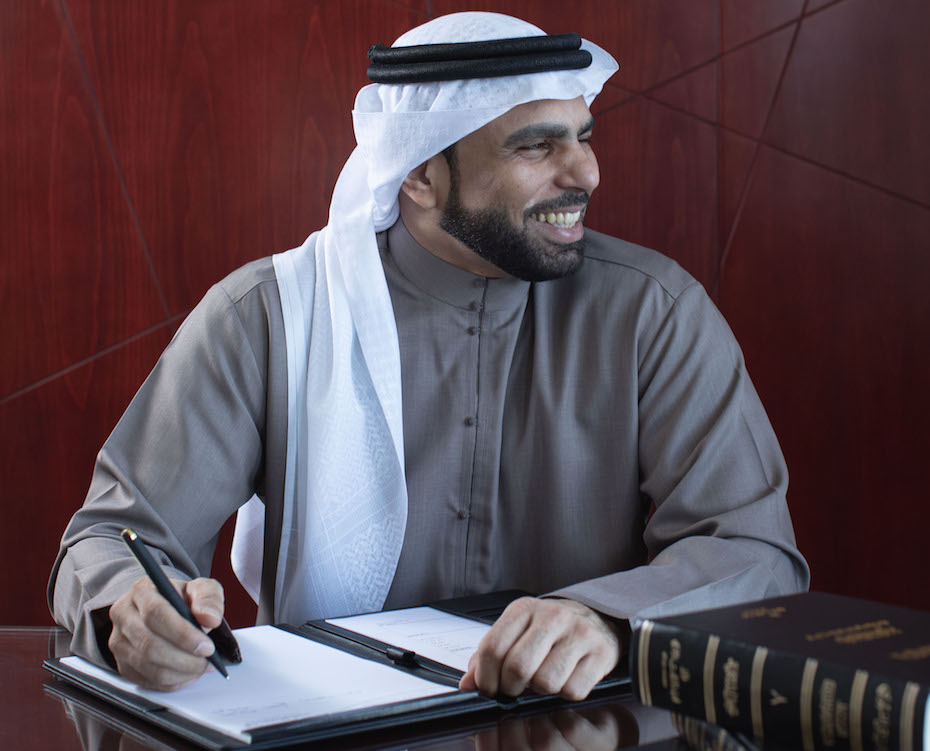 Another development that has made the UAE more attractive going forward is the easy arbitration options that it offers. Many companies, when looking to expand internationally, seek out nations with “clear laws” to ensure they are well-protected in times of disputes.

“Many prefer to resort to the principle of ‘arbitration’ to resolve their disputes instead of litigation by the traditional methods, since the latter takes a long period of time. That is why Dubai was proactive and established the courts of the Dubai International Financial Centre. As an arbitrator, I see that companies have become aware of and prefer to reach a viable solution to their disputes via arbitration to avoid disrupting the process of production and refrain from long court cases,” the lawyer states.

Looking ahead, Al-Bahar is bullish about the future – both professionally and for the UAE. “The UAE in general, and Dubai in particular, is strongly moving towards the future due to several factors, the first of which is the visionary leadership. The country possesses material and oil assets, human expertise, huge economic markets, and an ideal tourism environment, and this is what has prompted major companies to look to establish their own offices here.

“The procedures for opening projects in the UAE are easy and require few administrative steps. On the legal side, there is great support through the type of litigation that a person will choose, whether in the regular courts or the Dubai International Financial Centre courts or through arbitration or through an agreement to choose a litigation mechanism. The UAE legal environment is an attractive one for work and economic activities,” he argues.

The country’s economy will receive further momentum during the Expo 2020 event in Dubai, slated to begin later this year. The six-month long event, being held for the first time in the MENASA region, will be the “most prominent event” held during 2021 and will have a “very large organisational reflection on the movement of activity and commercial growth in the UAE”, opines Al-Bahar.

“It will have an impact on various sectors, including hotels, aviation, marine, air and land commercial traffic, and it will be a one-stop-shop for all countries to display their most prominent innovations. The exhibition will also be an opportunity for all countries to closely examine the economic, urban and advanced technology environment of the UAE,” he states.

“On the legal side, the UAE legislative environment is an ideal ground to support the efforts of Expo 2020 events, whether laws related to commercial movement and customs or others related to the judicial or arbitration aspect, so the UAE is legislatively ready to host this huge global event,” he adds.

The lawyer is also confident about the future of his firm Al Bahar Advocates and Legal Consultants, which is specialised in all types of lawsuits and has strategic partners in more than 400 offices around the globe.

“We have been able to overcome many difficulties and challenges, and have become one of the leading firms in the UAE. We have a lasting desire and passion to keep pace with progress and development while maintaining the ethics of the profession to the highest global level,” he states.
It certainly appears that Youssef Al-Bahar has a winning argument.