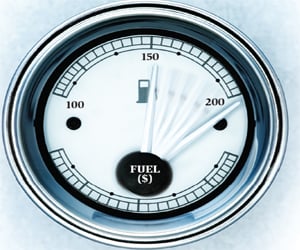 Kuwait is not alone in watching its breakeven crude prices double, even as oil prices climb.

The cumulative increase in fiscal breakeven estimates for the Gulf has been an eye-popping $42 per barrel on average between 2006 and 2011, underlining the increased sensitivity of GCC countries, particularly Bahrain, Saudi Arabia and the UAE, to oil prices.

“For the GCC, the average budget breakeven price stands at a manageable $77 per barrel,” notes a Deutsche Bank report. “But this masks a considerable range within the GCC, from a very comfortable USD45 per barrel in Qatar, to USD82 per barrel in Saudi Arabia, and USD103 per barrel in Bahrain.”

Estimates by The Institute of International Finance (IIF) indicate an even more depressing outlook for Saudi Arabia’s breakeven oil prices, placing the benchmark at $88 per barrel – a $20 increase from 2010 breakeven prices.

The bankers’ association expects Saudi Arabia’s break-even price to rise to $110 per barrel by 2015, as most of the spending increase in the Kingdom is ‘irreversible’.

Indeed, the new breakeven prices hover dangerously close to Brent crude prices, which are currently around the $105-110 per barrel mark. And while the triple- digits offer some respite, it is important to note that even during the past few years of high oil prices, the Brent briefly dropped to $39 a barrel in late 2009.

Gulf states are also worried about economic troubles in the US and Europe, which could see sustained dips in oil prices. Worse, a much-feared ‘hard landing’ could put the brakes on China’s economic miracle and send crude prices into a tailspin.

SAUDIS PUMP UP THE VOLUME

“We expect the oil boom-led economic diversification programme set up after the lost decade of the 1990s to continue over the next decade, unless oil settles in a marked or sustained manner below the regional breakeven price ($80),” notes BAML.

The investment bank forecasts that the Saudi government may start running deficits from the next decade onwards and accumulate domestic debt (12 per cent of GDP currently), increasing the oil breakeven fiscal price.

“In our view, unless current spending is reined in, the introduction of structural reforms (lower subsidies, higher non-oil revenues) will need to be contemplated.”

Riyadh-based Jadwa Investment Bank charts an even grimmer trajectory for Saudi Arabia. Based on the Kingdom’s current spending patterns and changes in the global and domestic energy markets, Saudi Arabia’s breakeven price will rise from $90.7 a barrel to a jaw-dropping $175.1 a barrel by 2020 and an incredulous $321.7 by 2030, according to Jadwa forecasts.

“We think it very unlikely that oil prices would reach these levels even after 20 years,” noted veteran economist Brad Bourland, who was previously chief economist at SAMBA and is a very influential economist in the region.

“Our assumption is that oil prices will ease slightly over the next few years before rising gradually with inflation from $90 per barrel for Saudi export crude in 2014. As a result, we expect that the budget will fall into deficit in 2014 and will not return to a surplus through to 2030.”

DEMAND TO THE RESCUE

Luckily for the Gulf States, oil remains a scarce and much needed global commodity. That’s the reason the price of crude has not crashed despite a poor global economic outlook, especially as it has been offset by restrained supply.

Production issues in Libya, the North Sea, Nigeria and Venezuela, and the risk premium over Middle East oil has meant that crude prices remain in triple digit figures, despite fears of an impending global recession. Most of the non-OPEC producers such as Russia, Norway and Canada are pumping at capacity, and others such as Iraq and Iran are failing to live up to their hydrocarbon potential, leaving crude supplies strained.

The International Energy Agency (IEA) recently noted that the Arab spring has slowed down investment in energy as Gulf governments have diverted funds to social welfare, salary hikes and non-energy investment programmes such as housing.

According to IEA estimates, the world needs to spend $38 trillion to meet projected energy demand up to 2035,
15 per cent higher than its 2010 forecast of $33 trillion.

While the IEA expects Saudi Arabia and Iraq to lead oil production increases over the next two decades, oil traders can clearly see that the IEA’s level of outlay is not being unleashed by the two governments.

Cynics would also add that Gulf producers are in no hurry to ramp up production, as that will ensure oil prices in triple-digits for the foreseeable future, and plenty of surpluses to stash in their rainy-day funds.

However, there is a major long-term drawback to this approach. Continued high oil prices will mean that Iran is also emboldened and powerful enough to confront the GCC bloc on various political fronts (including Iraq, Lebanon, Syria and Bahrain).

Even more worrisome is that high oil prices make it economically feasible for other countries to start investing
in non-conventional fossil fuel, such as the Canadian oil sands, and alternative energies like biomass,
wind, solar and nuclear.

Ironically, even Gulf producers themselves are investing in alternative energies for domestic consumption, to wean themselves off fossil fuel-based power sources.

Rainy day funds are a powerful tool at the disposal of some of the bigger Gulf producers to weather a sustaind period of low oil prices. This is especially true for Saudi Arabia, the UAE, Kuwait and Qatar.

Saudi Arabia, for example, boasts $562 billion in foreign assets alone. “The Kingdom could run a deficit of 10 per cent of 2010 GDP for the next decade without issuing any debt and still have official reserves of over $110 billion,” says Jadwa.

Bahrain remains vulnerable though, given its low oil production and scarcity of assets. Estimates show that Bahrain’s breakeven oil price is already at $103 per barrel, which is hardly promising for a country in the middle of massive political unrest. While Bahrain can count on neighbouring Saudi Arabia for financial support, the country remains the most susceptible among Gulf states to a crude price crash.

Even a country such as Qatar should not congratulate itself too much. Although its breakeven price, at $40-44, is the lowest in the Gulf, the emirate has witnessed the highest increase over the past five years in percentage terms.

“Overall, increasing oil sensitivity for GCC will likely be a source of risk, and although oil prices are expected to remain close to current elevated levels, a potential correction will likely be felt more than ever by the regional countries,” notes Robert Burgess, analyst at Deutsche Bank.