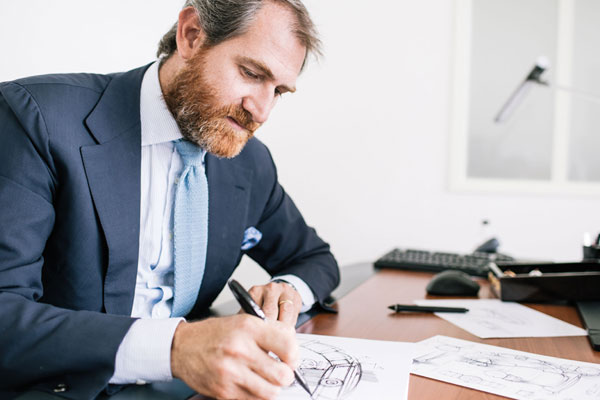 Take note: It took on more than worthy adversaries in Piaget and Audemars Piguet to break those records. Piaget previously held the world record for the world’s thinnest automatic watch, which it set with the Altiplano Automatic in 2017 and Audemars Piguet previously held the record for the world’s thinnest automatic tourbillion, a record it set 32 years ago.

“Before the Bulgari Finissimo, this segment of ultra-thin watches was a little bit of a sleeping beauty. But after Bulgari and after the Finissimo, many prestigious brands have revisited this category and introduced concept watches. It shows that Bulgari is a trendsetter,” says Fabrizio Buonomassa Stigliani, director of the watch design centre at Bulgari’s Swiss watchmaking headquarters in Neuchatel.

Buonomassa, who we meet during his recent visit to Dubai, is playing the long game. He is the man turning the incredibly thin wheels behind the scenes as the overall design chief for all Bulgari watches. He’s not only sketching the design of the watch that will appear on your wrist this time next year, but also imagining the watch that will show up on your wrist half-a-decade from now. 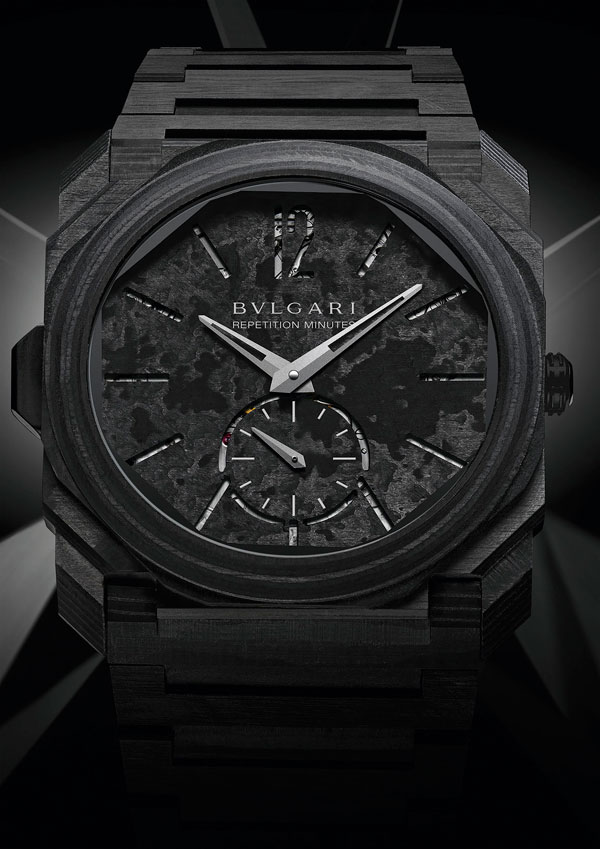 “Sometimes the time taken for watches to go to the market are the same as cars or even longer,” says the man who was responsible for designing the interiors of the Alfa Romeo and Lancia, before joining Bulgari in 2000. The Minute repeater, for example, took six years to design.”

As ringmaster, Buonomassa also needs to make the difficult decision to pull the plug on certain watches while they are still in the R&D stage itself.

“Sometimes we spend six to seven years developing the movement of a grand complication and then we think to ourselves, ‘come on guys who cares about this now?’ This is the risk we have to take. With a grand complication, you know when you begin, but you never know when you will finish. Sometimes you have components that don’t work, you have things you have to change and sometimes you just lose the momentum. It’s something that doesn’t happen often with us, but it does happen.”

This year Bulgari marks the 100th anniversary of its watchmaking division. A century of experience has taught it to turn threats into opportunity, which is exactly what it did in 1975 with the digital watch that began to threaten the existence of mechanical and quartz timepieces.

“The biggest threat in the 1970s was the digital watch. Gianni Bulgari took the digital module, made it in a yellow gold case and made 100 wristwatches for our VIP clients as a gift. By making the first luxury digital watch, he was transforming a constraint into an opportunity,” says Buonomassa.

Those 100 watches ended up being Bulgari’s first real collection of watches, but it wasn’t until around the time that Buonomassa came on board in 2000 that Bulgari began to pay far more attention to its watches.

It purchased the eponymous watchmaker Gerald Genta – the man behind iconic designs like the Royal Oak and Nautilus – in 2000, along with movement specialist Daniel Roth. These acquisitions set Bulgari on the path to self-reliance, technical independence and rapid innovation.

But the big moment was Buonomassa finally decamping from Rome to Neuchatel in 2011, where Bulgari’s own manufacture was set up. 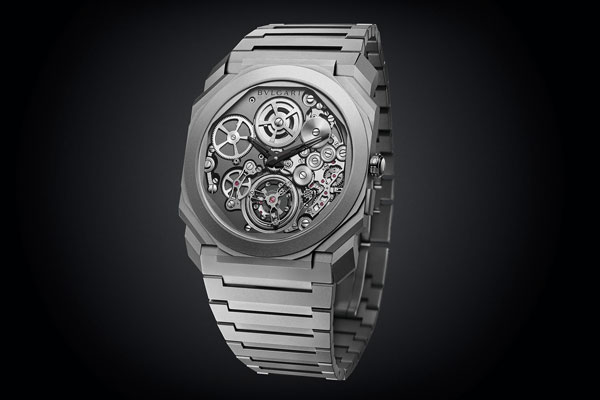 Bulgari released excellent renditions of women’s watches like the Lvcea and Serpenti at Baselworld this year, and as well as the record-breaking Finissimo Tourbillon, another timepiece that was very well received was the Octo Finissimo Minute Repeater in Carbon.

Winning the former prize shows that Bulgari’s technical watchmaking prowess is at its peak right now, while winning the latter award means – in the words of Buonomassa – that “it has become a design icon beyond the world of watches”.

Of all the territories around the world where Bulgari’s watches are retailed, Dubai remains a vital market, mainly due to its geographic location and affluent consumer demographic.

Bulgari is silently staging a horological revolution. The effortlessly elegant brand is disruptive, though not destructive. While several other Swiss watchmakers have allowed their R&D departments to slip into snooze mode, Bulgari’s elite crack team led by Buonomassa is going in for the kill – one watchmaking record at a time.