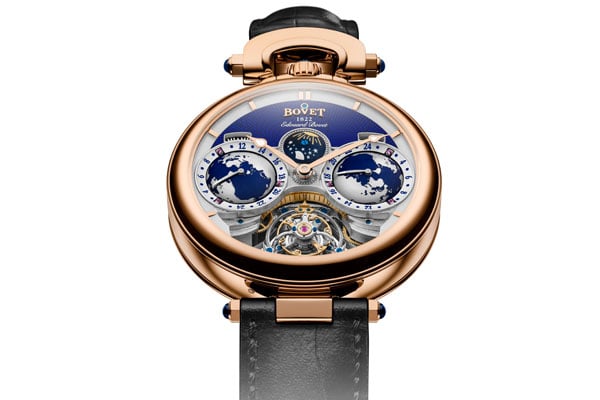 It’s been only a few weeks since the global launch of the Bovet Recital 22 Grand Recital (yes, that’s Recital twice in its name), the brand’s most complicated watch ever. A tourbillon, perpetual calendar, and a tellurium astronomical model were all worked into the wristwatch, the platinum version of which sells for just over half-a-million dollars at $502,200.

This Edouard Bovet Timepiece revealed ahead of the SIHH earlier this year in comparison isn’t as high-profile a timepiece as the Recital 22 Recital, but a very significant one nonetheless. 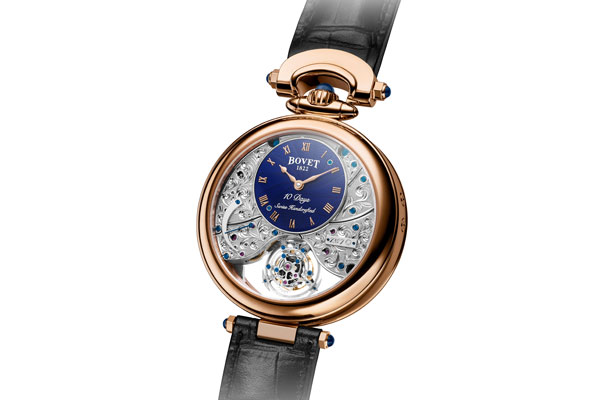 The Edouard Bovet Tourbillon timepiece was 3 years in the making and its release was meant to commemorate the 200 year anniversary of the journey undertaken by the brand’s founder, Edouard Bovet from brand’s founder from Switzerland to Guangzhou to do business with the East.

Bovet has taken the movement of its first flying tourbillion model it created in 2015 and redesigned it for the Edouard Bovet Tourbillon. The watch can display three time zones simultaneously – the local time can be seen in the central hour and minute hand, while two separate world map domes at 3 o’clock and 9 o’clock represent the time in one of the 24 cities around the world whose name is displayed just above both the counters.

The oceans on those highly intricate maps are coated in a hand-applied blue Super-Luminova. The watch features the Amadeus system which took the watchmaker’s current owner Pascal Raffy seven years to develop. The system allows an owner to repurpose the watch as a pocket watch, a table clock or a wristwatch too. 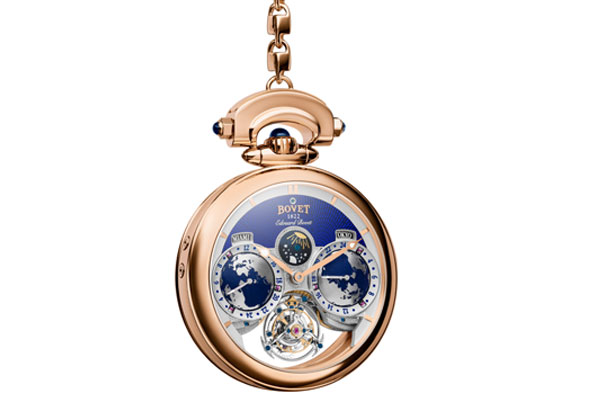 Because this watch can be viewed from both sides when in pocket watch mode, Bovet has laboured over the view from the back of the watch as well. It has a blue-lacquered guilloche-finished off-centre dial. The exposed surface of the movement is hand engraved beautifully as well.

At 8 o’clock a power reserved is indicated by way of a blue hand. It’s worth noting here that even though there are three time zones and a double-face flying tourbillon, the manual-winding movement does an excellent job of delivering a 10-day power reserve.

Bovet has a patent on the double-sided flying tourbillon which shows an escapement on one side and a balance wheel on the other. This special movement is limited to just 60 pieces – when Bovet talks limited edition, it limits the number of movements it produces, not the finished timepieces.

As for the finished Edouard Bovet timepiece, it’s available in variants of either rose gold, white gold or platinum and priced between $320,000 – $330,000. If you think that the images on the page don’t do justice to this timepiece, take a look at the video of it which was released earlier this week.