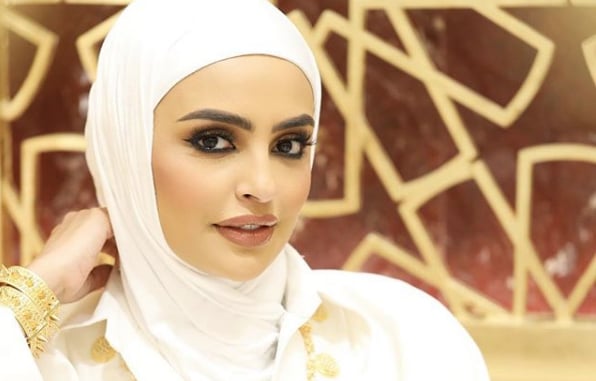 North America’s MAC Cosmetics confirmed late Wednesday evening in a statement that it did not support Sondos Alqattan’s beliefs and would be ending its relationship with her.

It was followed by Japanese multinational Shiseido, which said on Thursday it “does not support or align with the recent statements made by Sondos Al Qattan”.

The companies joined a growing list of beauty brands including Max Factor Arabia, Anastasia Beverly Hills, M. Micallef and Chelsea Beautique in distancing itself from the star, who has 2.3 million followers on Instagram.

On Tuesday, French hair brand Phyto also said it had asked its local distributor to end any partnerships with the blogger in Kuwait, describing her actions as “dreadful” in a social media post.

In a now deleted video posted to her account last week, Alqattan reportedly described new worker protections given to Filipino domestic staff in Kuwait, which include the right to keep their passports and mobile phones, a guaranteed rest day each week and set rest hours a day, as “pathetic”.

“For [a maid] to take a day off every week, that’s four days a month,” she was quoted as saying. “Those are the days that she’ll be out. And we don’t know what she’ll be doing on those days, with her passport on her.”

The comments sparked a backlash against the star and saw many of those offended by the video lobbying brands to distance themselves from her.

However, in an interview with AFP on Monday she appeared unapologetic stating that the outcry was “unjustified”.

She went on to insist that keeping an employee’s passport was not an “insult to them” and did “not concern humanity or human rights because I did not deprive the employee of her salary or beat her”.

“The servant lives in the house just like the owners, he eats the same food, sleeps, rests and goes out shopping… this is a natural right. He’s not like a waiter who works fixed hours, so we give him a weekly leave,” she added, according to AFP.

She published a post on Instagram the same day expressing similar sentiment but also denying she had ever “in any way mistreated an employee”.

Don’t judge a person without full understanding of the situation. Just because you don’t agree, doesn’t mean that you’re right!

In another video posted on Twitter this week, Alqattan reportedly hit back again saying the “foreign media campaign” against her was an attack on Islam and Islamic headdress the hijab.

She also said the negative response to her previous video was an intentional attempt to damage the reputation of Kuwait and the Gulf region and vowed to publicly disclose any brands that cut ties with her so her fans could boycott them.

Some brands do not appear to have been not put off by the controversy, with the blogger posting a picture of herself promoting products from Qatar-based Al Jazeera Perfumes on Tuesday evening.

The new protections given to Filipino domestic staff are part of a labour deal the Philippine government and Kuwait signed in may after a row following a series of abuse cases.

Philippine President Rodrigo Duterte banned his countrymen and women from being deployed to Kuwait for months this year after several domestic worker suicides in the country were linked to abuse by their employers and the grim discovery of the body of a murdered maid in a freezer.

Covid-19: Kuwait to impose travel ban on unvaccinated citizens as of May 22