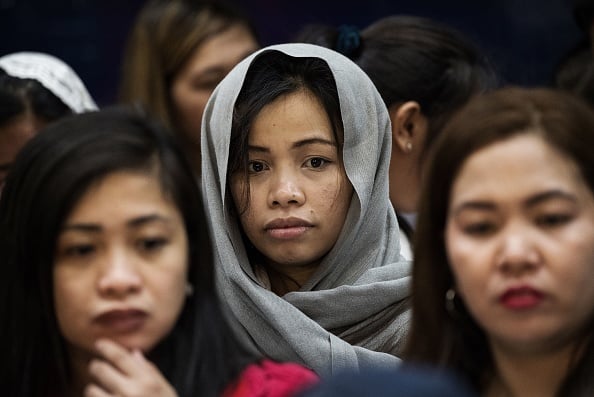 Kuwait and the Philippines agreed measures on Friday to regulate the employment of domestic workers from the Southeast Asian country, following a diplomatic row amid reports of abuse.

Last month Kuwait ordered the ambassador from the Philippines to leave the Gulf state within a week, and recalled its own envoy for consultations after staff at the Philippines’ embassy tried to “rescue” citizens employed as domestic workers following the reports of mistreatment.

The bilateral agreement includes the establishment of a mechanism to provide assistance to domestic workers from the Philippines on a 24-hour basis. It also bans employers who have records of abusing domestic help from recruiting Philippine workers, and taking legal action against them, according to a joint statement.

In March, Philippine President Rodrigo Duterte ordered workers in Kuwait to return to their home country after a Filipino migrant worker’s body was found in a freezer in an abandoned home. It was the latest incident in what Manila called a pattern of abuse in the Gulf state.

The agreement signed on Friday did not include the lifting of Duterte’s order, but Cayetano said it was being discussed.

“We will make the necessary recommendations to lift the ban on skilled Filipino labour in Kuwait,” Cayetano said.

“The final decision to lift the ban is in the hands of the president,” but they are moving in that direction, he added.

Cayetano said Kuwait and the Philippines would start to discuss arrangements for Duterte to visit Kuwait and Manila would soon appoint a new ambassador to Kuwait.

Workers in many Gulf states are employed under a sponsorship system that gives employers the right to keep their passports and exercise full control over their stay.

Rights groups say the system leaves millions of workers in the region open to exploitation.