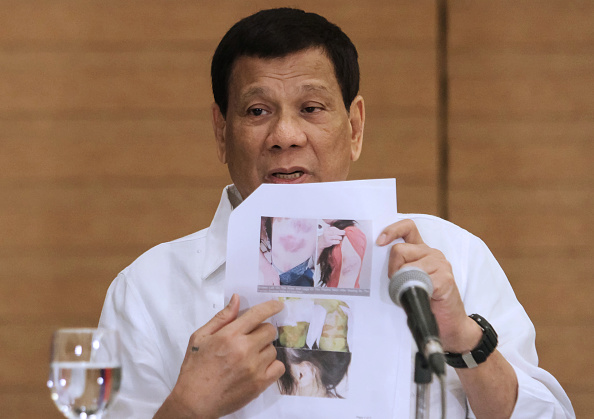 The Philippines has enacted a “total ban” on its citizens being deployed to Kuwait for work a day after it said thousands were preparing to leave the country.

Philippine labour minister Silvestre Bello III made the announcement on Monday, three days after President Rodrigo Duterte showed graphic photos of the body of a Filipino maid found in the freezer of a Kuwait apartment.

The country had temporarily banned the transfer of Overseas Filipino Workers (OFWs) to Kuwait, which is home to more than 250,000 overseas Filipinos, in January after several cases of mistreatment including four women that were abused in the country and committed suicide.

“With the advent of the series of reports involving abuses and deaths of overseas Filipino workers in Kuwait, a total ban on deployment of all overseas workers … is hereby enforced,” Bello said.

The labour minister told Reuters on Sunday that 2,200 Filipinos were ready to accept an offer from Duterte to leave the country “with or without money” after he asked Philippine Airlines and Cebu Pacific to repatriate workers.

Bello said free charter flights had been arranged and about 500 workers would arrive back home soon.

The labour ministry said Monday’s ban would affect thousands of workers including those who had already obtained employment permits but not left the country.

Bello clarified that workers would not be forced to give up stable work in the country but there was some confusion as to how the ban would be applied.

“Only those who want to go home and those who really have to should leave,” he was quoted as saying.

Philippine ambassador to Kuwait Renato Villa said in an interview published on Monday that a ‘total ban’ referred to ‘alert level 4’ and would not allow Filipinos “who are spending their annual vacation in the Philippines” to “return to their work site.

However, authorities didn’t rule out revoking the permits of Filipinos already working in Kuwait in the future.

Kuwait’s ministries of interior and foreign affairs sought to assure the Philippine embassy in the country on Sunday that a manhunt was underway to arrest the killers of the 29-year-old Filipino domestic worker found in an apartment in Maidan Hawally last week, according to local reports.

The body of Joanna Daniela Demaflis was said to have been kept in the freezer for more than a year and was only discovered when police entered the apartment after a court order, Kuwait Times said.

A Lebanese man, reported to be Nader Essam Assaf, and his Syrian wife rented the unit. Both are said to have left Kuwait in November 2016.

Around 10,000 Filipinos staying in Kuwait illegally are expected to leave under an amnesty that ends on February 22, the Philippine foreign affairs department indicated.

Sources at the Civil Aviation Directorate told Kuwait Times that 410 Filipinos left Kuwait on Sunday. Of these 350 were illegal residents and 60 left for annual holiday.

Separately, the interior ministry denied social media rumours that police were arresting Filipino domestic workers and sending them to the embassy to be deported.