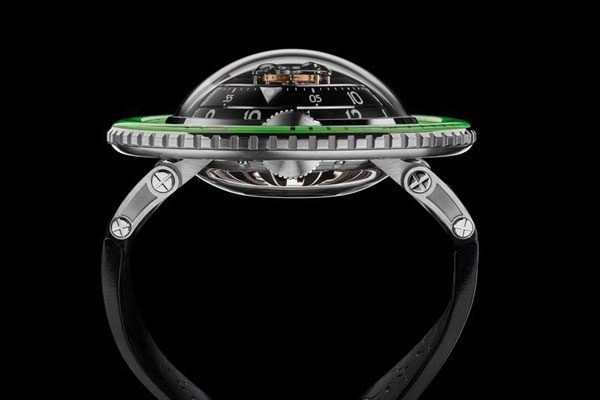 Ask Max Büsser, the founder and owner of MB&F, how he’d describe creativity and he’ll borrow upon a quote of Ursula K. Le Guin to instantly reply: “A creative adult is a child who survived.”

Take a good look at this new MB&F Horological Machine 7 Aquapod Titanium Green and you’ll see the work of Büsser’s free-spirited inner child. It’s a non-conventional watch, but then again Büsser has never been one to care much for convention. 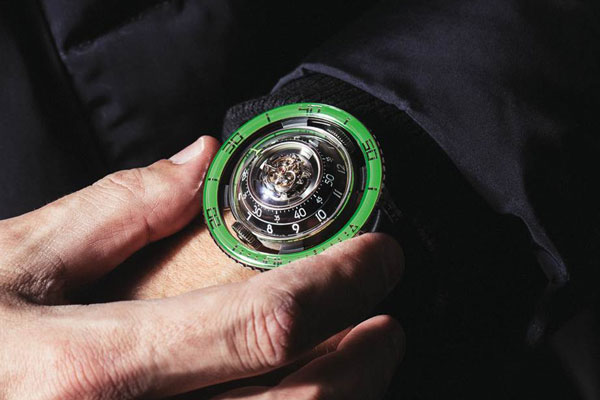 The Aquapod, MB&F’s first aquatic horological machine, was introduced last year. Eric Giroud designed this watch. The physical components of it including the concentric case, luminescent details and lugs are all inspired by jellyfish.

Even the mechanical components of the vertically mounted movement are inspired by jellyfish – the winding rotor is shaped like tentacles and transfers energy to the flying tourbillion regulator on top of it. 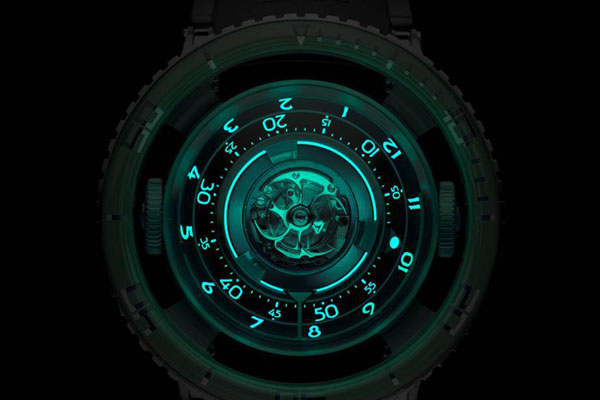 The Aquapod was made available in combinations of titanium/blue and red gold/black edition when it was introduced last year. In the latest iteration, MB&F has added green accents to the timepiece. There is Super-Luminova added to the numbers which indicate the time via the two concentric rings as well as on the automatic winding rotor. There are AGT Ultra panels applied around the flying tourbillon to highlight it in the dark as well. 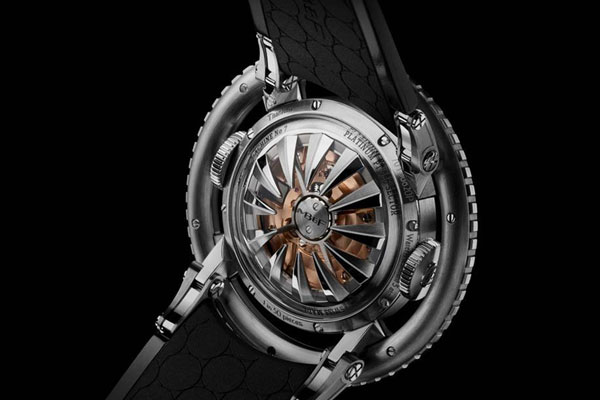 Although this is a dive watch, it’s more for recreational diving purposes. It’s water resistant to 50 metres which means you’re better off accidentally stepping into a bathtub rather than spring diving off your yacht and into the deep blue with it strapped to your wrist.

The case of this watch is made from light, yet very tough, Grade 5 titanium. The watch has a power reserve of 72 hours and is limited to only 50 pieces, priced at $108,000 a pop.

Gadgets of the month