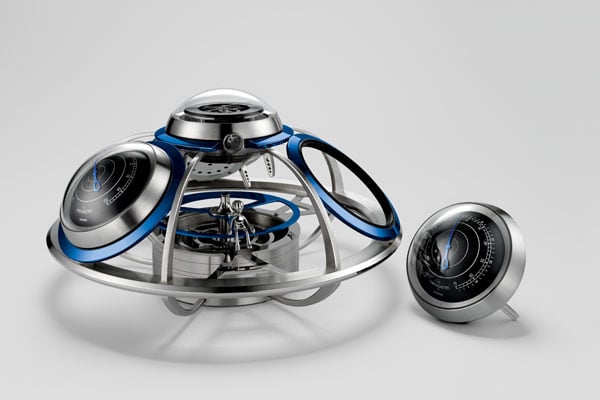 Max Büsser, the owner and founder of MB&F, is affectionately referred to as Mad Max among his friends owing to his outlandishly genius creations that punch convention in the nose. Take this desktop weather station, limited to just 54 pieces, created in association with clock specialists L’Epée 1839, for example. It features a barometer to show the air pressure, a thermometer to indicate the temperature, a hygrometer to display humidity levels and a clock to tell the time. But look closer and you’ll notice a little solid bronze alien figure seated at the bottom of the clock and can be rotated at the push of a button. Mad Max strikes again.

We’re tired of having to constantly handle our smartphones as though they were a newborn. British carmaker Land Rover, known for its rugged off-roaders, has now debuted the Explore Outdoor Phone, which is built tough. The Explore Outdoor Phone doubles up as a survival tool and has an SOS light, a red-filter mode that helps in night vision, and a special GPS mapping system. The full-HD reinforced touchscreen can be operated with your gloves on. The 64GB Android phone is water resistant and the device is drop tested to heights of nearly two metres. An additional battery pack bumps up the capacity to a whopping 7,620mAh. Bear Grylls would approve. 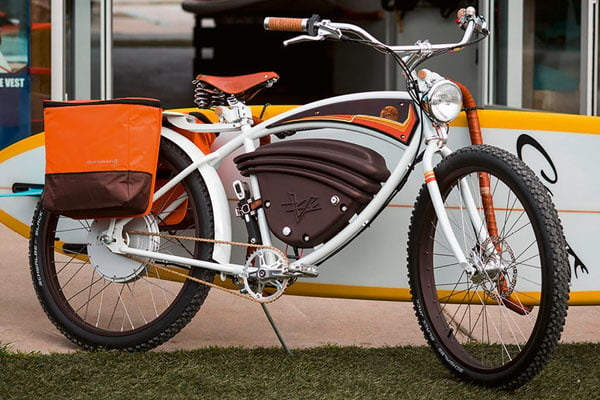 Although the retro-inspired electric bike is designed to carry a surfboard for those heading out to catch some big waves, the removable surf cradle is wrapped in leather, meaning that even if you aren’t riding to the beach but punting around town for errands instead, your bike will not be a sore sight. Designed in collaboration with surfing legend Jeff Clark, the bike is limited to just 20 units and has a top speed of 20mph. The 52V,702 Wh lithium-ion battery has a range of 48km. For those who are careless with the throttle, there are Shimano hydraulic discs to cause those slim Schwalbe knobby tyres to stop on a dime. 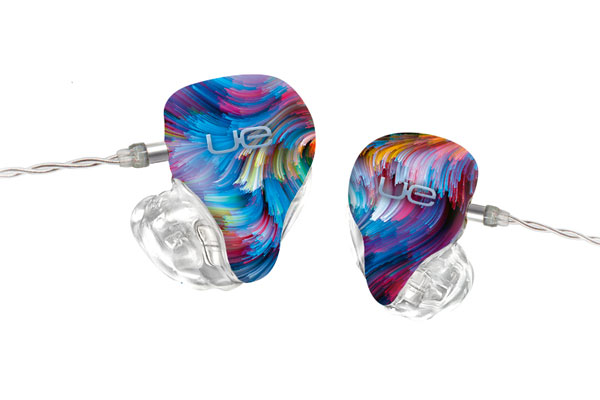 When a musician on-stage suffers an in-ear monitor device failure, the consequences can be catastrophic – remember Mariah Carey’s cringe-worthy New Year Eve’s performance last year? Ultimate Ears, the Californian company popularly known for its bright Bluetooth speakers, has introduced a new flagship in-ear monitor specifically for professionals performing on stage. The UE Live Custom In-ear Monitors pack quite a punch with eight speakers per ear, six balanced armatures, one True Tone Plus driver and one 6mm neodymium speaker to deliver the sharpest quality of sound across all frequency ranges.