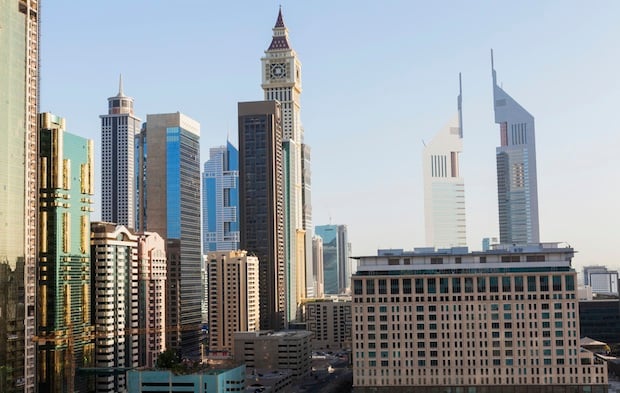 The people on our rising stars list represent those still expanding their influence in the Gulf including both entrepreneurs and heirs to family businesses.

(names in no particular order) 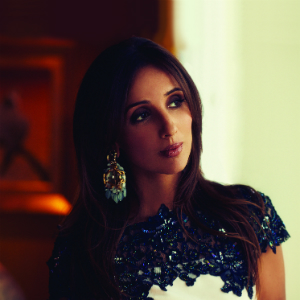 Depala founded her fashion label back in 2002 and quickly developed a reputation for bespoke gowns. Her creations have been worn by Bollywood A-listers and brides from the UAE, Saudi, Iran and Europe, while also attracting attention from international brands in Dubai. Last year, she moved to a new space at Dubai Design District after eight years at a location in Jumeirah and saw her gowns picked up by major retailer Harvey Nichols. Moving on to 2018, she has added to the portfolio by venturing into ready-to-wear items including jeans for her Spring/Summer collection. 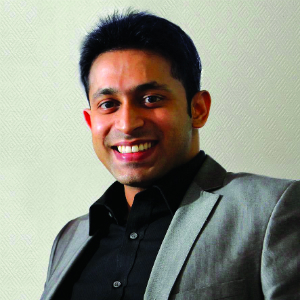 John Paul joined the family business after graduation but chose a trainee position at first to get a better grasp of the business. He has since come into his stride after launching a number of marketing and retail initiatives to help the brand retain its status and continue to expand. Going forward, his father Joy Alukkas has made no secret of his intention to retire in the city of Thrissur and is passing more and more responsibility to his son, who now manages the group’s international operations. 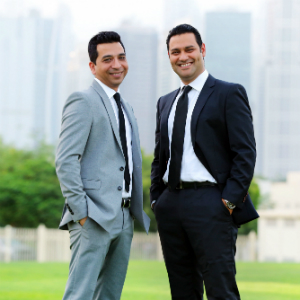 Bhalla and Pratap are the brains behind HolidayMe, a Dubai-based travel booking start-up. Using their experience in software development, finance and IT they have helped grow the company from a small operation in a garage to one of the fastest growing travel platforms in the Middle East with more than 200 employees across offices in Dubai, Riyadh and Pune and $23m in funding to date, according to Crunchbase. 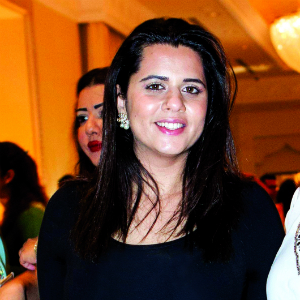 Nisha Jagtiani joined the family business in 2005 and has since played an integral role in the growth of affordable fashion brand Splash. On top of her other responsibilities, she has turned her attention to employee wellbeing in recent years, leading company-wide initiatives including the Landmark Happiness Movement to create a happy and positive environment for the group’s more than 40,000 employees in the GCC and over 20,000 in India. 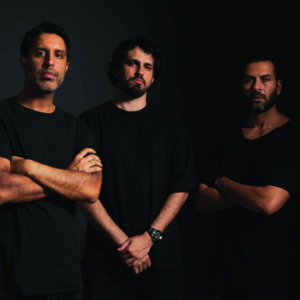 Malhotra, Cox and Moloobhoy joined forces with Kris Balerite in 2010 to create a progressive festival dedicated to streetwear and hip-hop. Sole DXB drew 1,000 people in its first year and would go on to become a major date on the Dubai calendar and a key meeting point for streetwear brands, designers and artists. Malhotra told Gulf Business in a predictions letter at the start of the year: “There were countless times where we felt what we were building didn’t have a place in this city either. It was by the grace of those that took a chance on us that we made it this far.” Many in Dubai will be glad that they did with the next Sole DXB fast approaching in December. 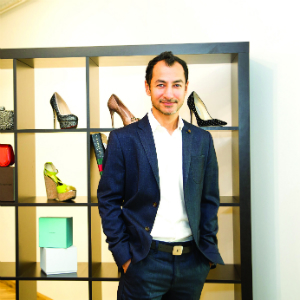 Before founding luxury pre-owned goods marketplace The Luxury Closet, Kapoor spent six years at his family’s sports footwear business and then a stint on the management track as a sales manager at Louis Vutton in Mall of the Emirates. He used that experience to found his company in his own apartment in 2011 and it has gone from strength to strength, with more than 80 team members, 16,000 unique items and more than $11.6m in funding to date.

Ben Samuel
CEO and founder of Fit On Click 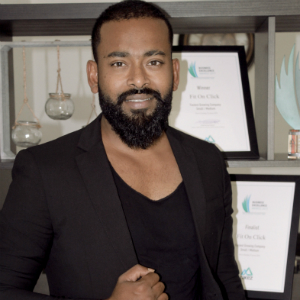 Mumbai-born Samuel founded fitness, wellness and sports start-up Fit On Click in the UAE in 2015 after completing his education in the UK and has overseen the online portal’s rapid expansion. The company now works with more than 100 companies in the UAE in areas including corporate fitness and wellness, team building and sports tournaments, along with a growing network of 2,000 fitness studios, 1,800 personal trainers and 45 healthy food restaurants. 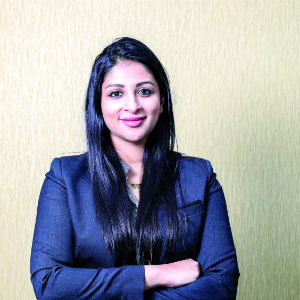 Alisha Moopen is a rising star in the healthcare business founded by her father more than 30 years ago, but surprisingly she didn’t initially want to take up the mantle. Having started work in audit at professional services firm EY in the UK, she felt the pull of the healthcare industry after her young son had an accident. Since joining Aster DM in 2012, she has made her own mark as the leader of its hospitals and clinics in the GCC. This year, her financial experience has also come in handy after the firm’s February listing in India and she has since been nominated to join the World Economic Forum’s 2018 class of young global leaders. 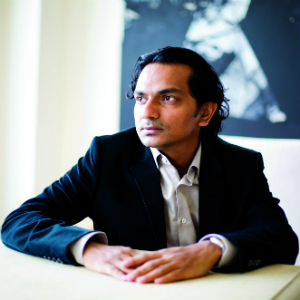 UAE resident Turakhia is credited with founding a tech company aged just 16 alongside his 18-year-old brother Bhavin. That business was the start of a partnership that over the next two decades would become technology group Directi, which has an enterprise value of $1.4bn, according to its website. In August 2016 the group sold its advertiser products business Media.net to a consortium of Chinese investors for $900m – the two had an estimated net worth of $1.3bn that same year. Their next focus appears to be Flock, a collaboration platform for businesses, which they hope to make into a part-paid service. 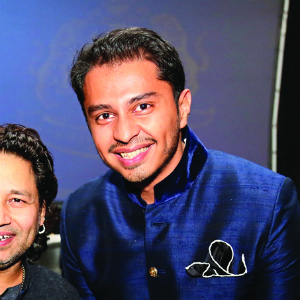 After completing his studies in the US, Mehta spent two years working at a chemical refinery in Texas to prepare him for life at his father’s billion-dollar business Petrochem Middle East. Since joining the company, he has spearheaded a number of key initiatives and is one day expected to take over the management, but in the meantime he has started his own entrepreneurial journey. The events management company he founded in 2013, Raging Tiger, has carved a niche in the market for South Asian entertainment and sees big opportunities ahead with Expo 2020 approaching. 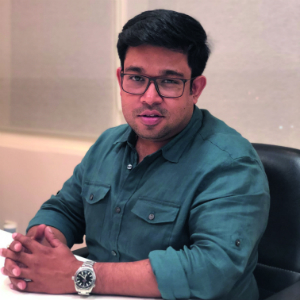 Biswas moved to the UAE from London in 2007 to work as a structural engineer on projects including Yas Mall and the Warner Bros Theme Park in Abu Dhabi. In 2013, he founded US-focussed development firm Fruit Capital LLC with family investment before identifying a gap in the regional trucking sector three years later. In 2016, he founded TruKKer with childhood friend Pradeep Mallavarapu and the truck aggregator network has since gone on to secure venture capital backing. The firm now serves more than 180 businesses and operates a fleet of more than 4,000 trucks across the GCC and Jordan.

Harmeek Singh
Founder and chairman of Plan b Group 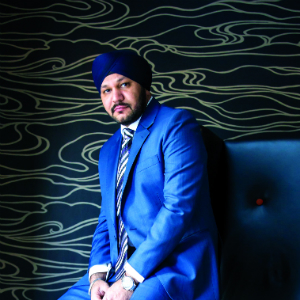 Singh arrived in the UAE on a visit visa in 2003 after his family’s electronics business closed back in India due to increasing competition from China. His first job was at an advertising company in Dubai where he took to the business like a fish in water, moving on with several of his regular clients in tow after 10 months and increasing his salary from Dhs2,750 to Dhs200,000 ($54,449) a month, according to reports. This business formed the basis of Plan b, the company he founded in 2004, and has proved a solid foundation for its rapid expansion since with operations spanning advertising, events, social media, interior design and more. The company has offices in Dubai, Abu Dhabi, Delhi and London.

Gold barrels past $2,000 with stage set for prices to rally more

Dubai will be the ‘fifth fashion week in the world’