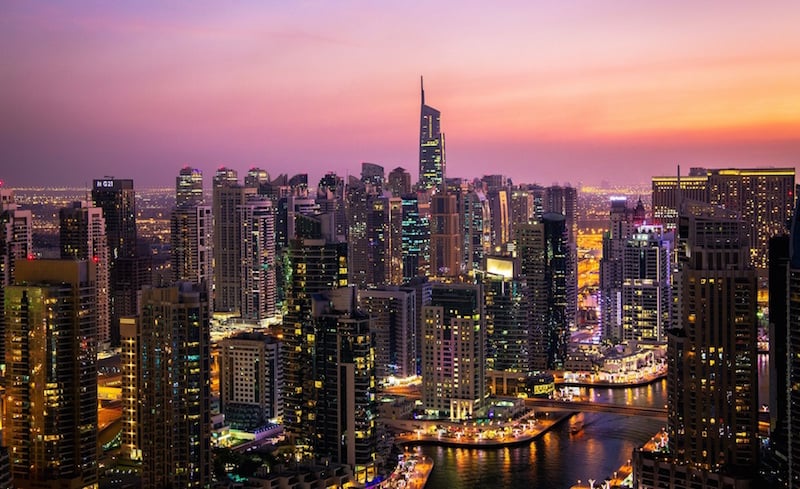 The executive elite are Indians who have made their mark in the GCC by rising up the corporate ladder to top leadership positions. 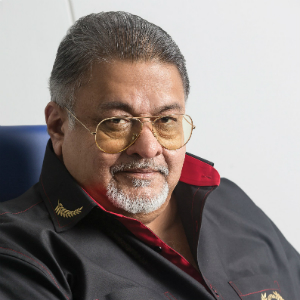 Rajaram leads Al Nabooda Automobiles, the exclusive dealer of car brands including Audi, Porsche and Volkswagen in Dubai and the Northern Emirates. In his more than 15-year tenure at the company he has made it into a force to be reckoned with in the UAE automotive market with 14 showrooms and a growing network of service centres across its car brands, including a new body shop in Dubai Industrial City. More recently he has also embraced the future through partnerships in electric vehicles and with car sharing firms. 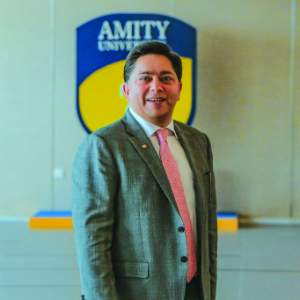 Hussain leads not-for-profit Amity Education in the Middle East from its Dubai campus. In his time at the institution, which is part of a wider global network of 150,000 students, he has overseen the opening of a series of pre-schools, schools and universities across the UAE, with the group about to enter Ras Al Khaimah. The company has also expanded to Amsterdam, is in talks in Bahrain and is eyeing other locations across Europe and North Africa. 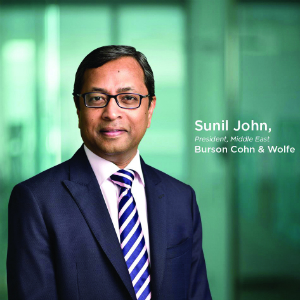 John is one of the most powerful figures in the regional public relations industry. He founded his own business, ASDA’A, in 2000 and eight years later drew the attention of British multinational advertising group WPP, which acquired a majority stake. The last 18 years have seen the company advise top clients including Emaar chairman Mohamed Alabbar and pick up numerous awards. As recognition of his achievements, John was named president of the newly formed BCW Middle East in March following the global merger of WPP agencies Burson-Marsteller & Cohn & Wolfe. He now leads an operation spanning 10 offices and seven affiliates in 15 countries. 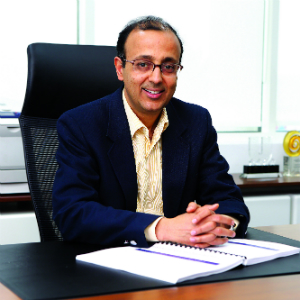 Kakkar is an industry veteran having joined Anglo-Dutch multinational Unilever way back in 1984. He has since held a wide range of positions at the company covering its food, beverage, home and personal care businesses before being named as head of some of its most important markets in October 2013. In the MENA market he is currently tackling economic headwinds but has committed to investments including a Dhs1bn ($272.2m) UAE plant opened in 2016. 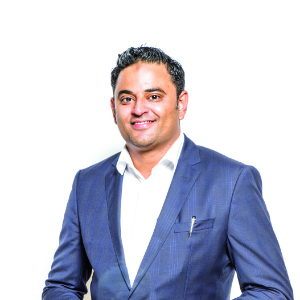 Rahman is leading affordable-focussed property developer Danube’s real estate business at a crucial juncture amid market pressures and changes to government regulation. He has more than 17 years experience in real estate development across the residential, commercial and hotel and serviced apartment sectors and helped lead the construction and delivery of eight projects during Dubai’s 2008 downturn. Expect to see a lot more of him as Danube continues to launch projects including the recently unveiled Lawnz, a Dhs500m ($149.7m), 1,064-unit development in International City.

Suresh Kumar
President of the IBPC and founder, chairman and chief mentor at Tricolour Values Group Kumar leads the Indian Business and Professional Council in Dubai, an entity tasked with strengthening UAE-India ties and providing networking opportunities for the Indian business community. He previously spent 25 years with Emirates NBD in various roles including CEO of Emirates NBD Capital and now leads SME private equity firm Tricolour Values Group on top of board roles at several firms. 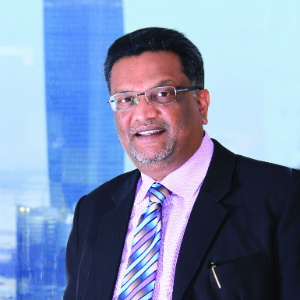 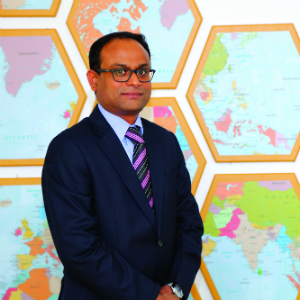 Ramesh and Paul co-founded their system integration company Finesse in Dubai in 2010. The former, who is the company’s CEO, has more than 30 years of experience in business, and has taken a keen interest in seed investment in technology and biotech firms. The latter, the company’s COO, has more than 22 years of IT industry experience and previously co-founded core banking services company Y-Axis Systems. Together they have built a base of more than 200 enterprise clients and have committed to donating 1 per cent of revenue to CSR arm Finesse Foundation to spend on improving healthcare and education in India. Chilwan is a globally recognised figure in the Islamic finance industry and a key voice at events and forums. He is the leader of the UAE’s largest Islamic bank, with total assets exceeding $57bn, and the recipient of numerous industry awards for his efforts in growing the international appeal of Islamic finance. Chilwan also serves in leadership roles at various DIB units and on the boards of Deyaar, Liquidity Management Centre and Dar Al Sharia. 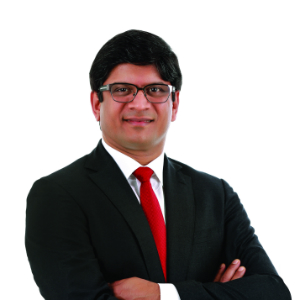 Sanjay Raghunath leads UAE conglomerate Centena Group, which has operations spanning marine electronics, industrial automation, life and analytical sciences, identification, security and educational training systems. He has been an instrumental figure in both the company’s formation and its subsequent expansion into upcoming industries and countries, including recent moves into Singapore and Sri Lanka. Outside of his main role, he was also appointed as director of the global board at the Entrepreneurs Organisation in June 2017. 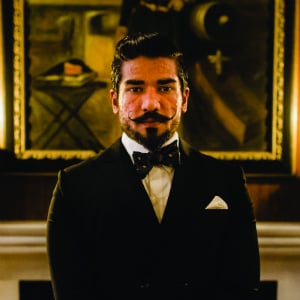 Malhotra has led the expansion efforts of logistics firm Elite Group for the last decade. During his tenure at the company, which shifted operations from Oman to Dubai in 2002, he has seen the workforce expand five times to more than 1,000 people and taken an innovative B2C approach to the market through the launch of services including domestic courier delivery and cross-border trucking. By the end of this year, the company plans to be present in every GCC country and expand into the wider Middle East. 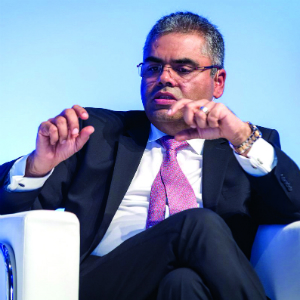 Despite sharing his name with a Bollywood star, it is clear Rishi Kapoor’s performance at one of the region’s most active investment firms has been no act. The businessman oversees a number of Bahrain-based Investcorp’s key units and chairs investment committees across its product lines. He joined Investcorp from Citigroup in 1992 and served as chief financial officer in the 2003-2015 period.  His other commitments include board roles at National Bank of Bahrain, Gulf Air Group, Bahrain Airport Company and Gulf Aviation Academy. 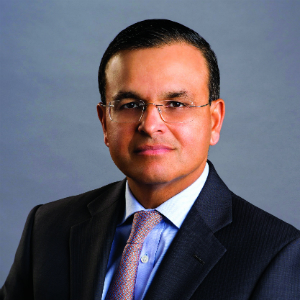 Kaushal has led two of the most important regional businesses at Standard Chartered, one of the world’s largest banks, since October 2015. The former regional CEO for South Asia has nearly 30 years of banking experience, including 20 at Standard Chartered and senior roles at a number of international financial institutions. Going forward the Middle East and Africa are deemed key to Standard Chartered’s growth plans after completing years of restructuring that are showing signs of bearing fruit in 2018. Sharma leads the Institute of Chartered Accountants of India (ICAI) UAE Dubai Chapter, the largest overseas chapter of the organisation with more than 2,500 members. He is a prominent voice in the accounting field and related subjects including taxation and boasts qualifications as a certified public accountant, certified internal auditor and certified information systems auditor. On top of  this, his other roles include director of internal audit at Al Shirawi Group. After years heading finance, accounting, credit, tax and legal at one of the largest Japanese trading houses in India, Batra decided to form his own accounting and advisory firm in 2002.  He put his experience to good use by accumulating a growing list of Fortune 500 clients and expanding the firm with offices in six Indian cities, Dubai, Abu Dhabi, Tokyo, Beijing and Stuttgart. The businessman is also a speaker at seminars and conferences across key markets in Europe, the Middle East, Asia and Japan. 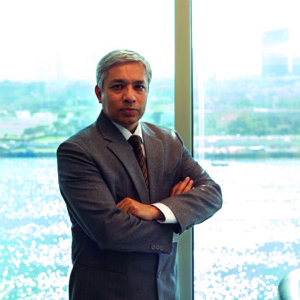 Subramanian controls the purse strings at Dubai’s largest bank, Emirates NBD, across units including wholesale banking, retail and wealth management. The chartered accountant has more than 30 years of banking and finance experience at international lenders in markets including South East Asia and the Far East and is a member of the IFRS Advisory Council. He also holds board positions at several entities associated with the bank. 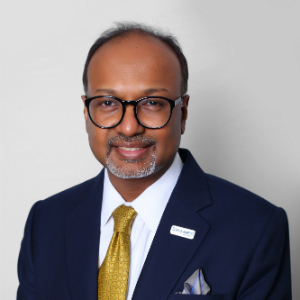 University of Mumbai graduate Ramakrishnan leads Transworld Group, a business founded in Mumbai in 1977 as a shipping agency by his late father R. Sivaswamy. After taking over the group aged 28, Ramakrishnan took a hands-on role in ship ownership, chartering, and management, among other areas, and helped the business diversify. The Dubai-headquartered firm now has operations spanning ship owning and managing, common carrier container feeder service, NVOCC, logistics, warehousing and freight forwarding with offices in the US, Saudi Arabia, Oman, Kuwait, Sri Lanka, Pakistan and 28 Indian cities. 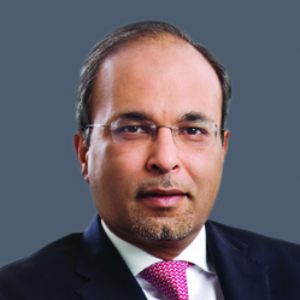 Jain took on the group CEO role at Dubai’s biggest developer, Emaar Properties, in June last year and oversees its strategy and overall management. He previously built up an in-depth knowledge of the business as group COO and CFO and has spent more than half of his more than 22-year career at the firm. The chartered accountant from the Institute of Chartered Accountants of India is leading the company during one of its toughest periods amid a damp property market   in Dubai.