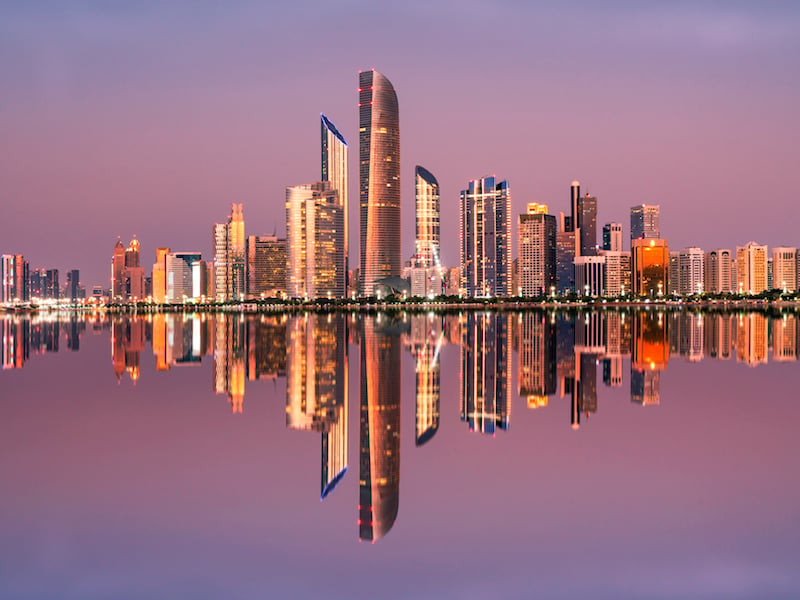 Our GCC legends are company founders and veterans who have had an unquestionable impact on the Gulf’s business landscape in recent decades.

(names in no particular order) 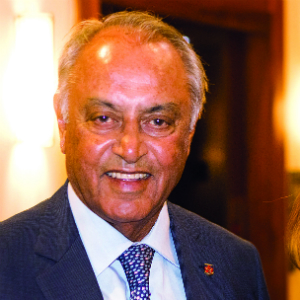 Jashanmal continues to be one of the most well recognised Indian business leaders in the Gulf. Jashanmal Group dates back to 1919 when his grandfather sensed opportunity in Iraq at the end of WWI and left his homeland to open a department store. The resulting business expanded across the border into Kuwait in the 1930s and by 1963 had reached Bahrain, Dubai and Abu Dhabi. Today the group’s operations span 150 retail stores, a distribution network reaching more than 1,000 outlets and a series of joint ventures in fragrances, fashion, media and logistics. 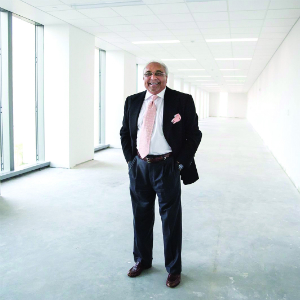 The Kilachand family’s Dodsal Group was founded in Mumbai in 1948 in partnership with British trading company DODWEL. Under Rajen Kilachand, who took over as chairman from his later father in 1982, it has been transformed from a $200m business into a multi-billion dollar conglomerate, according to the company website. Today the Dubai-based firm’s operations span distribution, engineering, procurement and construction, exploration and production. While the businessman, whose fortune is estimated at more than $1.1bn – according to WealthX, has turned his hand to charitable projects both in Dubai and India. 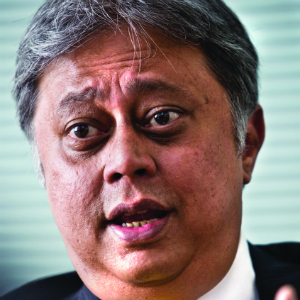 Mehta’s story in many ways embodies the romanticised rags to riches stereotype having moved to Dubai after his chemical distribution business went bankrupt back in India. The family initially got by through his wife’s teaching job before Mehta returned to the chemicals market through a partnership with a local Indian businessman. He later went on to found Petrochem Middle East FZE in Dubai’s Jebel Ali Free Zone in 1995 with David Lubbock, who owned U.K-based Petrochem Carless. The company has since expanded operations in both Jebel Ali and abroad with operations in Egypt, Singapore and elsewhere and become one of the largest independent chemical producers in the Middle East. 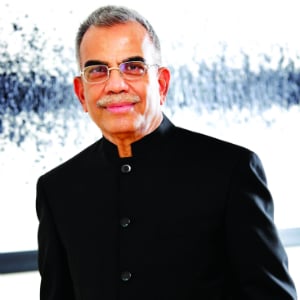 Like many Indians on our list, Menon is a Kerala native who made it big in the Gulf. But rather than the UAE, it was Oman where he first found his fortune. He moved to the sultanate in 1976 to start an interior decorating business and made such a mark that he became one of the few Indians to be given Omani citizenship. Over the years, his group has expanded its operations into engineering, contracting, real estate, IT and architecture with projects across the Gulf and India – where Sobha is one of the largest listed developers. Today Menon, whose fortune is estimated at $1.4bn, is kept occupied by projects in the UAE including the $4bn Sobha Hartland at Dubai’s Mohammed Bin Rashid City. 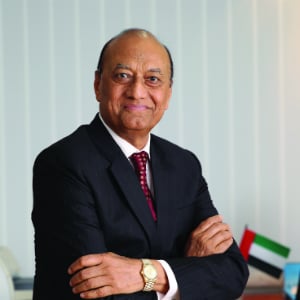 Following years working as a diplomat, Paras Shahdadpuri found himself stranded in Dubai in 1987 after missing his connection to London. He ventured out of the airport and found the experience so pleasant that he decided to choose the emirate as the location for his business.  He started trading in commodities in 1988 as the first step to forming a wider global conglomerate that now spans electronics and appliances, IT, general trading and food. Along the way he has developed Nikai into a major electronics brand, with a range of 400 products sold to more than 60 million customers, and received accolades including the prestigious Bharat Shiromani Award. 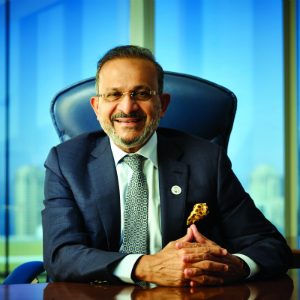 Merchant is an Indian jeweller who found his golden touch in the Gulf region and became a vocal member of the regional gold and jewellery community. The founding of his company in 1989 is described on its website as the “realisation of a dream” and today it has more than 150 stores across Europe, the Middle East and Asia and two manufacturing plants in India and one in China – not to mention its 2008 expansion into luxury eyewear with La Moda Sunglasses. Merchant has said he aims to open a further 200 stores in the near future. 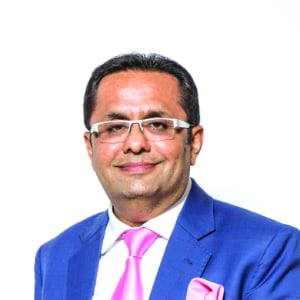 Sajan is another Indian success story that came from humble beginnings. After eight years in Kuwait, he reportedly started work at a hardware store in Dubai for Dhs1,500 ($408) a month before using his savings to establish Danube as a small trading firm in 1993. The building materials supplier took advantage of Dubai’s construction boom in the subsequent years to build up a business with a turnover exceeding $1.4bn. In recent years it has also diversified into homeware and real estate with a growing portfolio of residential projects. 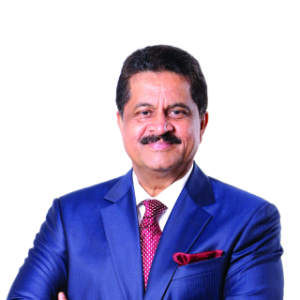 Thumbay Moideen began working for the family business aged 21 where he spent years helping to expand its operations. In the 1990s, on a chance stopover in Dubai on the way to Africa, he met a member of Ajman’s royal family and discussed establishing a medical university. His idea was later backed by the ruler of Ajman, despite Moideen’s then background in real estate and timber, and he went on to open Gulf Medical College in 1998 – the same year the company bearing his name was formed. Since then, he has established three other medical universities across the UAE and a network of diagnostic labs, pharmacies and other related businesses. 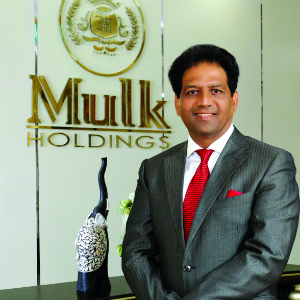 Mulk runs the world’s biggest maker of aluminium panels, which are used on skyscrapers across most major cities. The billionaire businessman began life in the Gulf more than three decades ago when he came to Dubai to work with a company owned by his brother-in-law. He originally planned to leave for the US after a year to complete his studies but chose to stay on in a journey that took him from competitive sports to acquiring a stake in US firm Alubond and establishing a regional franchise that has since expanded to Europe, India and Turkey. Mulk Holdings has also diversified with operations in areas including healthcare, plastics and real estate. 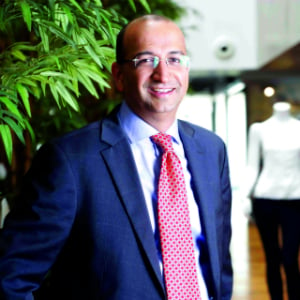 Hailing from the family behind one of Dubai’s oldest and largest gold bullion trading firms, Ved had his break in 1999 when he opened three stores under a franchise deal with US brand Ninewest. That experience showed the potential for international brands in the Gulf region and led him to pursue similar deals with brands including Tommy Hilfiger, Juicy Couture and Tim Hortons. Apparel Group now has more than 1,750 stores in the Middle East and Asia and Ved has no plans to stop there with the goal of 2,000 locations by 2020. 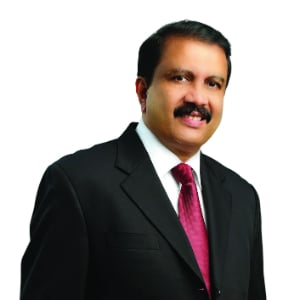 Another well-known name in UAE healthcare, Moopen completed his education at India’s Delhi University before relocating to Dubai in 1987. Starting from a single doctor practice, he has expanded his business over the decades to a network of more than 320, hospitals, clinics and pharmacies in the Middle East, India and the Philippines along with a medical college and academy. Moopen has also set aside 20 per cent of his estimated $1bn fortune for philanthropy including cancer screening and dialysis centres in his home country and other initiatives under the Aster DM Foundation. 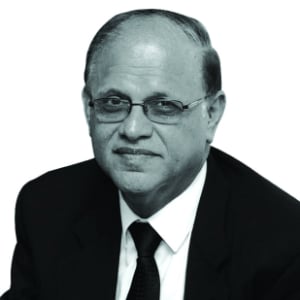 Mohan Valrani is an Indian philanthropist and entrepreneur and one of the two co-founders of Al Shirawi Group. He moved to Dubai in1966, later meeting Emirati businessman Abdulla Al Shirawi and setting up a business partnership. Today the conglomerate has more than 10,000 employees and 34 companies spanning industries from trading to oil and gas, manufacturing and electronics. Valrani is also the founding trustee of Indian High School, having previously served as its chairman. He continues to pursue a passion for education through the schools operator he founded in 2014, Arcadia Education. 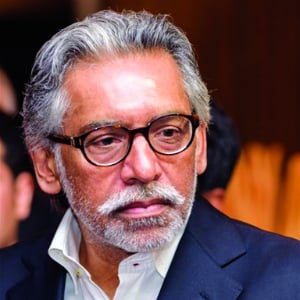 Prabhakar started luxury group Rivoli in 1988 alongside local partner Adel Zarouni with the goal of creating the strongest luxury lifestyle retailer in the region. Through his hard work and commitment – reportedly working 18-hour days in the early years – what started with a small store providing watch distribution in old Dubai grew to become a major player in the Gulf luxury market. Over the years the company has attracted investment from Dubai International Capital and Swatch Group, which became majority owner in 2013, and its footprint has expanded rapidly to 370 GCC stores and a portfolio of more than 100 brands. 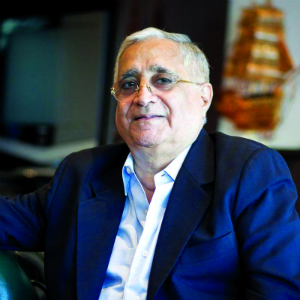 Pagarani founded Al Maya Group in Dubai in 1982 after several successful years opening wholesale and retail outlets in Hong Kong and the UK. Today the company is one of the UAE’s most well recognised supermarket brands and has more than 90 stores across the Gulf region as well as locations in India and the UK. It has also diversified into distribution, processing and franchise operations through deals with Borders and Paperchase. Recently Al Maya has turned its eye to the future with work underway on a new 861,000sqft office and warehouse facility at Dubai’s Technopark. 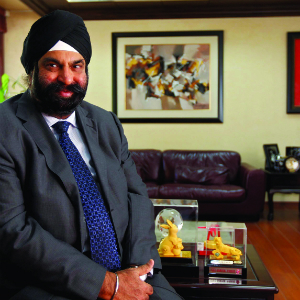 Hailing from the third generation of a family business, Kandhari arrived in Dubai in 1975 with plans to make his own fortune. He admitted in a 2016 interview with Emirates 24/7 that he only chose the Al Dobowi name (meaning ‘the man from Dubai’ in Arabic) by chance after a suggestion from a municipality official. The business, setup in 1976 to address a growing market for tyre management and servicing, has since expanded into a conglomerate with operations across the Middle East, Africa and Europe, distribution partnerships with Pirelli and Bergougnan and expansion into batteries, lubricants and other areas. 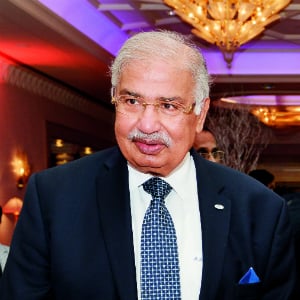 Buxani arrived in Dubai in 1959 to work as an office clerk at the then tiny four-man operation of International Traders Limited. After two years, he was promoted and grew alongside it as it expanded from textiles into department stores, electronics and hotels, eventually becoming chairman decades later in 2014. Along the way he has acted as a leader of the Indian community in the UAE as the founder and chairman of the Overseas Indians Economic Forum, which later merged with the Indian Business & Professional Council, and received a shield from the Indian government for his contribution to the non-resident Indian community. He has also chaired India Club Dubai and the Indian High School Dubai, written his own book ‘Taking the High Road’ and serves on the board of the Al Noor Training Centre for children with special needs. 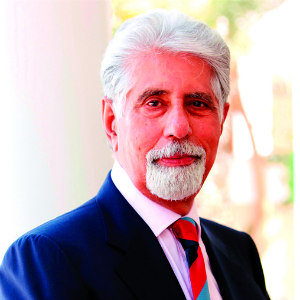 Bhatia arrived in Dubai by ship in 1965, bringing with him a passion for cricket that has lasted to this day. He founded Alam Steel Group in 1979 initially as a small building materials firm to serve the growing UAE construction industry before it was rebranded in 2002 after deciding to specialise in the steel industry. His company operates one of the largest reinforcement bar processing centres in the region, with an annual capacity for 360,000 tonnes, and has a joint venture with Macsteel Group to serve the hydrocarbon industry. On the sporting front, Bhatia started to bring international cricket teams to Sharjah in 1981 and fulfilled a lifelong dream in 2010 by opening the UAE’s first cricket museum. His passion for the sport is reflected in the activities of the Shyam Bhatia Cricket for Care charitable foundation, which aims to bring cricket to less fortunate children. 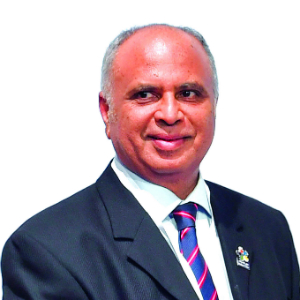 Pagarani is credited with expanding the business founded in Sierra Leone by Thakurdas Choithram Pagarani in 1944. Choithrams came to the UAE in the 1970s and now has supermarkets spanning much of the Gulf including more than 41 in the UAE alone. Its operations have also expanded over the last 70 years to include wholesaling, commodity brokerage, manufacturing of edible and non-edible items, with divisions dedicated to hospitality, household items, garments, logistics and distribution.

How should regional and global retailers weather the Covid-19 crisis?

How the coronavirus will help reshape the construction industry