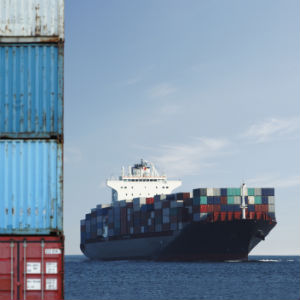 The shipping industry is prey to competing stresses and strains, as global trade inexorably expands, but at the same time contends with the harrowing credit crunch. Given that global container volumes have historically grown at around three times world GDP growth, the reverse since 2008 has been painful for shipping companies. As a sign of the malaise, the Baltic Dry Index, a measure of commodity shipping rates, plumbed a low of 647 on February 3, a level not seen for 25 years.

Speakers at the Marine Money Dubai ship-finance conference sought to tackle a number of issues faced by the industry today.

Ship finance has suffered. Bankers remain extremely cautious for a number of reasons. Shipping loans are difficult to exit, as many companies depleted their cash resources trying to deal with the 2009 slowdown. Even large companies reported heavy losses in 2011, and loans to major concerns are being restructured. One benefit is that vessel scrapping is becoming an option earlier in a ship’s lifetime, meaning longer term the average age of the global fleet will fall.

Some commentators say that beyond a certain age, it would be more cost- effective to sell ships for their scrap value than keep them afloat. “Shipyards have been turning out new vessels at a pace designed to service global demand that has simply failed to materialise, meaning the industry is now sinking under massive overcapacity,” said the Daily Telegraph.

“Fitch Ratings expects the downturn to continue until at least 2014; however, limited opportunities for banks will remain, particularly in stronger- performing shipping segments,” said a report issued by the credit rating agency in March this year. “Banks that can maintain market presence in the near term may also benefit from fewer competitors once the industry recovers.”

Erik Lind, CEO of UK-based Tufton Oceanic, estimated the value of the global delivered fleet at $841 billion, with the order book worth an additional $271 billion. Of the delivered fleet, 51 per cent is funded by bank debt, 19 per cent by private equity, 18 per cent by public equity, and the rest by government, the bond market or other sources. Some 51 per cent of the orderbook is unfunded, he believes. This will require additional average annual debt and equity of around $38 billion debt and $9 billion equity over the next three years, he calculated.

“We believe that the impact of the coincidence of the extreme adverse supply- demand fundamentals which we are now experiencing has been made considerably worse by the lack of traditional sources of debt and equity to the industry,” said Lind. The expectation is that more aggressive asset managers, such as private equity houses, or distressed-debt type investors, will take up the slack.

Certainly, the incidence of international companies resorting to tenuous connections with the US to file for Chapter 11 bankruptcy has seen a marked increase of late. Marco Polo Seatrade BV, of the Netherlands, and Omega Navigation of Greece resorted to Chapter 11 filings, which prompted appeals from international lawyers to US courts that they were trying to avoid repayment of costly loans or seeking longer periods of time to create reorganisation plans, a grace period of 120 days in the US.

“Only in Chapter 11 can you get bankruptcy financing, can your management remain in place, and can you continue to operate the company,” Thomas Califano, a bankruptcy partner at law firm DLA Piper, told reporters.