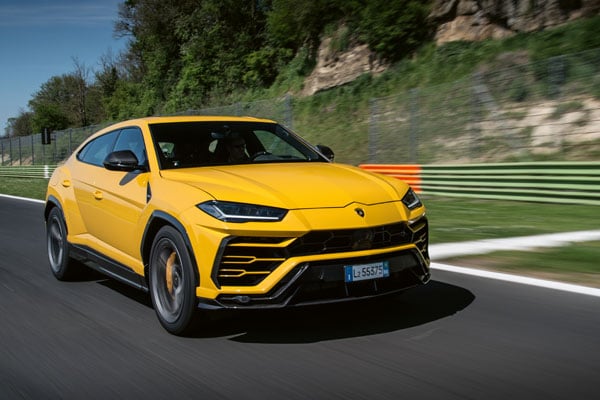 The mere mention of Lamborghini immediately conjures up images of low- slung supercars with seating for two and just enough space to accommodate some overnight bags.

But, as Bob Dylan crooned, times they are a-changin’; and even the hallowed Latin marque knows it cannot prosper in the years to come without a high-riding all- terrainer in its line-up.

Hence, the introduction of the all-new Urus, which broadens the Lamborghini portfolio like never before. True, there was the military-focused LM002 that Lamborghini built in the 1980s, but that was nothing more than an anomaly, as only 328 units left the factory. 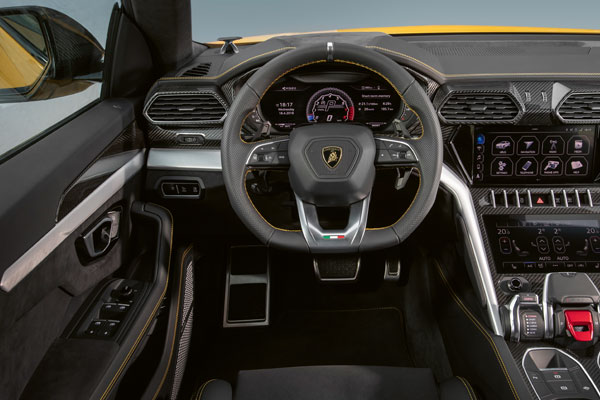 In contrast, the Urus will be a high-volume offering (Lambo plans to build 3,500 annually) and it will take the Raging Bull into the hands of owners who would never previously have contemplated buying one of the Bolognese brand’s offerings. Company executives say 60 per cent of Urus orders thus far are from those who have never previously owned a Lamborghini vehicle.

Although the Urus shares some of its core architecture with the likes of the Bentley Bentayga and Porsche Cayenne, the Lambo is the fastest, brawniest SUV to date, with its twin-turbo 4.0-litre V8 pushing out a gargantuan 650hp and 850Nm of torque. The result is a supercar-baiting top speed of 305kph and a 0-100kph sprint of just 3.6 seconds.

It wipes off speed just as crisply, with massive carbon-ceramic brakes hauling it from 100kph to standstill in just 33.7metres. 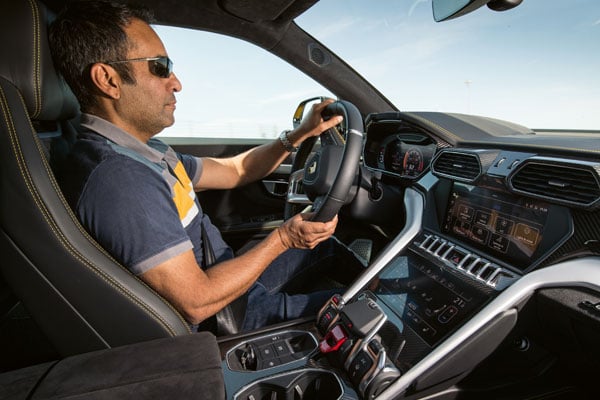 The first impression on firing up the Urus is how subdued its exhaust note is vis-à-vis the howling V10 and V12 engines in its supercar stablemates. Vocally restrained it may be, but the turbo V8 delivers massive straight-line punch, delivering a brutal mule-kick to your spine when you pin the throttle to the firewall.

Our first taste of the debutant is at the Autodromo Vallelunga, a characterful and challenging racetrack on the outskirts of Rome. As you’d expect of something this big and lofty (the Urus weighs 2.2 tonnes and stands more than 1.6m tall) there’s some body roll and understeer to contend with when you really grab it by the scruff of the neck. With all that inertia, the trick is to allow the weight of the car to settle on the outside wheels as you turn in and be patient in getting on the gas as you fire towards the exit of the corner. Do this and you’ll find the Lambo can hustle around a circuit with surprising vigour.

Not surprisingly, the 5.1m long SUV feels far more at home on a subsequent road loop across tight, winding tarmac through the countryside that neighbours Vallelunga. The four-wheel steering really contributes here, helping the big, wide Lambo rotate through tighter corners and enabling mid-bend adjustments to line when necessary. The Urus’s performance is mighty in real-world conditions, so much so that opportunities to fully exploit the brawn of the twin-turbo V8 are few and far between. 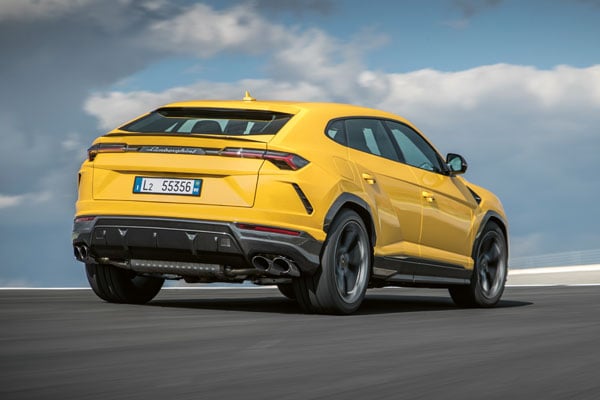 The Urus’s interior has some eye-catching design elements, with Lamborghini’s trademark hexagonal motif cleverly repeated throughout the cabin. The overall ambience and layout is largely as per the Aventador and Huracan, but the Urus obviously offers vastly more space. It’s Tardis-like in comparison to its mid- engined supercar brothers, although the rear seats aren’t the most comfortable you’ll find in this segment.

So, has Lamborghini managed to nail its maiden attempt at a sporting SUV? I have no doubt the company will have no problem in finding the 3,500 buyers annually that it is targeting for the vehicle. The Raging Bull badge alone will be enough of a lure for many, while the styling (divisive though it may be) has enough distinctiveness about it to make it stand apart from the other ultra-premium SUVs.

If that isn’t enough, the Urus also confers upon its owners bragging rights as the drivers of the fastest SUV on the planet. That should certainly do the trick.