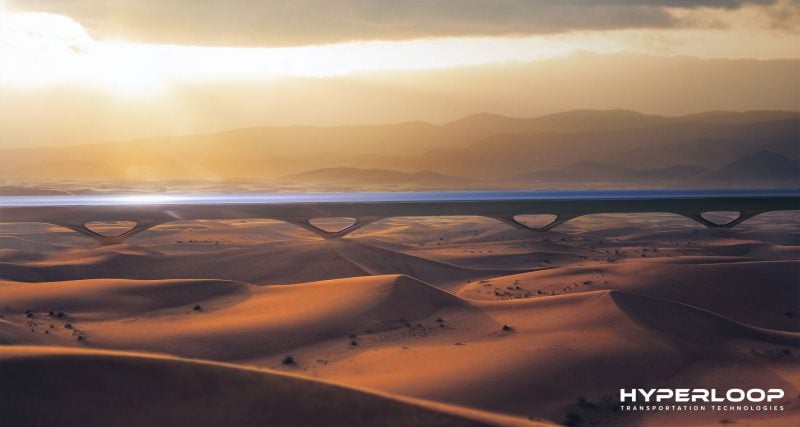 The world’s first commercial hyperloop system is set to open in Abu Dhabi in 2020, according to the chairman of Hyperloop Transportation Technologies Bibop Gresta.

In an exclusive interview with the Emirates News Agency, WAM, Gresta revealed that the system will cost “between $20m and $40m per kilometre”.

He added that the project “can recoup the investment in 8 to 15 years”. “It was a far-fetched dream, but we are all excited now that it’s a dream coming true in the UAE in 2020,” Gresta said.

“Basically, the Abu Dhabi Hyperloop system is right now past the feasibility study. We have already completed the study after we partnered with Aldar Properties last year. It will be the first commercial Hyperloop line in the world.” HyperloopTT signed an MoU with Abu Dhabi’s Aldar Properties in April 2018, as part of which a new Hyperloop TT centre will be set up in the UAE capital which will include a commercial Hyperloop system, an R&D mobility centre, a demonstration and visitor centre, as well as an innovation hub.

Located within Aldar’s Seih Al Sderieh landbank, the site is located on the border of Abu Dhabi and Dubai, close to the Expo 2020 site and Al Maktoum International Airport.

The first phase of the project involves constructing 10km out of a 150km system between Abu Dhabi and Dubai and is set to be ready next year. 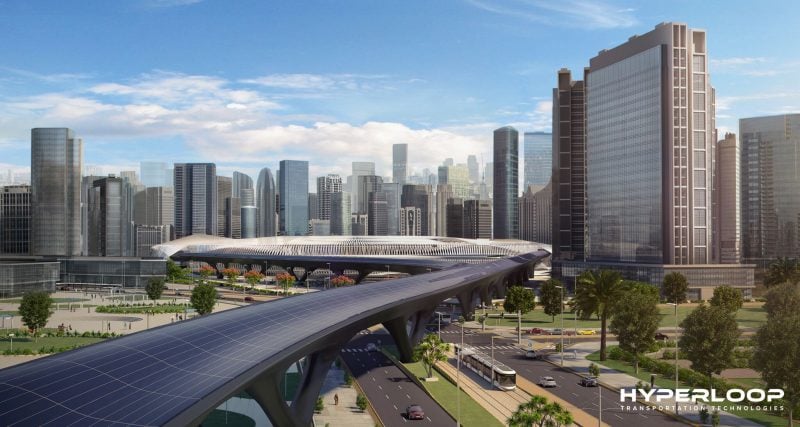 “The capsule has already left the assembly facility in Spain, and is on its way to Toulouse, France, where we have a prototype track. As soon as it arrives in Toulouse, it will be put in a tube and then they will test the system with the first passenger,”Gresta told WAM.

“The capsule will be assembled and optimised in Toulouse, prior to use in the Emirates with the goal of eventually connecting Abu Dhabi to Al Ain and Dubai at unprecedented speeds, safely, efficiently, and sustainably,” he added.

“The average cost generically comes between $20m to $40m per kilometre. When you build it in the desert, it is different from building it in Switzerland. However, the second question we need to ask is how long does it take to recoup the investment? This is a topical question because no one transportation system on the ground recoups its investments. They always need subsidies,” WAM quoted him as saying.

“But in Hyperloop, we can recoup the investment in 8 to 15 years; it will be paying for itself and then it will be generating profits for the country. So it is not only fast but also very efficient.

“The Hyperloop system would have a low cost of implementation, as compared to other high speed transportation methods. It is a simpler, lighter weight, and less energy-intensive system,” he added.

Asked about the issue of safety, Gresta said: “Hyperloop is primarily built on pylons, using best practices from civil engineering, including seismic design and ability to withstand thermal expansion. Also, it is completely automated with advanced technologies that only require monitoring from humans. The system is electrically powered, with no need for fuel on board, and is protected from the environment.”

He added: “We have developed tiered emergency plans and redundant escape procedures and systems in the event of any incident. The HyperloopTT’s system was deemed ‘feasible and insurable’ by the world’s largest reinsurance company Munich RE.”

The project has attracted some controversy after Dubai’s Roads and Transport Authority (RTA) said there was “no specific route for operating the hyperloop system in Dubai or between Dubai and other emirates”.