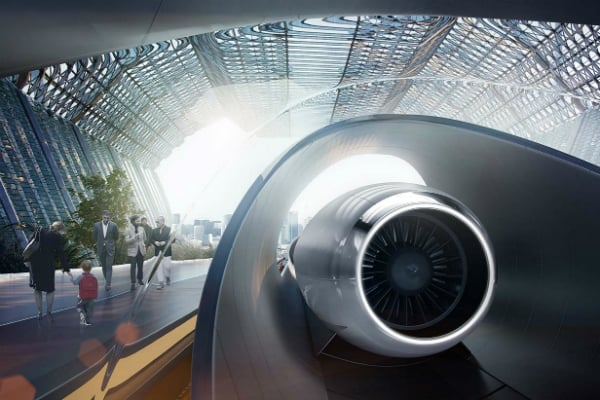 The denial comes as Dubai and Abu Dhabi compete to be the first to introduce a commercial system using hyperloop technology, which involves the use of pressurised tubes to transport human and freight cargo in pods at speeds of up to 1,100kmh.

The authority issued the denial in a series of Twitter comments on Thursday in reference to an announcement by Hyperloop Transportation Technologies (HyperloopTT) the previous week.

On April 18, the firm signed a deal with Abu Dhabi developer Aldar for what was claimed to be the world’s first commercial hyperloop system at a development on the Dubai/Abu Dhabi border.

The announcement did not appear to directly mention a link between the two airports but HyperloopTT said the planned 10km system could eventually connect Abu Dhabi to Al Ain, Dubai and Riyadh.

In the tweets on Thursday the RTA “denied the validity of the announcement of the Hyperloop transport technology company” and said “there is no specific route for operating the hyperloop system in Dubai or between Dubai and other emirates”.

It added that hyperloop technology was still under research and development and it was studying options for potential routes.

#RTA has denied the validity of the announcement of the Hyperloop transport technology company (Hyperloop TT) regarding the first Hyperloop line connecting Abu Dhabi Airport and Al Maktoum Airport in Dubai. pic.twitter.com/lUZ2FwyxHv

“RTA stressed that projects of this magnitude and complexity, must be preceded by careful planning and engineering studies, as well as feasibility studies to determine the feasibility of implementation and reduce the potential risks, and maximise the benefits of the project.”

In response, HyperloopTT said in a statement that the proposed construction site of the system in partnership with Aldar “is located on the border of the emirates of Abu Dhabi and Dubai, close to the Expo 2020 site and Al Maktoum International Airport”.

It added: “However, any further development of the HyperloopTT system is subject to careful study and extensive regulatory review and approval.

“We are taking steps to halt the spread of misinformation and are working to address any confusion surrounding last week’s announcement.”

The company is also backed by Dubai ports operator DP World and the two are due to announce a partnership in the city on Sunday.

The company added it was “aligned with the RTA to create a feasible and well thought out system that will create the maximum benefit for passengers and cargo”.

To date, no company has taken their hyperloop plans beyond the testing phase.

HyperloopTT said earlier this month it had received its first set of tubes for construction of a 320m test system, set to be operational this year. A second phase next year will span 1km and be elevated on pylons.

Meanwhile, rival Virgin Hyperloop One appears slightly further ahead with a test track in Nevada completed last year and pods transported in tests at speeds of up to 387kmh.