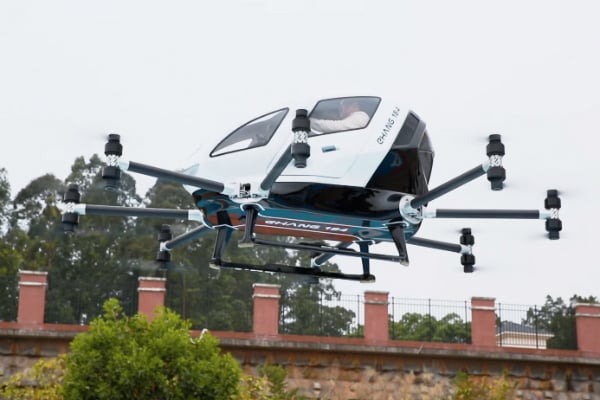 Chinese technology firm Ehang has released a video of its first passenger test flights almost a year after entering a drone taxi partnership with Dubai’s Roads and Transport Authority.

The agreement, signed in February 2017 at the World Government Summit, saw the RTA partner with Ehang to trial the Ehang184 autonomous aerial vehicle.

During the passenger tests the craft completed a 300m vertical climb, carried 530kg, flew a routed flight of 9.3 miles and achieved a high cruising speed of 130km/h, according to The Verge.

It also carried a total of 40 different people, including Ehang’s CEO, across both single and dual-seater vehicles and took to the skies in weather conditions ranging from fog to gale force winds.

The video follows test flights conducted in Dubai last year, footage of which was posted online.

The vehicle can carry a passenger up to 10 miles or for roughly 23 minutes of flight before needing to stop for an hour recharge.

A touch interface allows the passenger to select their destination and sit back in a cushioned seat with an air conditioner. 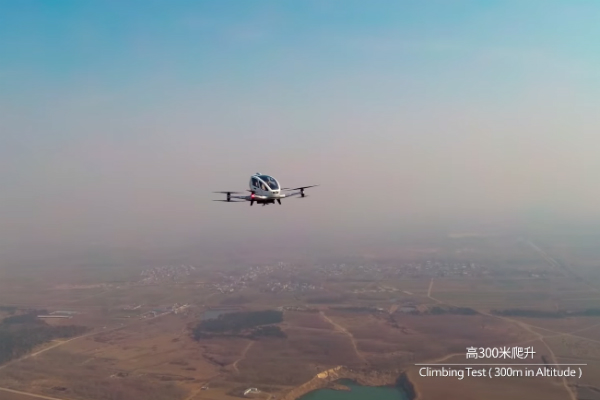 If there are any problems with the autonomous flight a human pilot can takeover from a control centre and remotely land the vehicle.

The Chinese manufacturer is now focussing on improving the passenger experience and adding a manual control option.

Ehang originally said it would demonstrate a taxi service for the 2018 edition of the Dubai World Government Summit but it is unclear if that is still the case.

The RTA is also working with German drone firm Volocopter on the drone taxi project and published footage of test flights using the manufacturer’s two-seater vehicle in September.