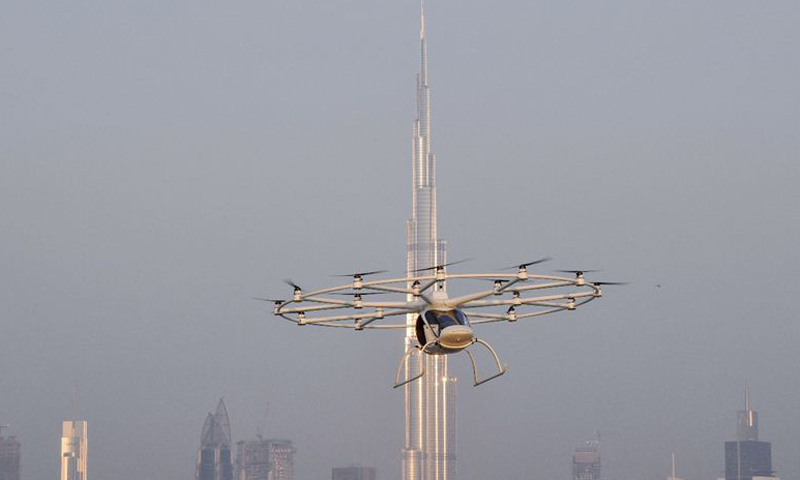 Dubai has staged the maiden flight of what it hopes will be the world’s first self-flying taxi service.

Sheikh Hamdan pressed the operation button to launch the unmanned craft, and observed its flight. 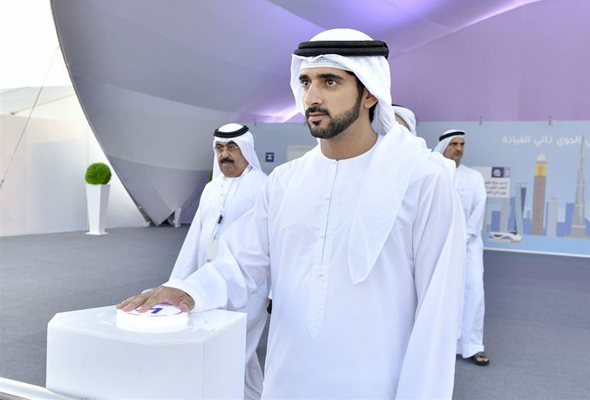 “After the remarkable success of the first driverless metro in the region, we are glad to witness today the test flight of the Autonomous Air Taxi,” Sheikh Hamdan later said in a statement.

“This is another testament to our commitment to driving positive change. We are constantly exploring opportunities to serve the community and advance the prosperity and happiness of society.”

A video shared by the Dubai Media Office shows the taxi whirring through the sky, before returning to base.

Powered by clean electricity, the AAT has a maximum flight time of 30 minutes at a cruise speed of 50 km/h, and a maximum airspeed of 100 km/h.

It measures about two metres in height, and the diameter of the rotor rim, including propellers, is just over seven metres.

The RTA confirmed in June that trials would gradually begin in the fourth quarter of 2017.

Though it is not yet known exactly when the service will launch, passengers will be able to book flights using a smart mobility app.