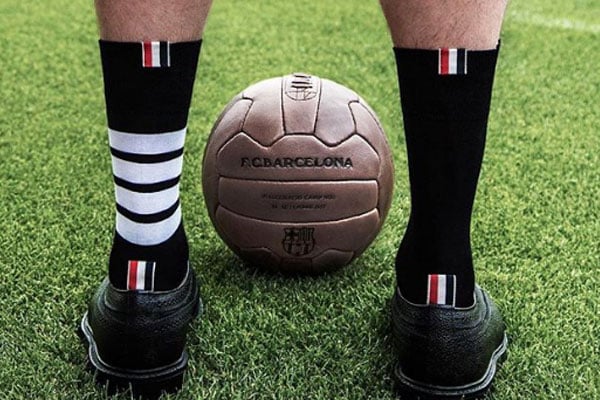 American fashion designer Thom Browne has announced that it will be dressing up Spanish football club FC Barcelona’s team starting this year.

The three-year agreement will see the fashion juggernaut suit up the entire squad of the reigning La Liga champions which currently comprises of international stars from Argentina’s Lionel Messi and Spain’s Gerard Piqué to Croatia’s Ivan Rakitić and Uruguay’s Luis Suárez.

In a statement on its Instagram page, Browne said, “Thom Browne is proud to announce the brand’s partnership with professional soccer club, FC Barcelona.

“Beginning with the 2018-2019 season, and spanning the course of three years, Thom Browne will be the official provider of the team’s off-field tailored and formal wear uniforms during the Champions League and La Liga away matches.” 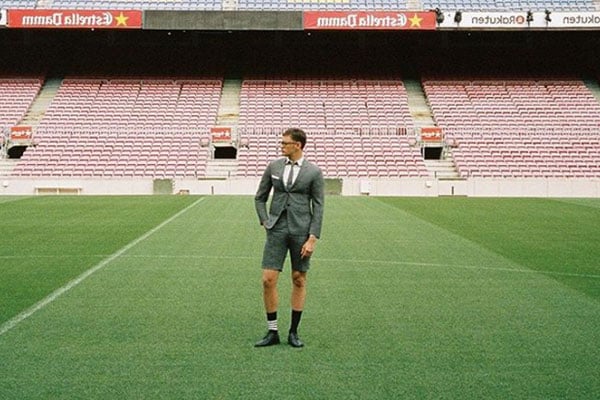 In another press statement that can be found on Barcelona’s website, Browne adds, “The uniforms represent the confidence in showing true individuality and enforce the meaning of representing a team as one strong unit. I have always felt that world-class athletes are the best role models and truly inspiring.”

Teammate Jordan Clarkson was dressed in a slate jumper with a black tie while the shorts that both King James and Clarkson wore weren’t the choice of attire for Tristan Thompson who instead chose trousers cropped well above the ankle.

The trajectory of the menswear and womenswear titan has been a remarkable one. Browne began his careers as a salesman in a Giorgio Armani showroom in the Nineties, before setting up an eponymous business in 2001 with only five suits in New York City to now growing that into a full-blown fashion empire that spans 40 countries.