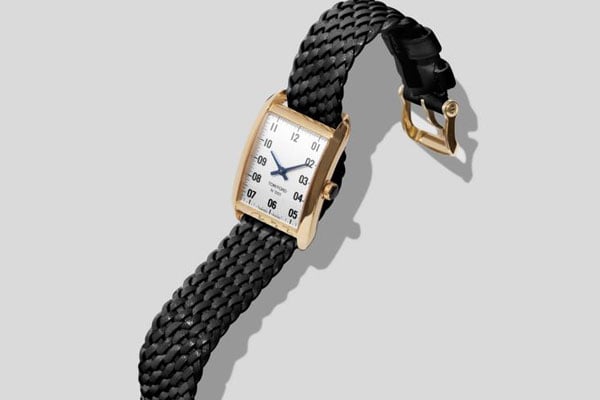 It’s been nearly a year-and-a-half since the American designer Tom Ford announced that he was collaborating with Tom Kartsotis (the man behind Fossil and Shinola) to launch a new collection of luxury watches manufactured in Switzerland.

Last month, we got a glimpse of the new Tom Ford 001 collection, which features the first few watches from the eponymous brand. The 001 collection of rectangular- cased watches starts from a price point of around $2,190 and goes up all the way to $8,290 for the pictured 18k gold case timepiece, which features a quartz movement, opaline dial, blued-steel hands and a braided leather strap sourced from France.

The question is whether Tom Ford is prepared to go all the way and introduce a mechanical watch collection as well. Over to you, Tom. 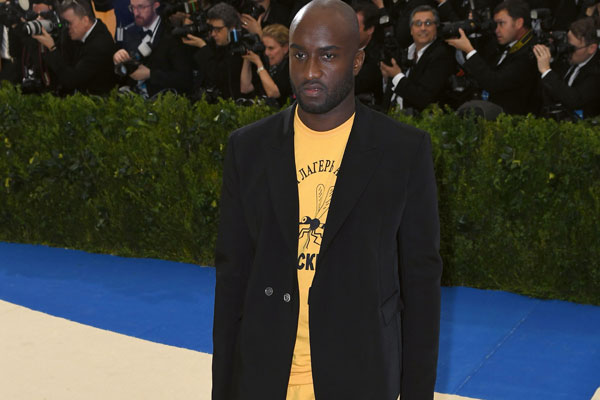 It’s being billed as the biggest job in fashion. Kim Jones quit his post at Louis Vuitton in January, leaving behind a cosmic-sized hole in the operations of the world’s largest luxury brand. Louis Vuitton was worth GBP20.30bn ($28.29bn) in May 2017 and generated nearly a quarter of the LVMH conglomerate’s overall revenue. \

Louis Vuitton tapped the 37-year-old Abloh to replace Jones who in turn was appointed as the creative director of Dior Homme in March. Expect Abloh, to spring some big surprises in the streetwear category for the 164-year- old French brand.

Did you know: Kanye West and Virgil Abloh interned together at Fendi in 2009. And yes, they were made to fetch coffees and work the photocopying machines too. 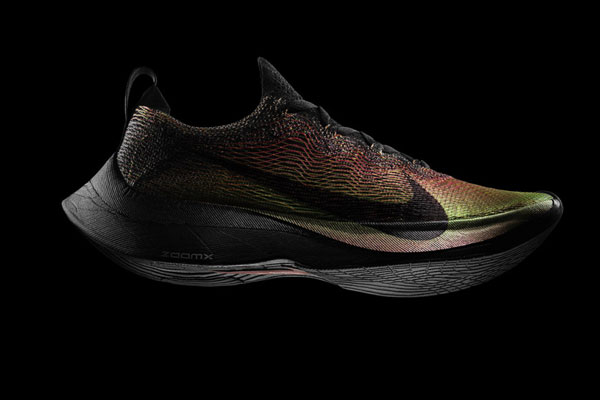 You’re looking at the world’s first running shoes with 3D printed uppers. The uppers refer to the part of the shoe usually made from textiles. In the case of this shoe though, it’s made from a material called Flyprint shaped via 3D printing technology. You might remember Adidas unveiled a 3D-printed shoe back in 2016, but Nike claims that this is the first shoe with a 3D printed upper.

This Nike trainer is a collaboration between marathon runner Eliud Kipchoge, who last year attempted to break the two-hour marathon barrier in a Zoom VaporFly Elite pair of shoes but missed the mark by a mere 25 seconds. With these new Flyprint shoes, an additional 11 grams have been shaved off; meaning this year the athlete has a very real chance of shattering the two-hour barrier. But maybe it’s Nike who’s really going for gold here. 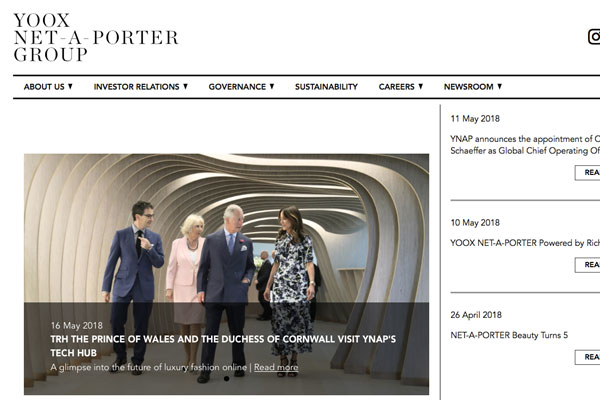 According to a report by Bain, global sales of jewellery rose 10 per cent in 2017 to $21bn. Reason enough for e-commerce giant YOOX Net-a-Porter to launch a section dedicated to luxury watches and high-end jewellery on its website. The section will feature more than 40 brands including heavy hitters like Piaget, Pomellato, Tiffany, Cartier and Buccellati.

The goal of the e-commerce group is to reach $122m in jewellery and watch revenues by 2020 and net overall revenues of $1.25bn. It’s little surprise then that global conglomerate Richemont, which already has a 49 per cent stake in Yoox Net-a-Porter Group, made an offer of $3.4bn to take full control of YNAP as recently as January this year. Brick-and-mortar retail, beware.