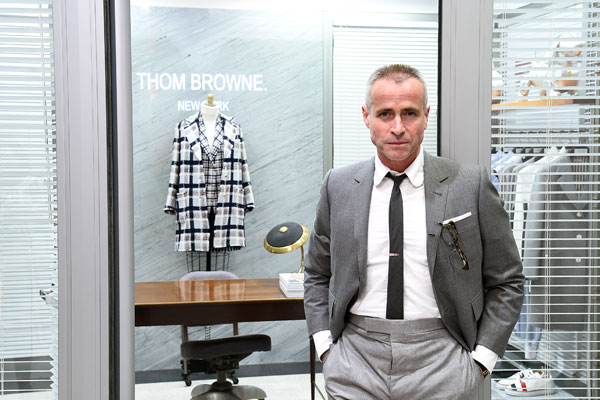 As far as power moves in the fashion industry go, this one’s right up there.

Browne, the brand’s founder and chief creative officer, is the only other shareholder and will continue in his role at the eponymous brand.

In 2016, private equity firm Sandbridge Capital had picked up a major stake in Thom Browne and Zegna’s acquisition allows for a quick and profitable exit for Sandbridge.

Browne has already expanded considerably to include 31 retail stores in cities across the world from London and Hong Kong to Milan and Singapore.

Thom Browne has been fairly successful, generating $100m in sales in 2016 and around $120-$125m in 2017. Its womenswear is worn by the likes of Michelle Obama and menswear by celebrities like LeBron James.

More recently, Browne announced that it would be suiting up the entire FC Barcelona team with their off-field tailored and formal wear uniforms during the Champions League and La Liga away matches.

Zegna buying Thom Browne is a win-win situation for both. Thom Browne gets to benefit from Zegna’s highly refined and carefully sourced fabrics. Zegna benefits from Browne’s successfully womenswear collection which was launched in 2011 and now accounts for just over a third of its overall sales. The acquisition also gives Zegna greater penetration into the American market.

According to a report on Reuters, Chief Executive Ermenegildo Zegna said in a statement, “Thanks to a thriving women’s business and strong appeal with millennials, we believe that we can build long-term value for all of our stakeholders.

Zegna is clear that Thom Browne isn’t going to lose any of its independence by way of this acquisition. In a separate statement issued to Business of Fashion, Zegna added, “My goal is to keep Thom Browne independent. The company has to stay autonomous from Zegna with support and help from the group. If something is working, don’t change it, just support it.”

Browne began his careers as a salesman in a Giorgio Armani showroom in the Nineties, before setting up an eponymous business in 2001 with only five suits in New York City to now growing that into a full-fledged fashion empire.