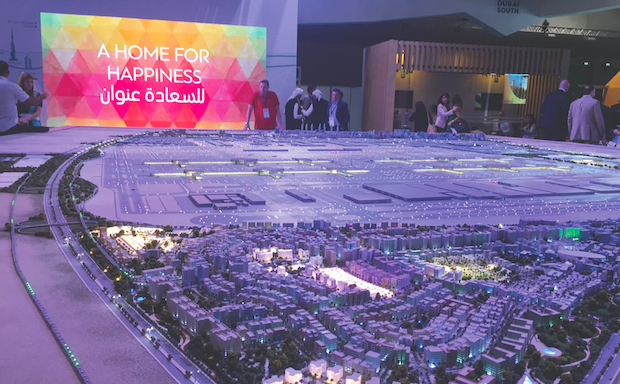 Has Dubai’s property market bottomed out? Are investors starting to express demand again? Are price increases set to begin?

These were some of the questions that the thousands of people attending the annual Cityscape property exhibition in Dubai last month hoped to find answers to.

One of the biggest exhibits was at the state-owned conglomerate Dubai Holding’s stand, displaying its recently unveiled mega project Jumeirah Central.

The $20bn master development, which will take the place of the ambitious Mall of the World project on Sheikh Zayed Road, will be spread across 47 million square feet of gross floor area. 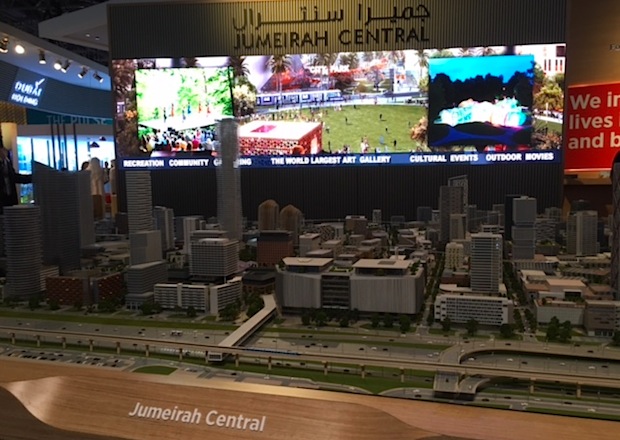 The project’s first phase, consisting of 69 projects, is estimated to cost $6.5bn and is slated for completion by 2020.

Another enormous project that caught the attention of attendees was the golf course community unveiled by Emaar and Dubai South – Emaar South.

Considering the lacklustre performance of Dubai’s real estate market over the last 18 months, are such large scale projects viable in the current landscape?

“You have to put these projects into the context they are meant to be in,” explains Matthew Green, head of research and consultancy at CBRE UAE.

“They are long-term micro cities within the wider fabric of Dubai. The market will evolve over that period.

“It’s going to take time – you don’t just launch 15,000 units in Dubai South and expect them all to sell overnight. The sale phasing will be dependent on how much demand there is from end users and investors,” he says.

Is demand keeping up?

The total value of real estate transactions recorded in Dubai during the first eight months of 2016 reached Dhs158.5bn, according to the Dubai Land Department, with 38,838 sales, mortgages and other transactions. But despite talk of a downturn, most developers are fairly optimistic.

At Cityscape, the developer unveiled plans to open 1,000 luxury hotel and serviced apartment rooms in Dubai by 2020.

“The fundamentals of Dubai are strong. Our proof is that we remain here and we continue to invest in real estate in Dubai so we are satisfied with our performance. We continue to sell and we don’t see any reason for that not to continue,” says Phoenix.

According to Nasser Amer, vice president of sales at Deyaar, investors from the subcontinent are driving sales.

“We have also seen a lot of investment inflow coming from the GCC – specifically from Saudi Arabia. Also some trends from Qatar and Kuwait,” he states.

According to Amer, demand is coming from a mix of investors and end-users. “They are buying with the objective of either living there or flipping it midway if they see capital gains.”

He adds: “But for sure there is no speculation in the market now. Thanks to the government regulations, this segment has vanished from the market.”

Should you hold onto to your property?

Despite the bullishness among developers, analysts admit the market is still softening and may continue to do so.

“From the sellers’ perspective, it is probably not the best time to sell a property on the secondary market,” explains Faisal Durrani, head of research at Cluttons.

Murray Strang, head of Dubai at the consultancy also admits that they are not seeing many active sellers putting a property on the market.

“The sellers we see are actively looking to liquidate and free up funds either because they have to or, strategically, they are looking to reposition funds. But there are not many people picking this time in the market as a good time to exit strategically.”

“On the flipside, we are seeing more people looking to buy,” he adds.

“It’s all very well looking to catch the exact bottom of the market, but right now is quite a good affordable time. We might have six or nine months for the market to recover, but definitely over the next two to four years there will be growth,” Strang elaborates.

Cluttons’ recent survey of Gulf based high net worth individuals also found that Dubai topped the list of places in the MENA region that respondents would like to invest in.

“The UAE and Dubai is viewed quite favourably for this year among regional investors,” Durrani states.

Will prices shoot up again?

Sales prices in Dubai’s residential property market fell by an average of 10 per cent last year – according to market analysts – with reports suggesting a 0 to 5 per cent drop in rates this year.

“Our forecasts remain unchanged and on track, with Dubai likely to see residential values end the year down by between 5 per cent for apartments and 7 per cent for villas,” says Cluttons’ Durrani.

The market is very fragmented with some properties continuing to face declines in the last six months, explains Green from CBRE: “On the flip side you have other properties that have already stabilised and are looking at marginal growth during that period.

“So we are certainly seeing an improvement in investor sentiment, but I still think there are barriers – whether it be US dollar strength, uncertainty about the amount of supply coming through, or overall softening of the economic environment because of dropping oil prices,” he adds.

Also read: Dubai property could become as unaffordable as London

One thing all market insiders seem to agree upon is that the market will stabilise by next year with prices set to increase by end-2017, mainly driven by the Expo 2020 effect.

“They won’t go back to those levels because the incidental corrections that happened to the prices was basically adjusting them to stay where they should be,” states Deyaar’s Amer.

While the market’s first major crash in 2009 – when prices dropped by up to 60 per cent – was driven by serious financial issues and heavy speculation in the market, the second drop in 2015 was a “pure healthy correction cycle,” he says.

“The question is from which limit the prices are correcting – is it from over inflated prices or is it from a reasonable level and then going down – these are the things we need to be cautious about,” he states, adding: “But we can’t continue to increase prices – it doesn’t work that way.”

Green also argues that it is unlikely that prices will reach the same level.

“You have to factor two things in – firstly there’s inflation–adjusted rates. And secondly the amount of supply in the market. For instance, in 2013/2014, Palm signature villas were priced higher than in 2008, but not all developments got back to the same levels.

“The amount of investors who are coming and buying into the expo effect is quite significant – so you can expect to see an improvement in the sales environment – both in value and volume terms as we move into 2017,” he explains.

“But they will be looking into the same fundamentals in terms of new supply so the developers have to be careful about how much product is released into the market. If you get to a point where investors get spooked about supply or the economy then they will start to come out.”

Fears of oversupply in the near future?

Over the past five years, new supply in the market has averaged 10,000 to 15,000 units per year. But with developers announcing large-scale projects in the build-up to the expo, is the shadow of oversupply looming large?

“When you have a single kind of event which is driving a lot of peoples’ strategies such as the expo, there is a propensity for you to have an oversupply period, which could happen relatively quickly,” admits Green.

The majority of big city property markets are impacted by global issues, whatever the effects of domestic demand, opines Steve Morgan, head of Cluttons Middle East.

“My view on Dubai is that in the next three months it will be really interesting to see what happens. I believe the fundamentals are still strong and what is affecting the market at the moment is sentiment.

“The banks are still strong and they are still willing to lend and there are plenty of products in the market.

“I’m confident and hopeful that enquiries will pick up over the next few months – that would lead into perhaps a quicker recovery next year.”

CBRE’s Green adds: “Dubai is a sentiment driven market so as soon as investor sentiment changes, it will move quickly. I don’t think there are any doubts that we are going to soon enter a growth market in Dubai – you can see it coming.”

In the medium term, the next three-to-four years could be the pinnacle of the Dubai real estate market over the past decade, he believes.

“I don’t think anyone will dispute that in the next four to five years in the build up to expo, we will see an increase in the economy in terms of output and we are going to see a real increase in exposure for Dubai. So as an investor, you are buying into a long-term outlook for the market,” he explains.

Despite short-term concerns, investors and developers appear confident in Dubai’s fundamentals as 2020 approaches.