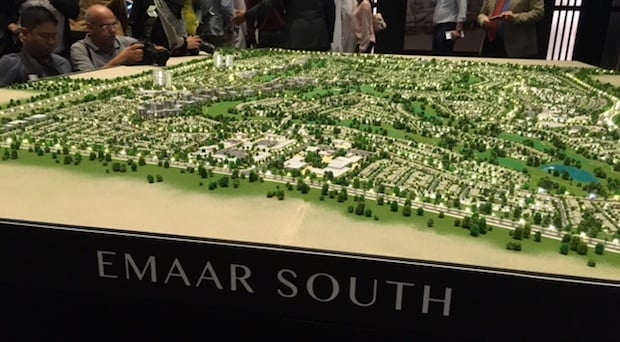 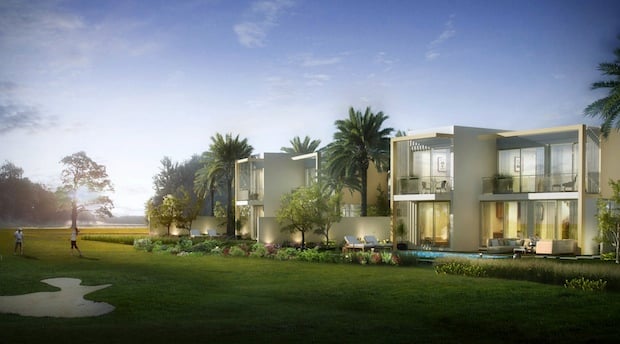 The development will include six districts anchored by an 18-hole championship golf course and clubhouse, community parks, retail precincts and three and four star hotels. 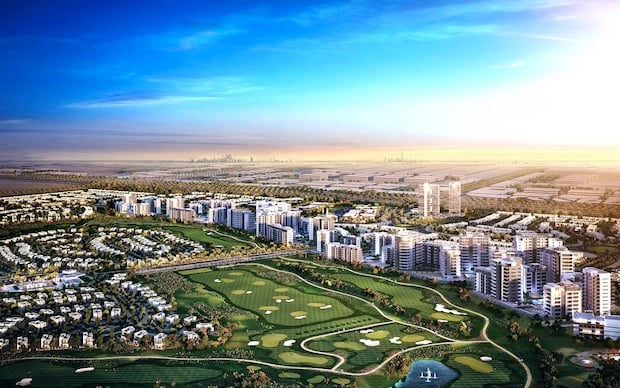 These will be interconnected through tree-lined boulevards, walking and bicycle trails, and a public transport network including autonomous vehicles.

Other amenities in the masterplan include an educational institution and a golf villa recreational centre.

The development is located close to the Al Maktoum International Airport, the Expo 2020 Dubai site, Dubai Parks and Resorts and two freezones.

It is aimed to cater to demand within the 145 sq km airport city including those working at the Al Maktoum airport, Aviation District and Logistics District.

The project will be developed in four phases, with the first phase including tiered townhomes, villas, townhouses and apartments along with retail precincts.

However, Emaar Properties chairman Mohamed Alabbar refused to confirm the overall timescale of the project or how much it will cost.

“It depends on the market conditions – with a project of this size, we might have to modify the design to suit demand,” he told reporters.

However, he confirmed that the first phase would be built in the next four years.

Alabbar also said that the development would be funded by a basket of investment options including equity, debt and off-plan sales.

“We are very conservative about debt, and our cash position is really good, but the interest rate is so sweet now,” he told reporters.

The chairman also affirmed that the company was more positive about its performance this year when compared to 2015.

Several new mega projects have been unveiled in Dubai recently as the emirate gears up to host the annual property exhibition Cityscape later this week.