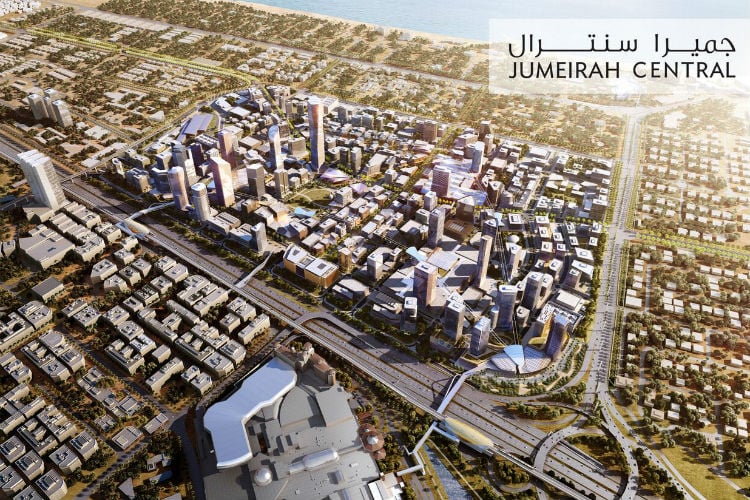 Dubai’s recently unveiled $20bn master development Jumeirah Central will take the place of the ambitious Mall of the World project on Sheikh Zayed Road and feature a number of region and world firsts, Dubai Holding has revealed.

Late last week it was announced that the mega mall project, originally launched in 2014, would be moved to a site on Sheikh Mohammad bin Zayed Road from its original location opposite Mall of the Emirates.

In a release confirming more details of the project today, Dubai Holding said site clearing and preparation was already underway. Renders sent to media showed it occupying the site of the Dubai Police Academy, opposite Mall of the Emirates on Sheikh Zayed Road, originally allocated to the other mega development.

Morgan Parker, who was appointed chief operating officer for Mall of the World in September last year, has also been appointed COO of the new project.

The reason for Jumeirah Central taking the place of Mall of the World at the site was not entirely clear. Work on the latter was described as progressing on schedule as late as the end of May by Dubai Holding chairman Mohammad Abdulla Al Gergawi.

However, Parker did tell Bloomberg in January that the original Dhs80bn ($21bn) plan for Mall of the World would be scaled back and built in stages due to concerns linked to the slowing regional economy.

Read: Dubai Holding scales down Mall of the World plans

Dubai Holding later denied the project was being scaled back but said the funding model would be changed, with the government firm providing a third of the roughly $21bn required.

Read: Dubai’s Mall of the World plans not scaled down; work to begin next year

This more cost sensitive model now appears to have been adopted for Jumeirah Central, with joint venture partnerships in conjunction with domestic and international investors described as the main means of funding.

A number of such agreements are expected to be announced in the coming months, according to Dubai Holding, with an eye on companies interested in long-term ownership of assets.

The first phase of the project is estimated to cost Dhs24bn and will include hotel rooms and apartments, Parker told reporters. 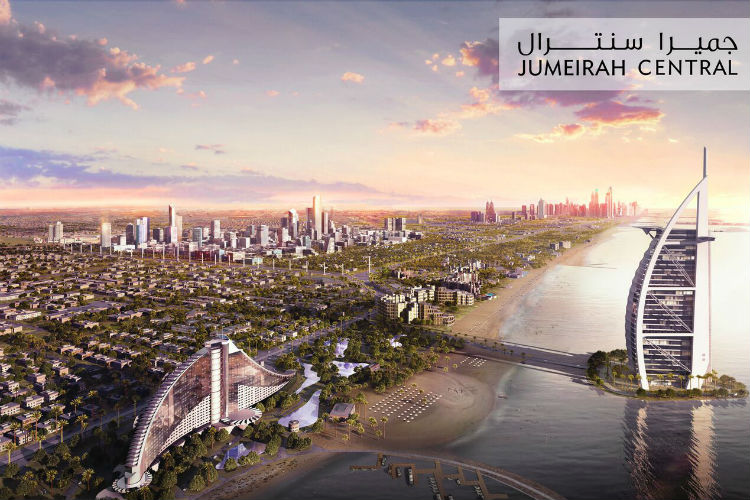 The overall project will include 11,000 residential units, 9.1 million square feet of retail space, 8 million sqft of office space, 7,200 hotel rooms, 40 new entertainment attractions, 37 plazas and 33 parks with an allocation of 35 per cent residential, 21 per cent office, 19 per cent hotel, and 24 per cent retail space.

In an infographic, Dubai Holding said the wider Jumeirah Central project would feature the region’s first central station, with two metro lines, two tram lines, 33 bus lines and an aerial transport system. The region’s largest stand-alone department store and the world’s largest outdoor art gallery will be among the other unique features.