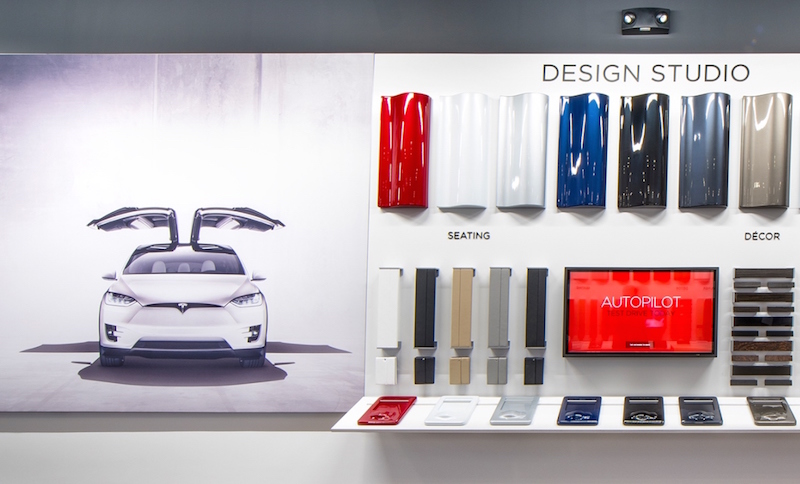 Electric vehicle company Tesla has opened a temporary showroom in Dubai’s Mall of the Emirates as it looks to grow its presence in the regional market.

The 220 square metre showroom will be open until February 2019 and will display Model S and Model X, and also provide information about the company’s new Model 3, which is due to arrive within the first half of 2019.

The Model 3 is Tesla’s more affordable car with a starting price of around $35,000 (Dhs128,000) and is expected to be a big competitor to petrol equivalents such as the Lexus IS and Mercedes C-Class.

It is also projected as “being the safest car ever made”, according to the US National Highway Traffic Safety Administration.

The company sells both its Model S and Model X vehicles in the country, priced from Dhs275,000 and Dhs344,000 respectively.

It also signed a deal with Dubai’s Roads and Transport Authority to sell 200 electric vehicles, with 50 cars added to the limo fleet of the Dubai Taxi Corporation in September last year.

Tesla’s expansion in the UAE comes even as the country – and Dubai specifically – is looking to shift towards greener technologies.

In October, the Dubai Electricity and Water Authority (DEWA) announced the installation of 100 additional electric vehicle charging stations across the city, bringing the total number across the emirate to 200.

They come under a series of EV incentives announced in September 2017 including fee waivers and designated parking spaces.

The Dubai government has also said at least 10 per cent of vehicles purchased by departments will be electric or hybrid from 2016 to 2020.