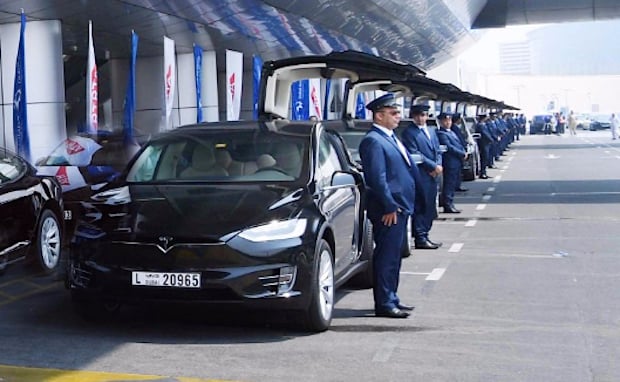 Dubai has launched the operation of 50 Tesla electric vehicles to the limo fleet of the Dubai Taxi Corporation, Dubai Media Office announced on Sunday.

Dubai’s Roads and Transport Authority (RTA) recently took delivery of the cars as part of a deal for 200 Tesla vehicles signed in February on the sidelines of the World Government Summit 2017.

“Accordingly, 75 vehicles will be supplied in 2018, and 75 others are to be delivered in 2019,” confirmed Mattar Al Tayer, director-general and chairman of the RTA.

“The Dubai Taxi Corporation has coordinated with the concerned parties to provide the needed infrastructure to ensure the operation of these vehicles including the provision of 13 electric recharging stations,” he added.

The vehicles contracted by the RTA are of two models: (S) from Sedan and (X) from SUVs of Tesla make. 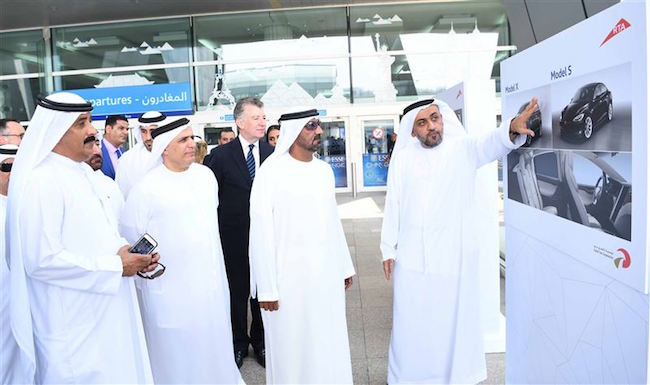 All the vehicles are equipped with the hardware needed for full self-driving capability at a safety level greater than that of a human driver, said Al Tayer.

“Model (S) has garnered the largest possible rating of safety at the time of launch as it can cover the longest distance amongst electric vehicles. Besides its performance and facilities, Model (X) has a unique feature as it is fitted with falcon wing doors, panoramic windshield, a seven-seat configuration that provides an unprecedented level of comfort, and manoeuvrability,” he said.

“Both models can benefit from the free over-the-air software updates that add new features and functionality over time,” he added. 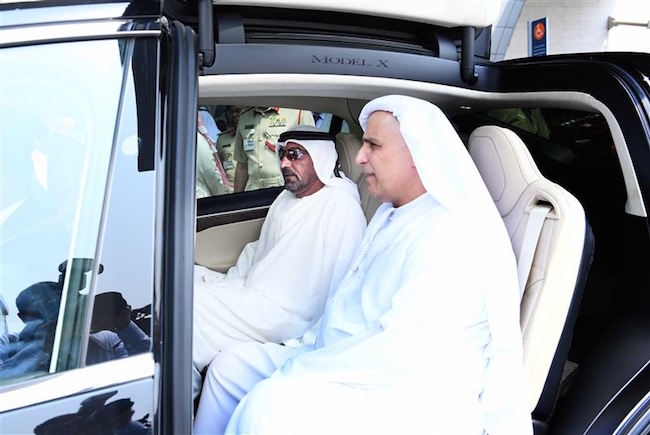 Dubai is currently undertaking a smart autonomous mobility strategy aimed at converting 25 per cent of total journeys into driverless journeys by 2030.

The Dubai government has also announced plans to make up to 10 per cent of its new fleet orders electric and hybrid vehicles.