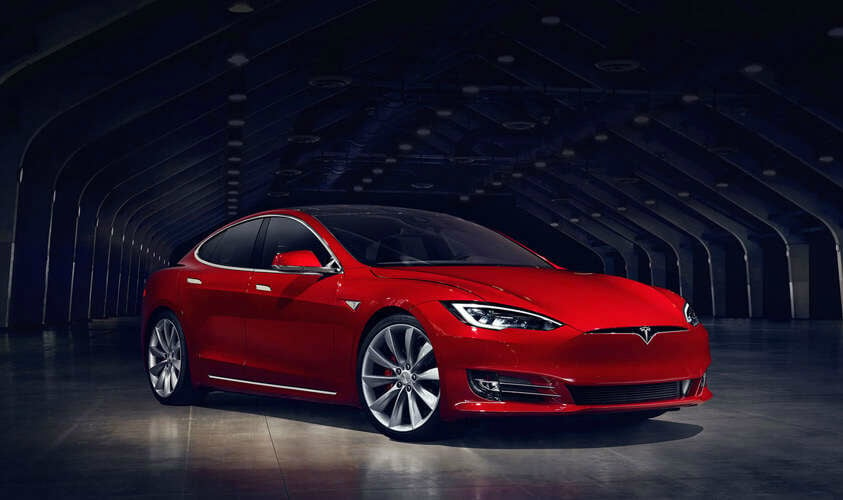 The company said it expected the first orders of the vehicles to be delivered in Dubai this summer.

In addition to the online customisation platform, the company has also launched a popup store in Dubai Mall, its Ranger repair service and two ‘super’ charging stations at Dubai’s Jebel Ali and Abu Dhabi’s Masdar City.

It is also constructing a service centre near Interchange 2 of Sheikh Zayed Road in Dubai, scheduled to open in July.

A second store and service centre are planned to open in Abu Dhabi next year, the company said.

Five additional ‘super’ charging stations, designed to charge vehicles in minutes rather than hours, as well as 50 ordinary charging stations – adding to the existing 26 across the country – will also open before the end of the year.

The Model X SUV is priced from Dhs344,000. The seven-seater features all wheel drive, a range of 565km on a single charge and again can reach 100kph in 3.1 seconds.

All the Tesla cars manufactured from October 2016 onwards have the technology required to make them autonomous.

Speaking to reporters on the sidelines of the World Government Summit, Musk said that Tesla decided to open its first regional centre in the UAE because of the country’s ambitious renewable energy strategy.

The UAE plans to invest up to Dhs600bn as part of its Energy Plan 2050 which focusses on generating power from clean energy sources.

“It’s really exciting what the UAE is doing – it’s a very smart decision for the long term,” said Musk.

“We have consistently heard from the country’s leaders about the UAE’s commitment to the plan and I think we will see concrete action,” he added.

He also asserted that Tesla vehicles were built to withstand the region’s extreme weather conditions.

“We have done our testing in Death Valley – the world’s hottest location. So we are confident that the cars can be driven safely in this region.”

Musk declined to confirm the company’s exact investment figures in the UAE, but said they reached “tens of millions”.

He also did not disclose sales expectations, but said he was confident that they would soon reach “significant” numbers.

“The biggest challenge we expect to face in this region is getting people to change their behaviour patterns,” the CEO said.

Also read: Why A Tesla Car Is Perfect For Dubai’s Roads

Looking ahead, Musk also confirmed that the plan was to open ‘super charging’ stations in Bahrain, Oman, Saudi Arabia and Qatar by next year, at the latest.

“We want to make it as convenient as possible for people to travel across the region,” he said.

To support its expansion in the UAE, the company has already advertised a number of jobs in Dubai.

Read: Tesla reveals Dubai job openings as it prepares to launch officially in the UAE

Some believe the company’s interest has also been spurred by a commitment from the Dubai government to make up to 10 per cent of its new fleet orders to electric and hybrid vehicles.