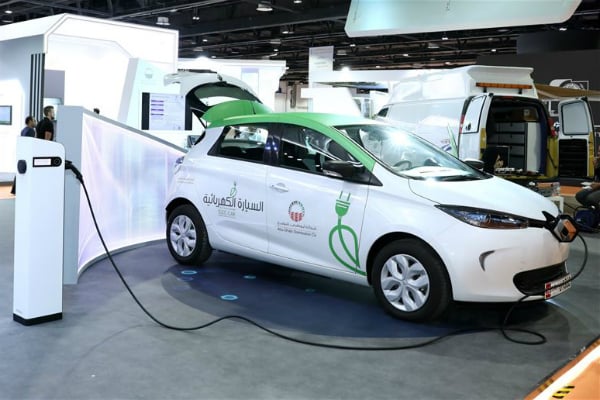 Dubai Electricity and Water Authority (DEWA) has announced the installation of 100 more electric vehicle charging stations across the city and plans to install a further 270,000 smart meters.

The additional charging stations bring the total number across the emirate to 200. They come under a series of EV incentives announced in September 2017 including fee waivers and designated parking spaces.

DEWA said it also cooperated with Dubai government organisations and developers including Meraas, Nakheel and Majid Al Futtaim Group to bring points to Mall of the Emirates, Ibn Battuta, La Mer, The Outlet Village, City Walk and the Palm Jumeirah.

The Dubai government has said at least 10 per cent of vehicle purchased by departments will be electric or hybrid from 2016 to 2020.

DEWA also announced it would install 270,000 smart meters across Dubai under the third phase of its smart grid project.

US multinational Honeywell has been selected to supply and install the meters with the goal of improving performance and energy efficiency.

Once complete, the third phase will see a total of 700,000 smart meters across the city.

DEWA is aiming to have 1 million smart meters installed across the emirate by 2020, replacing all its electro-mechanical meters.

Among its goals are to reduce energy and water demand by 30 per cent by 2030.