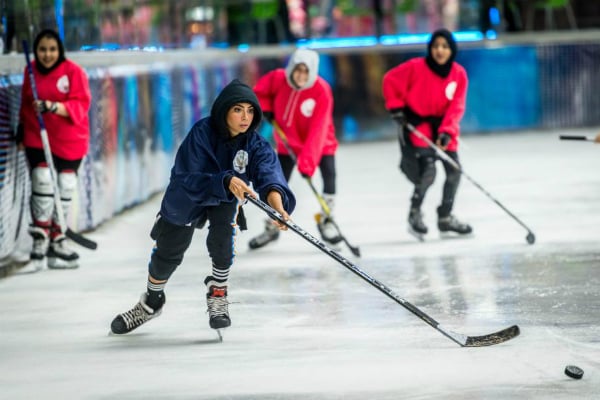 A group of Saudi girls are hoping to become the country’s first licensed ice hockey team, according to reports.

“The girls are hoping that the hockey teams will be supported and provided with an Olympic arena (with an ice rink) for practicing,” Salama was quoted as saying.

Economic and social reforms are opening up new opportunities for women and girls in the kingdom.

Last September, Saudi schoolgirls began taking physical education classes for the first time under a decree set to take effect across the kingdom this academic year.

Boutique gym firm NuYu received an investment from Bahrain-based Arcapita earlier this week, which will be used to grow the company’s network from seven to 30 gyms across the kingdom.

The kingdom also lifted its female driving ban in June and allowed women to attend football games for the first time at the start of the year.

Read: Saudi women are back in the driving seat