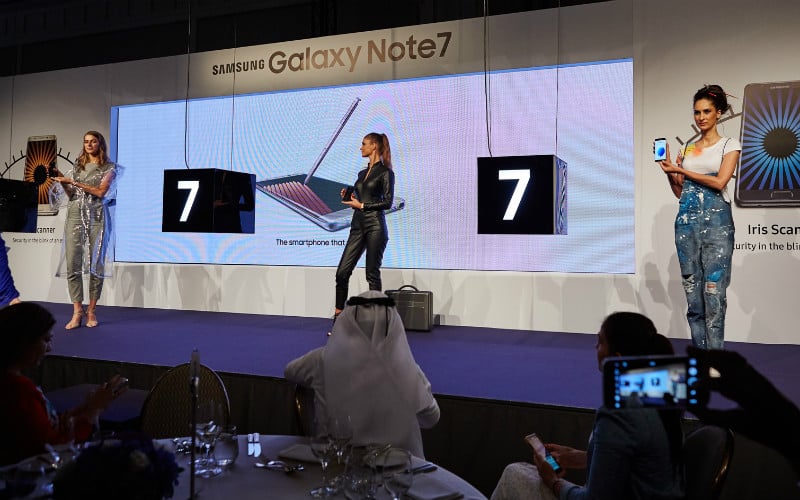 Passengers travelling through airports in Dubai have been banned from carrying the Samsung Galaxy Note 7 due to safety concerns, Dubai’s airport operator said on Tuesday.

In a statement, Dubai Airports said: “In light of advisories from various aviation regulatory bodies and concerns raised by Samsung about its Galaxy Note 7 smartphones, passengers are advised that these devices are prohibited on all flights leaving Dubai International and Dubai World Central (DWC).

“Passengers are requested not to bring these devices to the airport, as they will be confiscated prior to boarding.”

The warning comes after Samsung announced earlier this month that it would stop production of the Note 7, which has received several complaints of faulty batteries causing fires.

Samsung recalled the first version of the Note 7 last month and soon rolled our replacement devices, assuring consumers that the problem had been fixed.

However, after reports of replacement devices also catching fire, the company urged users to stop using the device and asked retailers globally to stop selling it.

The entire fiasco has been tough for Samsung, with the company recalling 2.5 million phones in the first round. The recall is estimated to have cost the company billions of dollars.

The Note 7 has also been banned by airlines around the world including UAE carriers.