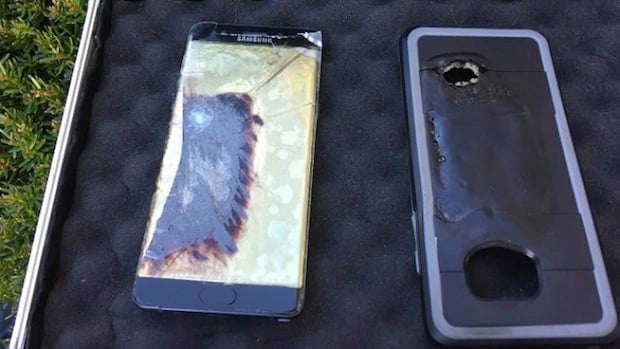 A third Samsung Galaxy Note 7 replacement device has caught fire in the US, according to local media reports.

A man in Kentucky was forced to go to the hospital for acute bronchitis caused by smoke inhalation after his replacement device caught fire when he was asleep.

Michael Klering told local broadcaster WKYT that “he was scared to death” when he woke up at around 4.00am to a bedroom full of smoke.

“The whole room just covered in smoke, smells awful. I look over and my phone is on fire,” he told the station.

Klering said he had been using his replacement device for just over a week when the incident occurred.

“The phone is supposed to be the replacement, so you would have thought it would be safe. It wasn’t plugged in. It wasn’t anything, it was just sitting there,” he said.

It has since rolled out replacements, but one of the new devices once again caught fire aboard a Southwest Airlines plane last Wednesday.

The plane was evacuated before take-off and Samsung said it was investigating the incident.

Meanwhile another replacement device reportedly “melted” in the hands of a 13-year-old girl in Minnesota on Friday.

The entire fiasco has been embarrassing for Samsung, which even had the device banned from UAE airlines last month.

The recall is forecast to cost the company $1bn.