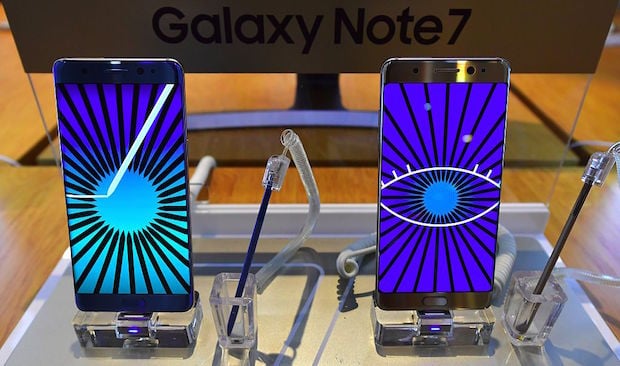 The use of Samsung Galaxy Note 7 smartphones has been banned onboard national airlines in the UAE, the General Civil Aviation Authority (GCAA) has said.

The aviation regulator issued the ban following the recent incidents of the device catching fire because of a battery defect.

GCAA director general Saif Mohammed Al Suwaidi advised passengers not to turn on or charge the device onboard an aircraft and to also avoid keeping it in checked baggage.

Dubai airline Emirates also issued a statement confirming the ban of the Note 7 onboard its aircraft.

“As advised by the General Civil Aviation Authority (GCAA), Emirates Airline can confirm that with immediate effect it will advise customers not to turn on or charge their Samsung Galaxy Note 7 smartphones during flights or stow them in checked baggage due to concerns over the phone’s fire-prone batteries,” official news agency WAM quoted the airline as saying.

“Following the recall of the Samsung Galaxy Note 7 personal electronic device, we would like to request passengers that own these devices to not switch them on or charge them in flight. In addition, we are unable to accept this device in checked baggage,” it said in a statement on Facebook.

At least 35 incidents of fires or explosions have been recorded by Note 7 users worldwide. Samsung is currently undertaking a massive voluntary recall programme to replace all the 2.5 million devices sold since the Note 7’s launch in August.