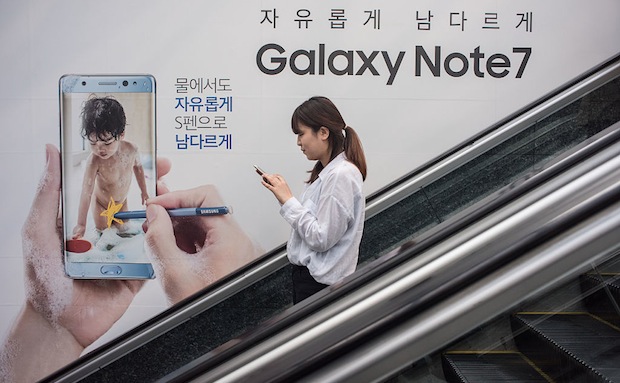 Samsung has urged users of its Galaxy Note 7 to stop using the device and has also asked retailers globally to stop selling the smartphone as it investigates reports of replacements catching fire.

Samsung recalled the first version of the Note 7 last month after receiving several complaints of faulty batteries causing fires. It soon rolled our replacement devices, assuring consumers that the problem had been fixed.

However, in the last week, there have been at least three cases of replacement devices also catching fire.

In a statement on Monday, the Korean company said: “We are working with relevant regulatory bodies to investigate the recently reported cases involving the Galaxy Note 7.

“Because consumers’ safety remains our top priority, Samsung will ask all carrier and retail partners globally to stop sales and exchanges of the Galaxy Note 7 while the investigation is taking place.”

It added: “We remain committed to working diligently with appropriate regulatory authorities to take all necessary steps to resolve the situation.

“Consumers with either an original Galaxy Note 7 or replacement Galaxy Note 7 device should power down and stop using the device and take advantage of the remedies available.”

US mobile networks AT&T and T-Mobile have already stopped replacing or selling the phone while Vodafone and EE in the UK also stopped offering replacements.

In the region, Samsung Gulf has only issued the following statement so far:

“We are temporarily adjusting the Galaxy Note 7 production schedule in order to take further steps to ensure quality and safety matters.”

The entire fiasco has been tough for Samsung, with the company recalling 2.5 million phones in the first round. The recall is estimated to cost the company $1bn.

The Note 7 has also been banned by airlines around the world including UAE carriers.