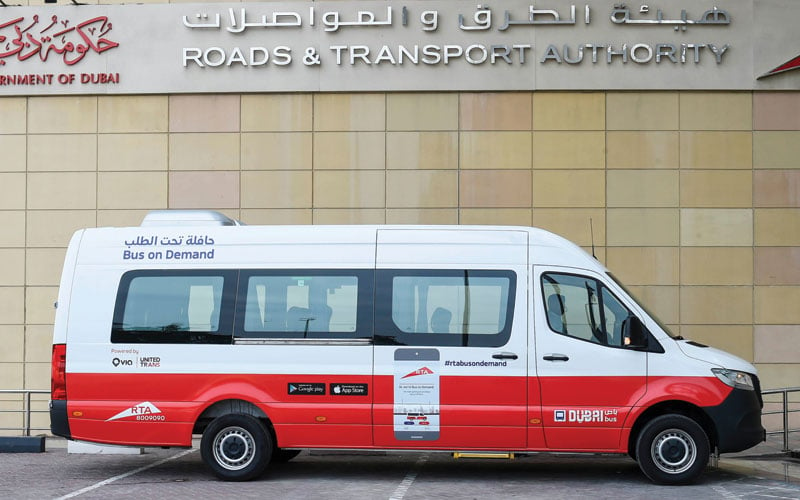 The service can be accessed via the Bus On-Demand app, in partnership with the RTA. 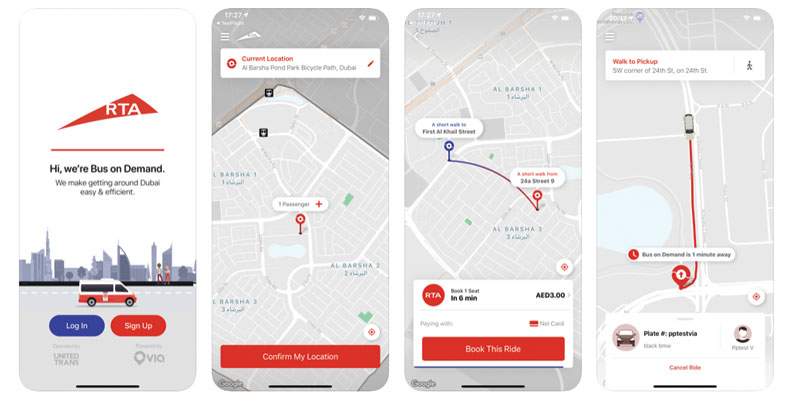 Once users download the app, they can request for a minibus within the designated areas where it now operates.

The app displays information including the expected time of arrival of the bus as well as journey time to your destination once you board the bus.

Users can select their destination and pay through the app itself, much like they would through a regular e-hail taxi service.

RTA entered the geospatial data of the localities in which the new service will operate, thereby allowing users to pinpoint their precise locations within the designated areas.

However, the buses service only a limited area and hence if a customer is picked up in Al Barsha 1, then the drop-off point must also be within Al Barsha 1.

The same rule applies to the other areas covered under the service.

The service will be available even if a single user summons the bus, though the bus will make stops along the route in case other users have summoned it as well.

The official roll-out of the new service follows a period during which it was tested to ensure that it fulfilled its objectives and customer expectations.

Last week, RTA announced that it begun offering real-time updates of bus timetables on Google Maps, in partnership with Google, making Dubai the first city in the Middle East to use open data in public transport.