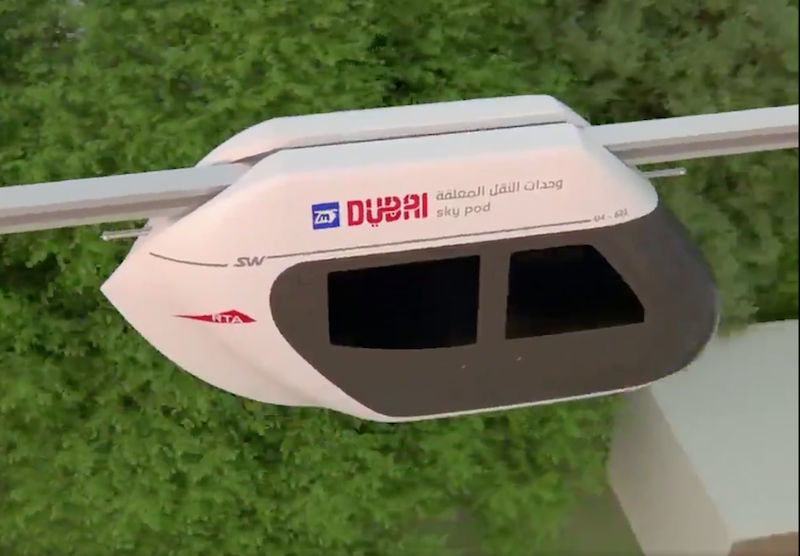 Operations of transit systems such as sky pods occupy less land area than its conventional peers. In addition, they are power-efficient, smaller in size and weight, and are mounted with steel wheels that run on suspended rails, a statement said.

.@rta_dubai signs an agreement with BeemCar Ltd; one of the biggest developers of sky pods in the world. According to the agreement, the company will develop sky pods; a futuristic urban mobility system in Dubai, characterized by speed, safety & the efficient use of resources. pic.twitter.com/f6KABHdWHy

“The signing of the agreement is part of RTA’s efforts to deploy autonomous transit means in line with the Dubai Self-Driving Transport Strategy aimed at diverting 25 per cent of total mobility journeys in Dubai to autonomous transit means by 2030,” said Mattar Mohammed Al Tayer, director-general and chairman of the board of executive directors, RTA.

Dubai’s transport authority has been at the vanguard of introducing technology-fuelled initiatives to encourage the usage of public transport means.

In January this year, RTA announced its intent to introduce an eParking ticket, aligned with its initiative to upgrade parking metres with interactive touch screens.