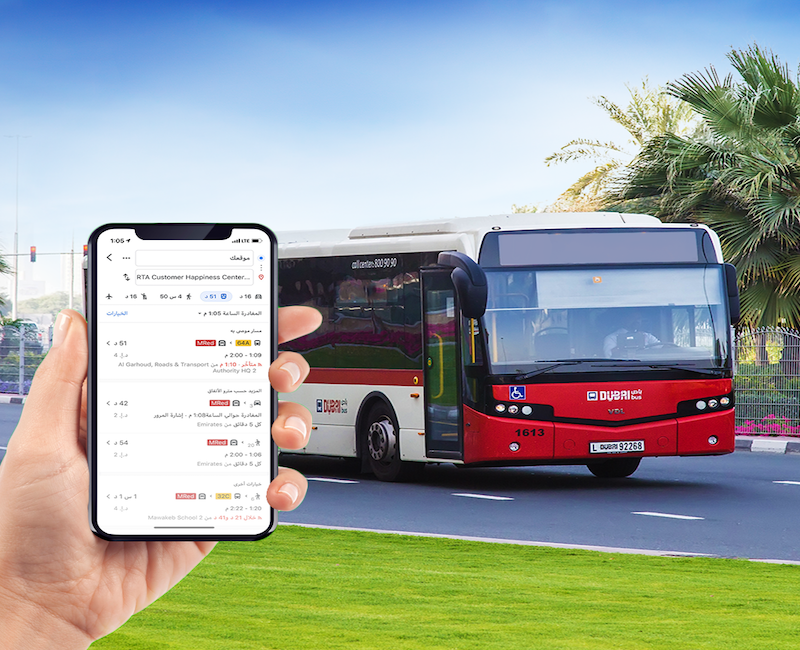 In partnership with Google, RTA will offer instant updates of bus schedules, making Dubai the first city in the Middle East to use open data in public transport.

#Dubai’s Roads and Transport Authority (RTA) has started to run real-time updates of bus timetables on @googlemaps in collaboration with @Google Inc.https://t.co/K8L0Wf8pHv pic.twitter.com/3vWJSX8Ub8

“Previously, Google Maps used to display fixed RTA bus timetables without any updates, which might disrupt the journeys of bus riders. The new initiative aims to overcome delays or early arrival of buses for emergency factors thanks to instant updates now provided.”

In January this year, RTA announced its intent to introduce an eParking ticket, aligned with its initiative to upgrade parking metres with interactive touch screens.