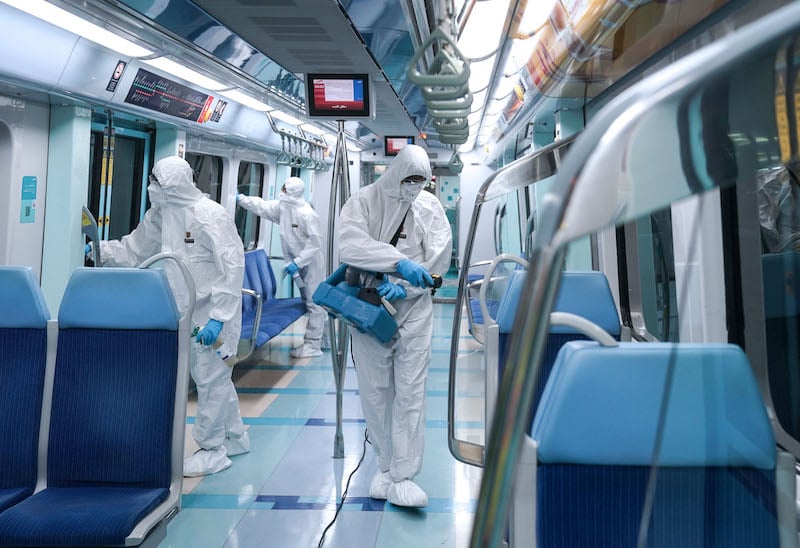 Dubai’s Roads and Transport Authority (RTA) announced on Sunday that the suspension of public transport services including metro, trams, and marine transport services will continue to be suspended between 8pm and 6am daily until the morning of Sunday, April 5, when the ongoing national disinfection programme is scheduled to end, reported news agency WAM.

During the national sterilisation programme and between 8pm and 6am daily, the following is the revised schedule of public transport services within the emirate:

– All public transport journeys will commence at 7am.

– The last intercity bus service will depart at 4pm to Abu Dhabi and Fujairah, and at 5pm to Ajman and Sharjah.

– Taxi services via Careem and Uber apps will be available during the disinfection programme.

Outside of the hours during which the sterilisation process takes place and during which movement of individuals and traffic is restricted, public transport services will operate as per their regular schedule.

“During these hours over this period, all public transport means in Dubai will cease services, and will operate on regular schedules outside those hours i.e. from 07:00 to 19:00,” said a statement from the authority.

Full operational timetables will be restored by the end of the disinfection programme for the metro, tram and bus services.

However, the RTA has decided to stop all marine transport services including abras, ferries and water taxis, until April 30 as part of its precautionary measures to contain the spread of the Covid-19 virus.

The RTA urged commuters using public transport services to use personal protective equipment while doing so, besides maintaining a safe distance from each other.

On March 27, RTA noted that it had sterilised all 47 Dubai Metro stations, 79 metro trains, 11 tram stations and 11 Dubai trams. It also sterilised 1,372 buses and was in the process of sterilising five bus depots and 17 bus stations.

Besides, the RTA confirmed that it had also sterilised the entire fleet of Dubai Taxi, limousines and shared transport (smart rental) operating in Dubai, which exceeded 17,000 vehicles.