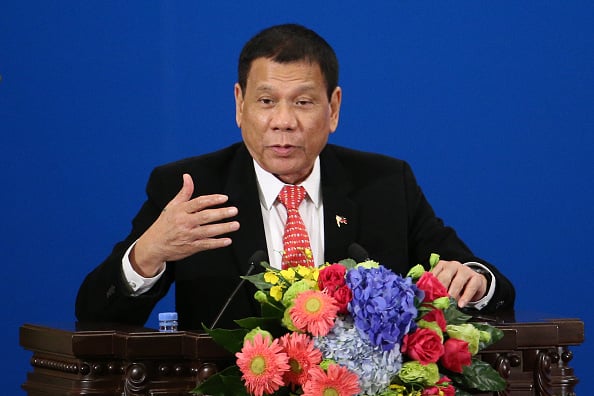 Philippine President Rodrigo Duterte will visit Kuwait next month as the two governments seek to resolve labour issues that have seen a ban on Filipinos coming to the country for work.

The Philippines reinforced a January suspension on its citizens being deployed to Kuwait on February 12 after a string of abuse cases were highlighted by the country’s premier including that of a domestic worker found dead in a freezer.

Three days prior Duterte showed pictures of the body of a Filipino maids assaulted by their employers and called for airlines to fly workers home for free.

“What are you doing to my countrymen? And if I were to do it to your citizens here, would you be happy?,” he was quoted as saying.

Kuwait’s deputy foreign minister Khalid al-Jarallah told reporters on Monday that the country had agreed to a request from Philippine authorities to sign a deal regulating the employment conditions of Filipino workers, according to state news agency KUNA.

The exact terms of this are still being reviewed after the Philippine side submitted a draft.

The Philippine President has also accepted an invitation by the country’s Emir, Sheikh Sabah Al-Ahmad Al-Jaber Al-Sabah, to visit Kuwait in the first or second week of March, the official indicated.

“We are on the way to calm if we have not already reached it,” he said, referencing the “media whirlwind” Duterte’s statements had created.

Kuwait had initially condemned Duterte’s call to evacuate workers after the Philippines’ labour minister indicated 2,200 Filipinos were ready to take up the offer.

Jarallah continued this tone on Monday stating: “We have made it clear to the Philippine authorities that these accusations and information have no basis whatsoever and do not reflect the nature of the situation of Filipino employment in Kuwait and are basically unacceptable,” he said.

“We have asked the Philippine authorities to deal with these issues and contain them and not to escalate the media.”

The reaction to the controversy in wider Kuwaiti society had been mixed with some calling for action to protect workers and others wanting the government to send a strong diplomatic rebuke.

One MP blamed the country’s expat population after it emerged a Lebanese man and his Syrian wife were the most recent tenants of the apartments in which the body of Joanna Daniela Demaflis was found.

It had reportedly remained in the freezer for more than a year after the couple left Kuwait In November 2016.

It was unclear if the Philippines would continue flying home workers before the labour deal is signed. Hundreds of Filipino domestic workers in Kuwait had reportedly fled the employers in response to Duterte’s offer.

The Philippine foreign affairs department had said around 10,000 Filipinos staying in Kuwait illegally would leave under an amnesty that is set to end on February 22.