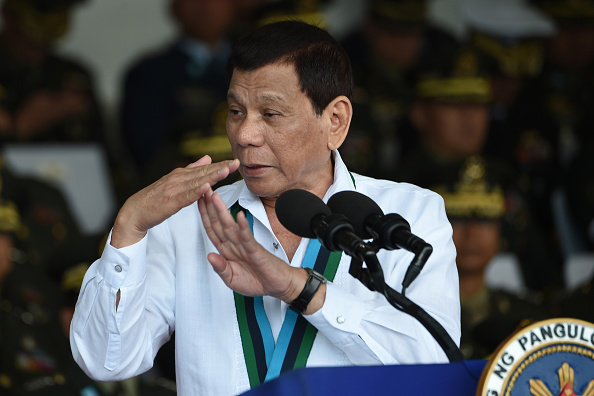 The Philippines will ask its private airlines to evacuate its nationals from Kuwait within 72 hours after the discovery of a Filipino migrant worker dead in a freezer, the latest in what Manila calls a pattern of abuse in the Gulf state.

An emotional President Rodrigo Duterte live on television showed graphic photos of the body of a Filipina found in the freezer of an abandoned apartment in Kuwait and made a plea to Gulf states to treat his countrymen with dignity.

“I implore you, I am making a plea to all Arabs, the Filipino is no slave to anyone, anywhere and everywhere,’ Duterte said.

“Do not give us back a battered worker or a mutilated corpse.”

The tough-talking leader said his suspension on sending workers to Kuwait, announced in January after a series of deaths of Filipino workers, would remain indefinitely.

He warned of “drastic measures” to prevent further loss of lives. He did not say what that would be.

“What are you doing to my countrymen? And if I were to do it to your citizens here, would you be happy?,” he asked.

The Kuwait government could not immediately be reached for comment.

Deputy foreign minister Khaled al-Jarallah was last month quoted by Kuwait’s state news agency KUNA as saying that legal proceedings had been taken in the cases of four domestic workers mentioned by the president.

More than 250,000 Filipinos work in Kuwait, the Philippine foreign ministry estimates, most of them as domestic helpers. There are also large numbers in the United Arab Emirates, Saudi Arabia and Qatar.

“Those who want to be repatriated, with or without money I will ask PAL (Philippine Airlines) and Cebu Pacific to provide the transportation,” Duterte said.

“I want them out of the country, those who want to go out, in 72 hours. We will count our lives by the hours because apparently every hour there is suffering and agony,” Duterte said.

He has repeatedly expressed anger about alleged abuse in Kuwait, where he said low-paid Filipinos were made to endure rape and starvation.

More than 2.3 million Filipinos are documented as working abroad.

Collectively they remit more than $2bn of their income back to the Philippines every month, money that fuels consumer spending in one of the world’s fastest-growing economies.