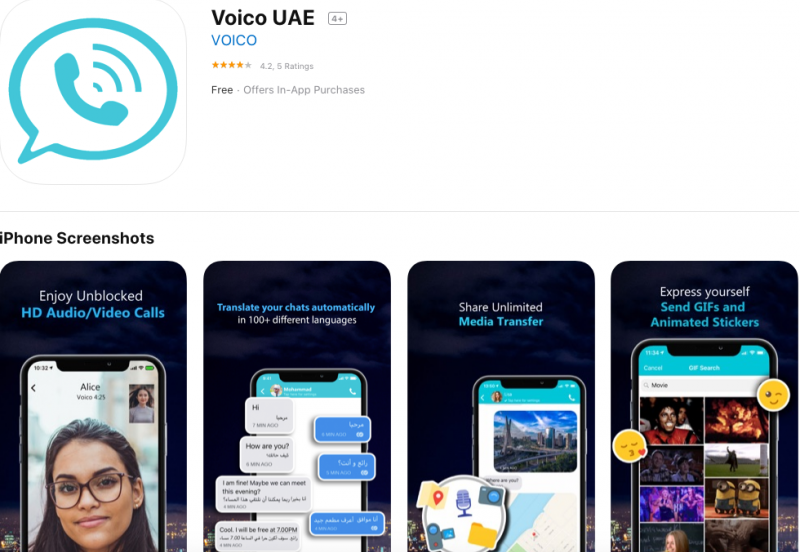 Another new video calling app appears to have received regulatory approval to operate in the UAE.

On its website, UAE telecoms operator Etisalat has added the ‘Voico UAE’ app to its list of providers offering video and voice calls.

The Voico UAE app – free to download worldwide – is available on the Apple app store as well as Google Play store.

The app is not yet available with du, according to its website.

Voico is the latest to join the list of supported video/audio calling apps in the UAE such as Botim, C’Me and HiU.

Another app, Yzer, was also included in the list in August following its launch.

All free international voice over internet protocol (VoIP) services including Skype and WhatsApp calls currently remain blocked in the UAE as per regulations issued by the Telecoms Regulatory Authority (TRA).

However, the ban on WhatsApp calls could be lifted soon, a senior cyber security official recently said.