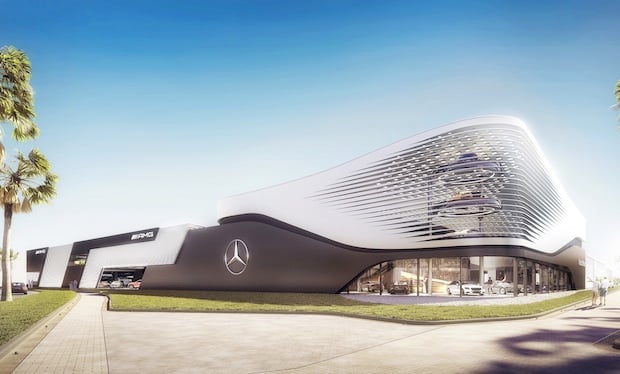 The new 5,900 sqm showroom will be located within Aldar’s 27,000-sqm retail park. It will be situated close to Yas Mall and opposite the mall’s luxury department store, Tryano. 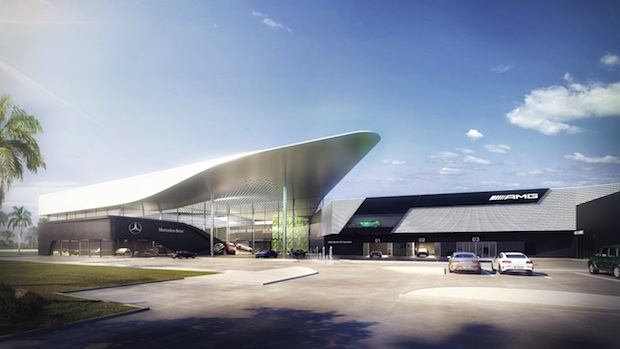 The project will be designed and developed by a consortium of four architectural companies, a statement said. 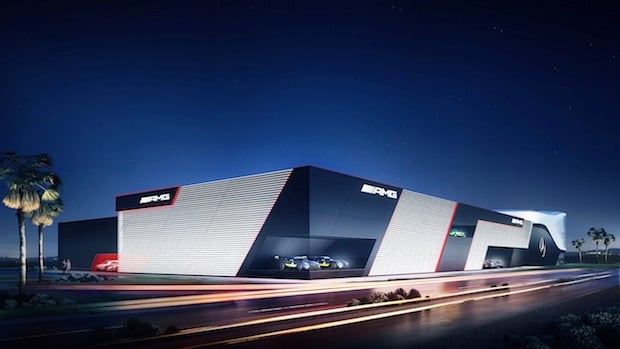 Construction is scheduled to start in Q4 2017, with handover to Al Fahim Group in early 2019.

Currently, Al Fahim Group operates the world’s largest Mercedes-Benz facility in the industrial zone of Mussafah through its subsidiary Emirates Motor Company – which is the authorised Mercedes-Benz distributor in Abu Dhabi.

Ahmed Abdul Jalil Al Fahim, chairman of Al Fahim Group, said: “We are excited to partner with Aldar to build the world’s first Autohaus combining the new Mercedes-Benz and AMG Performance Center architecture under one roof.

“The complex will have all the elements of future showroom concepts for Mercedes-Benz and AMG, such as complete digitalisation and new job roles. The facility is part of our group strategy to demographically expand and provide added services.”

Mohamed Khalifa Al Mubarak, CEO of Aldar said: “This deal comes soon after announcing our retail park plans within our investment programme, and we look forward to the new showroom making an impact on our recurring revenues as soon as next year.”

In terms of retail, along with Yas Mall, Yas Island has Ace Hardware and Ikea stores. Aldar also has over 3,500 homes under development across the island which include West Yas, Mayan, Yas Acres and Ansam, with Ansam due for handover later this year.