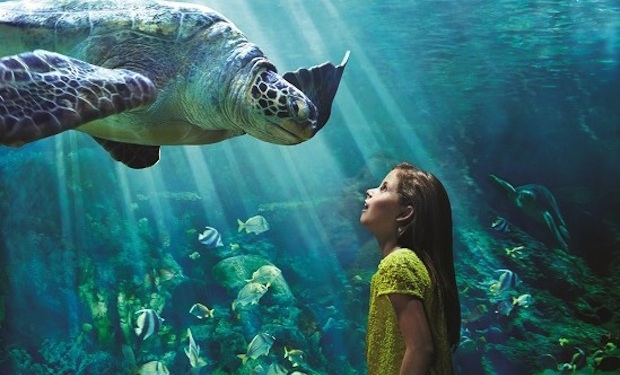 SeaWorld has revealed plans to open its first theme park outside the US in Abu Dhabi.

Located on Yas Island, SeaWorld Abu Dhabi is being developed in partnership with Miral and is slated to open by 2022.

It will be the company’s first new park without orcas, and will integrate up-close animal experiences, mega attractions and an aquarium.

The theme park will also include the UAE’s first marine life research, rescue, rehabilitation and return centre that will work on the conservation of local marine life, a statement said.

It is planned to open ahead of the marine life themed park.

Joel Manby, president and CEO of SeaWorld said: “We are excited to announce our first international expansion and our partnership with Miral as we design a next generation SeaWorld that engages, educates and inspires, a blueprint brought to life in Abu Dhabi.

“This new park, combined with a dedicated research, rescue, rehabilitation and return facility focused on marine life care and conservation, presents an opportunity for collaboration and greater understanding of how species have adapted to the region’s unique marine environment, and to inspire the next generation of visitors, conservationists and animal care experts.”

Mohamed Al Zaabi, CEO of Miral added: “As Abu Dhabi’s developer of unique and exciting destinations, the opportunity to design a next generation marine life themed park in partnership with SeaWorld is bold and ambitious.”

The destination hopes to double visitor numbers to 48 million by 2022.