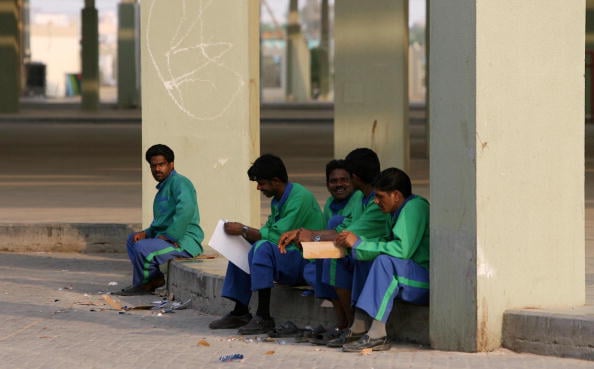 Authorities in Kuwait are reportedly planning to reduce the number of foreign residents in the country by at least 1.5 million over the next seven years.

Arabic newspaper Al-Qabas cited sources as confirming that government’s legal department had asked for opinions from other government agencies on the possibility of establishing a national committee to rebalance Kuwait’s demographic structure.

The large number of foreigners, which account for around 70 per cent of the 4.6 million population, has led to calls from some members of parliament for nationality quotas, higher fees and other restrictions.

Read: Kuwait MP calls for foreign workers to be charged “for the air they breathe”

Al-Qabas said the committee would propose and implement plans to decrease the number of foreigners to 50 per cent of the population.

This would mean the number of expats would need to be reduced by at least 1.5 million based on government projections that the Kuwaiti population will rise from 1.4 million to 1.7 million over the next seven years.

The committee is also expected to enforce plans that would see the number of foreigners of a specific nationality capped at 25 per cent of the population, meaning at least 600,000 Indians and 300,00 Egyptians would be deported, according to reports.

In addition, it plans for 10 per cent of foreign employees in the public sector to be replaced every year and 5 per cent of those in the private sector.

Separately, Arabic publication Al-Rai reported that the country’s manpower authority had cancelled thousands of ‘job titles’ held by foreigners in the private sector because they were found to not have a university degree or held a degree that was not endorsed by their country of origin.

Many of those affected have opted to leave the country, according to reports.

The manpower authority is also reported to be pursuing a ban on foreign nationals with low degree scores from working in the private sector to improve the quality of the labour force.

Similar steps to reduce the foreign population are being taken in the public sector, with the Civil Service Commission (CSC) saying in August it planned to terminate more than 44,5000 foreign workers and replace them with citizens in the coming years.