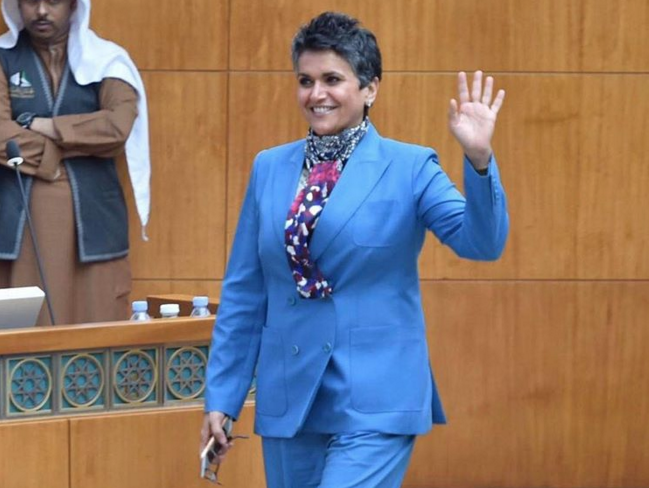 Kuwait’s only female lawmaker has called for expats in the country to be charged “for the air they breathe” as the government pursues a study of a new taxation law, according to reports.

MP Safa Al-Hashem has drawn controversy in the past after submitting proposals including a $3,300 fee for foreign workers to obtain driving licences and a 10-year limit on their stay in the country.

Kuwait Times reported that she responded to the government tax proposal by calling for further measures against the country’s foreign population instead.

“Expatriates must be charged for everything, for medical services, infrastructure and again I say for the air they breathe here,” she was quoted as saying at a press conference following a meeting of a parliamentary committee tasked with finding jobs for Kuwaitis by replacing foreign workers.

The lawmaker added that taxation “will be applied on Kuwaitis only on my dead body”.

Al-Hashem has been among a group of MPs who have called for the country’s 4.5-million population to be rebalanced. Currently an estimated 70 per cent of the populace is foreign and the lawmakers argue there are too many poorly educated expats in the country.

On Sunday, she questioned why the country had a population of 110,000 foreign workers deemed ‘illiterate’. “Why are they here in the first place,” she was quoted as saying.

In other comments reported last week, another senior MP described nearly a third of the country’s foreign workers as “not useful”.

Read: Kuwait lawmaker says 30% of expats in the country ‘useless’

Mohammad Al-Dallal, who heads the panel Al-Hashem attended, told reporters the large number of expats in the country puts pressure on essential services and infrastructure.

Dallal was quoted as saying that his committee was expected to recommend that the government bar foreign workers from some private sector job roles to make them “entirely for Kuwaitis” over the next 10-15 years.

Similar steps are being taken in the public sector, with the Civil Services Commission (CSC) saying in August it planned to terminate more than 44,5000 foreign workers and replace them with citizens in the coming years.