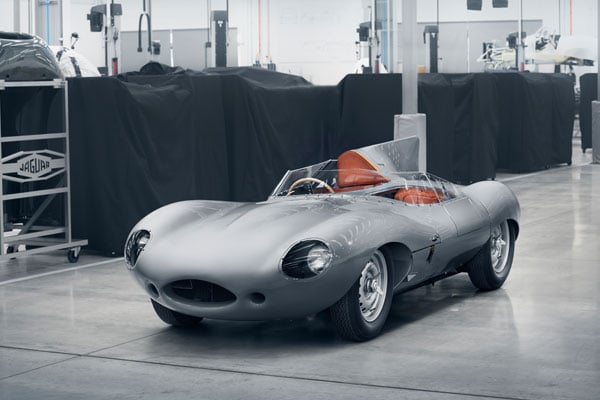 The 24 hours of Le Mans is the granddaddy of all endurance races. It’s where second-rung carmakers are separated from the all-time greats. In the basket of the latter is Jaguar, which had an enviously successful run in the 1950s.

Jaguar had a healthy habit of building cars that began life as racecars and were then adapted to become road-legal cars as well. As a result of its racing bent of mind, aerodynamics and sheer power were always at the forefront of its design and build brief.

The C-Type, for example, had a lightweight tubular frame and, revolutionary for its time, also boasted of disc brakes on all four wheels. That meant racers could drive it at the very edge of its limit before stepping on the brakes at the last moment as they entered a corner. One of racing’s most important tenets is not only how fast you go, but also how fast you scrub off that speed. 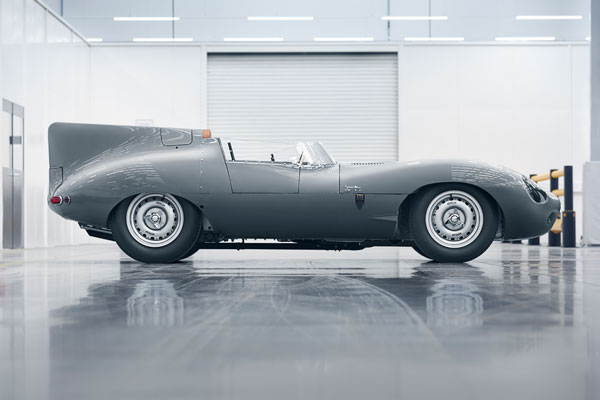 The C-Type won the Le Mans in 1951 and then again in 1953. But with Ferrari and Mercedes furiously chasing down Jaguar, it was time to build a successor.

Enter the Jaguar D-Type. While the C-Type was a venerable racing machine, one of its biggest flaws was that it wasn’t able to go flat-out in the long straights of Le Mans, especially the infamous nearly-6km Mulsanne Straight. Malcolm Sayer, a former aircraft engineer, was drafted to work on the design of the D-Type and was tasked with making it more aerodynamic than the C-Type.

Instead of a tubular steel frame as found in the C-Type, Sayer opted for a monocoque construction made from sheets of aluminium alloy. The fuel-filler was placed behind the driver’s seat, and in a move that referenced aeroplanes; the fuel was stored in the tail of the car. 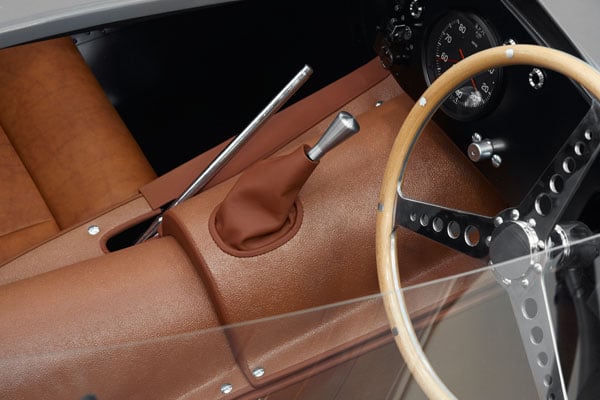 The changes paid off and the D-Type ended up winning three Le Mans on the trot from 1955-1957. The redesigned car could now reach a top speed of 180mph – nearly 290kph – which is mind-boggling when you consider that it didn’t have a shred of electronic gadgetry you see in modern-day racing cars. The D-Type was destined for glory.

At around that time, Jaguar decided to build a total of 100 D-Types. It ended up building just 75. It decided to use the remaining 25 D-Type chassis to build the XKSS. Unfortunately, only 16 of those XKSSs were built before a fire swept through the Jaguar factory destroying the remaining nine chassis.

Fast-forward to 2017 and Jaguar Land Rover decided to set up the Jaguar Land Rover Classic Works facility at the Browns Lane site in Coventry. Spread across 14,000 square metres with 54 service bays, JLR says that it’s the largest facility of its kind in the world – a claim we cannot dispute.

The scope of work at Classic Works generally covers three major categories: ‘continuation’, ‘restoration’ and ‘reborn’. Continuation is JLR’s way of finishing up the production of certain historic models that didn’t complete their full production cycle for one reason or another. The restoration department allows customers from around the world to bring in their classics and have the team work on them with tools and technical references that you are likely to only find at JLR’s facility. The reborn programme involves the team scouting around for barn finds of ultra- exclusive models, buying them from their owners, restoring them and then reselling them in the market.

The continuation department is an exciting one when you consider that there will be mint condition classics rolled off from this facility. Some 62 years after the last D-Type was made, Jaguar is making good on its promise. It will manufacture the remaining 25 D-Types. 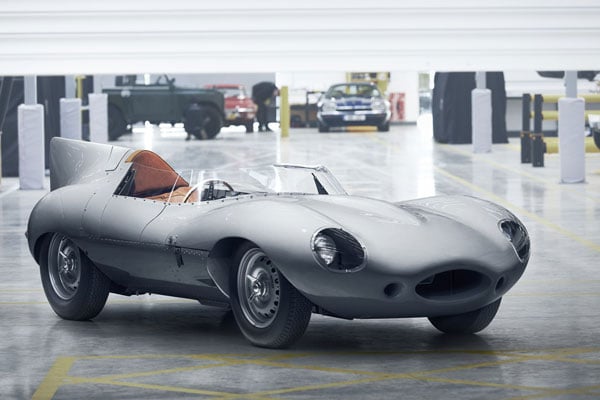 It dug into its archives to extract the original drawings; technical specifications and design pointers outlined for the original car as well as sourced special tools that were used in the original production (including those salvaged after the devastating fire).

The result is this faithful all-new Jaguar D-Type, which debuted at the Salon Retromobile show in Paris earlier this year. The handcrafted riveted aluminium bodywork on it looks just like the original and the Dunlop wheel, tyres and brakes are all period correct as well.

The interiors have the same round speedometer dial and a glorious wooden steering wheel perforated with steel. There’s plenty of tanned-leather in this two-seater car (Le Mans rules stipulated that there were necessarily two seats in the car) and a distinctive wand-like protruding parking brake. Underneath the hood you’ll find a remanufactured version of the original in-line six-cylinder 3.4-liter XK engine used in the D-Type of the 1950s, complete with wide- angle cylinder heads and a four-speed manual gearbox that back then – as it can even today – made champions out of mere men.

You can order the car with either the long-nose or short-nose variant  and in a colour of your choice. Our recommendation: opt for the long-nose variant in the Ecurie Ecosse blue-and-white livery. As for the price? We don’t know  yet, but here are some pointers. The actual 1956 Le Mans-winning D-Type auctioned for nearly $22m two years ago. Another D-Type, owned by the billionaire former F1-boss Bernie Ecclestone was offered at auction for around $12m not very long ago. For the new D-Types that Jaguar is building, get ready to pay in seven figures.

We’d stick our necks out and say that this is probably the last time that you’ll be able to buy a brand new Jaguar D-Type. Once the British carmaker fulfils its promise of building those final 25 cars, it’s unlikely to revisit the project. Score one now, and you’ll have a bonafide collector’s item on your hand and a set of wheels which will be a hot favourite with auction houses a few decades from now.