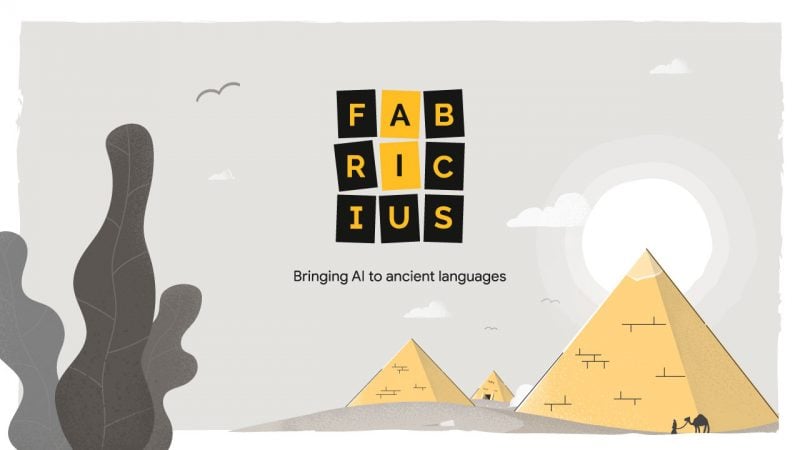 Google has launched a new machine learning tool that can help decode Egyptian hieroglyphs in Arabic and English, it announced on July 15.

The tool, Fabricius, will also facilitate the work of egyptologists and create awareness about the history and heritage of the ancient Egyptian civilization.

Fabricius – created in collaboration with the Australian Center for Egyptology at the Macquarie University in Australia, Psycle Interactive, Ubisoft and egyptologists – is available on the free Google Arts and Culture app.

Users can access these through technologies such as virtual or augmented reality, high resolution imagery, Street View and others.

Fabricius will expedite the process of collating, cataloguing and understanding ancient hieroglyphs. The “work” section of the tool currently allows translation of hieroglyphs into English, with Arabic translation expected to be available soon. It also provides an opportunity for people to learn about, write and share their own messages using hieroglyphs.

“We are very excited to be launching this new tool that can make it easier to access and learn about the rich culture of Ancient Egypt. For over a decade, Google has been capturing imagery of cultural and historical landmarks across the region, from Egypt, the UAE, Lebanon, Palestine, Tunisia and more, while making it available on Maps, Street View and Google Arts & Culture,” said Chance Coughenour, head of preservation at Google Arts and Culture.

“Together with our partners, we remain committed to promoting the rich history and heritage of the region, and to make it accessible to everyone,” he added.

Since 2013, Google has digitised rich imagery of over 20 historical landmarks and sites, including the Pyramids of Giza in Egypt, Petra in Jordan, Sheikh Zayed Grand mosque in the UAE, Baalbeck and the Temple of Jupiter in Lebanon and the Amphitheatre of El Jem in Tunisia, among others.

The metaverse: What are you missing out on?

How DEWA is using AI to boost operational efficiency