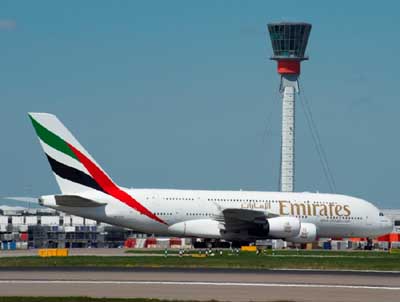 Emirates airline’s planned alliance with Australia’s struggling Qantas Airways does not include a revenue-sharing agreement, the chairman of the Dubai-based carrier said on Wednesday.

“The deal is likely within six months,” he said. “We are not discussing revenue sharing.”

Last week, Qantas confirmed it was talks with Emirates on a potential alliance to help its loss-making international division by giving the carrier access to greater numbers of passengers from Emirates’ hub in the Middle East.

Emirates, which is reaching the limits of a fast-paced expansion plan, has long said that it would not take equity positions in other airlines but was open to code-sharing agreements that could see passengers ferried through Dubai.

Emirates to restart A380 daily service to Perth from December 1