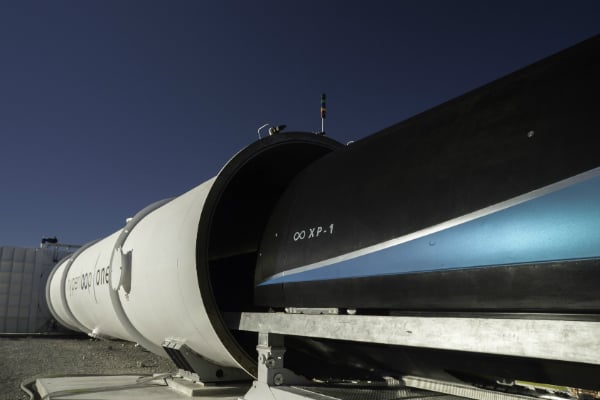 Dubai-based ports operator DP World was among the participants in a $50m funding round for high-speed transportation company Virgin Hyperloop One.

The investment coincides with reports of the company running low on money as it continues to build a conceptual high speed transportation system involving the use of pressurised tubes to transport human and freight cargo at speeds of up to 1,100kmh.

DP World was joined by Russia’s Caspian Venture Capital in the round, which coincided with Virgin Hyperloop One’s naming of British billionaire Richard Branson as its non-executive chairman.

Branson joined the company’s board in October after his company Virgin Group confirmed an investment and strategic partnership.

Virgin Hyperloop One’s funding since being founded in 2014 stands at $295m. DP World has backed the company in each of its investment rounds.

“This investment provides Virgin Hyperloop One with a very robust financial platform for 2018 ahead of our Series C round of fundraising. We are so proud to have investors who consistently step-up to support our company and our vision,” said Virgin Hyperloop One’s CEO Rob Lloyd.

“Our focus in 2018 will be on accelerating commercial agreements for both passenger and cargo projects.”

The company recently completed a third phase of testing at its circuit in Nevada, reaching speeds of 387kmh. Under its roadmap, it plans to begin initial testing at a production level in 2021.

Hyperloop One signed an agreement with Dubai’s Roads and Transport Authority last year to conduct a feasibility study into a potential hyperloop system linking Dubai and Abu Dhabi.

If completed, the system will allow travel between the two emirates in 12 minutes.

Executives have said Dubai could be the location for the company’s first commercial hyperloop project.

Read: Hyperloop One begins hiring as it prepares to open Dubai office in September